No Halloween Plans? Dive into Deliverance

No Halloween Plans? Dive into Deliverance 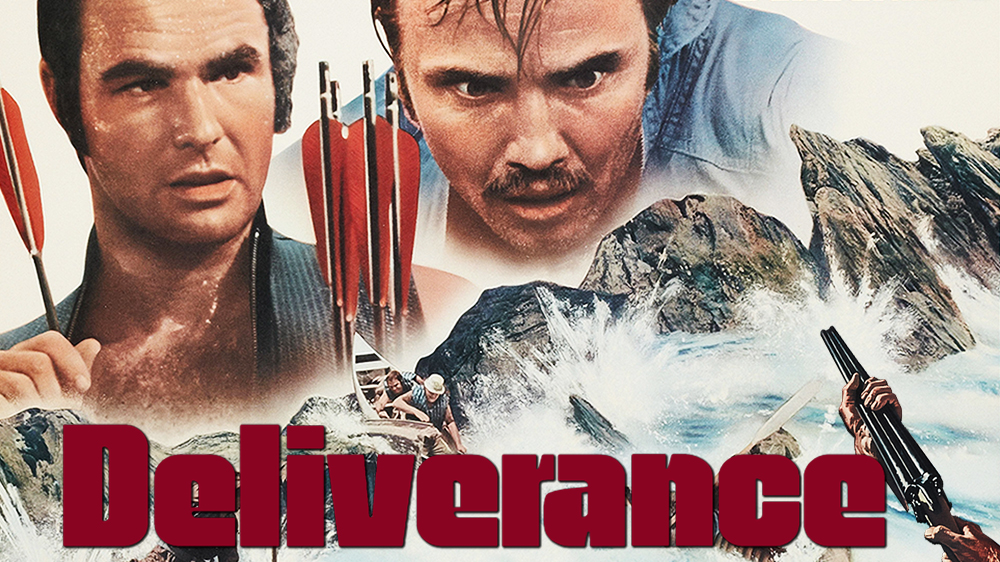 Looking for something special this Halloween weekend? If you’re in South Carolina in the United States, you’re in luck. One of the most notorious films of all time has an entire set that currently rests 40 meters below a body of water.

Set in the far reaches of rural Georgia, but filmed in South Carolina as well, Deliverance is a sprightly, uplifting tale of four friends on a canoeing trip out to enjoy some fresh air and a bit of unspoiled wilderness; that is, until the locals get a bit too close to the “city boys.” After a bit of unsettling conversation at the local general store, accompanied by a rendition of “Dueling Banjos,” the men take off into the woods in search of a bit of solace, but their nice getaway turns into a nightmare rather quickly.

Before the nightmare begins, as with all good suspense, there’s a bit of foreshadowing. When the men head off into the woods, they notice that in the old, hollow town they’ve arrived in the bodies are being removed from a graveyard. How this happened, cinematically, for the director of the film isn’t actually a case of careful planning but a nice coincidence that occurred while the crew was filming, and the end product was what could be considered one of the most haunting dive sites available in the entire world.

The dive site I’m talking about is Lake Jocassee in South Carolina. It hasn’t always been there. In 1973, a year after the film was produced, the area was filled in with currents from cold, freshwater sources surrounding it to make what is commonly known these days to be a clean and clear source of water. The lake, which is fairly far inland, has an average depth of around 50 meters and a surface area of 30 square meters.

At one section of the bottom of the lake sits the old cemetery from the Mount Carmel Baptist Church, the very one seen in the film. When Burt Reynolds, Jon Voight, and the crew arrived to shoot their masterpiece of psychological thriller the town was excavating the bodies from the soon-to-be-flooded site to move them to a more permanent resting place across town. Without this context in the film it gave an organically eerie feeling that very few movies are able to achieve, but the truth is far less sinister. Seeing the need for a new reservoir to accommodate the cooling process of a power plant, the town found a vacant spot, well, aside from the dead, and filled it in with water in cooperation with its residents, the living ones anyway. As of press time the deceased could not be reached for comment.

What they did leave after moving the bodies, however, were the gravestones. It was ruled too cumbersome and hefty a task to bring the stones to the new location; so, in lieu of moving them, they simply made a whole new set under which the dead could to get back to rest. While this may seem a bit uncouth, as some of the graves date well back before the American Civil War and we’re sure were well at slumber, it does make for a creepy diving experience that very few explorers dare to enter.

But it’s not a tale of ghosts and goblins (and unfriendly locals) that is the only thing keeping the curious diver at bay. Simply put, the depth of 40 meters is too far for most divers. It’s the deepest recommended for a recreational dive, and even then, it’s highly recommended to have deep diver training before heading that deep. For those lucky enough to go, you’re in for a treat. Let’s put it this way… have you ever been through a graveyard in the darkness of night, nothing to hear but your own breath? Take that and add the fact that you’ll be brushing lake debris off of graves with nothing but what’s in your head to keep you company, literally no one to hear you scream, as if you could with a tank anyway, and only nine minutes to stay in the pitch black, cold, underwater graveyard before you become a permanent exhibition. “Not for the faint of heart” comes to mind.

For those who do go, you get all of the Halloween bragging rights. Sure, your neighbor’s kid put a lot of time into that zombie costume, but you took the plunge all the way down to a scene from one of the masterpieces of 1970’s cinema. Yeah, great, Brenda made her candy apples again… but you, with your own two hands, touched a tombstone that has rested under a lake for over forty years. Basically, don’t let anyone else at the Halloween party talk, you’ve won this year.