National Geographic has been showcasing inspiring nature photos from around the world for more than a century. Explore the prize-winning photos and see the editors' top picks for Underwater cateogory. The contest also saw awards handed out in three other categories: Wildlife, Landscapes and Aerials. These winning image will be published in an upcoming issue of National Geographic magazine. 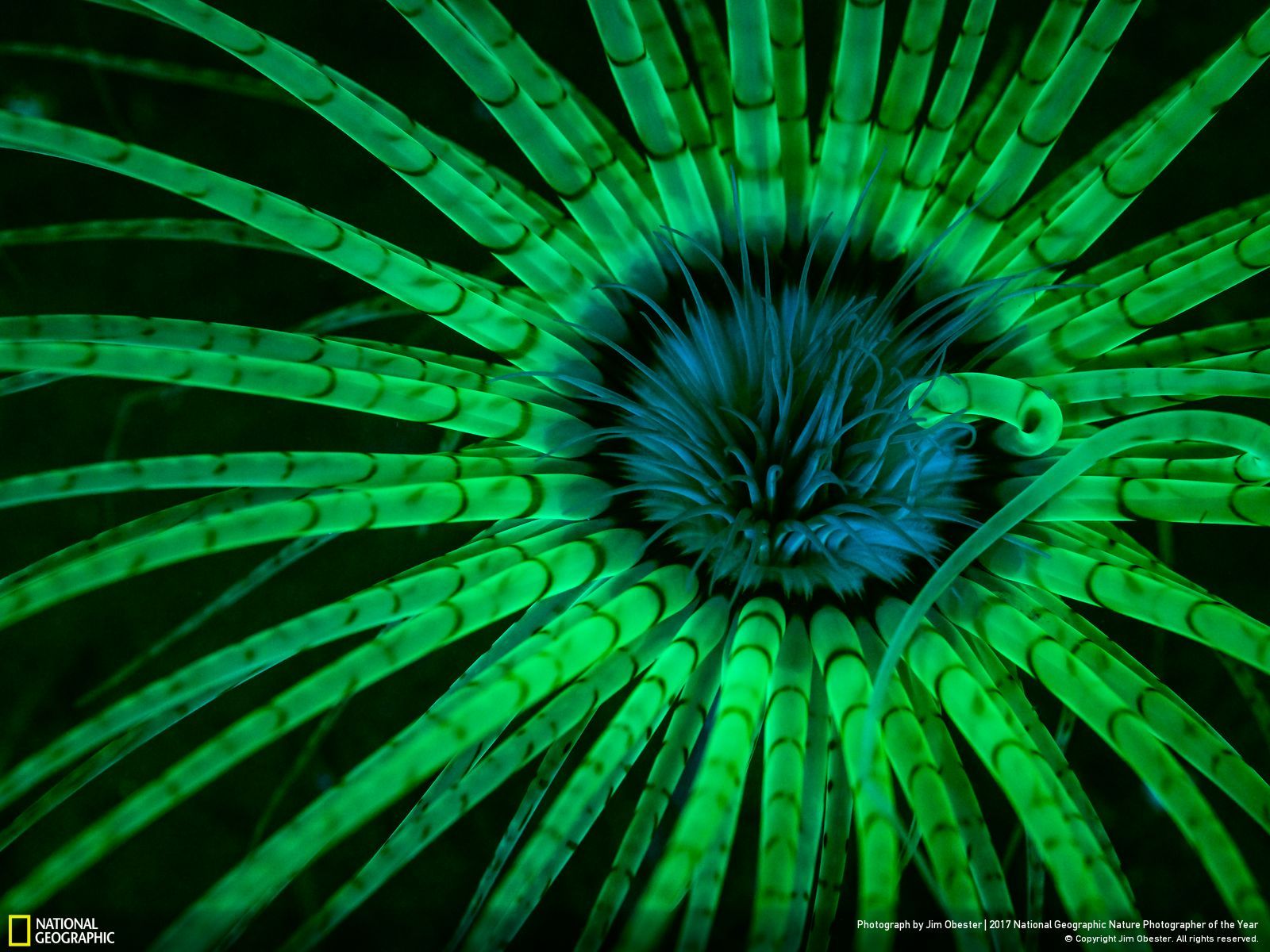 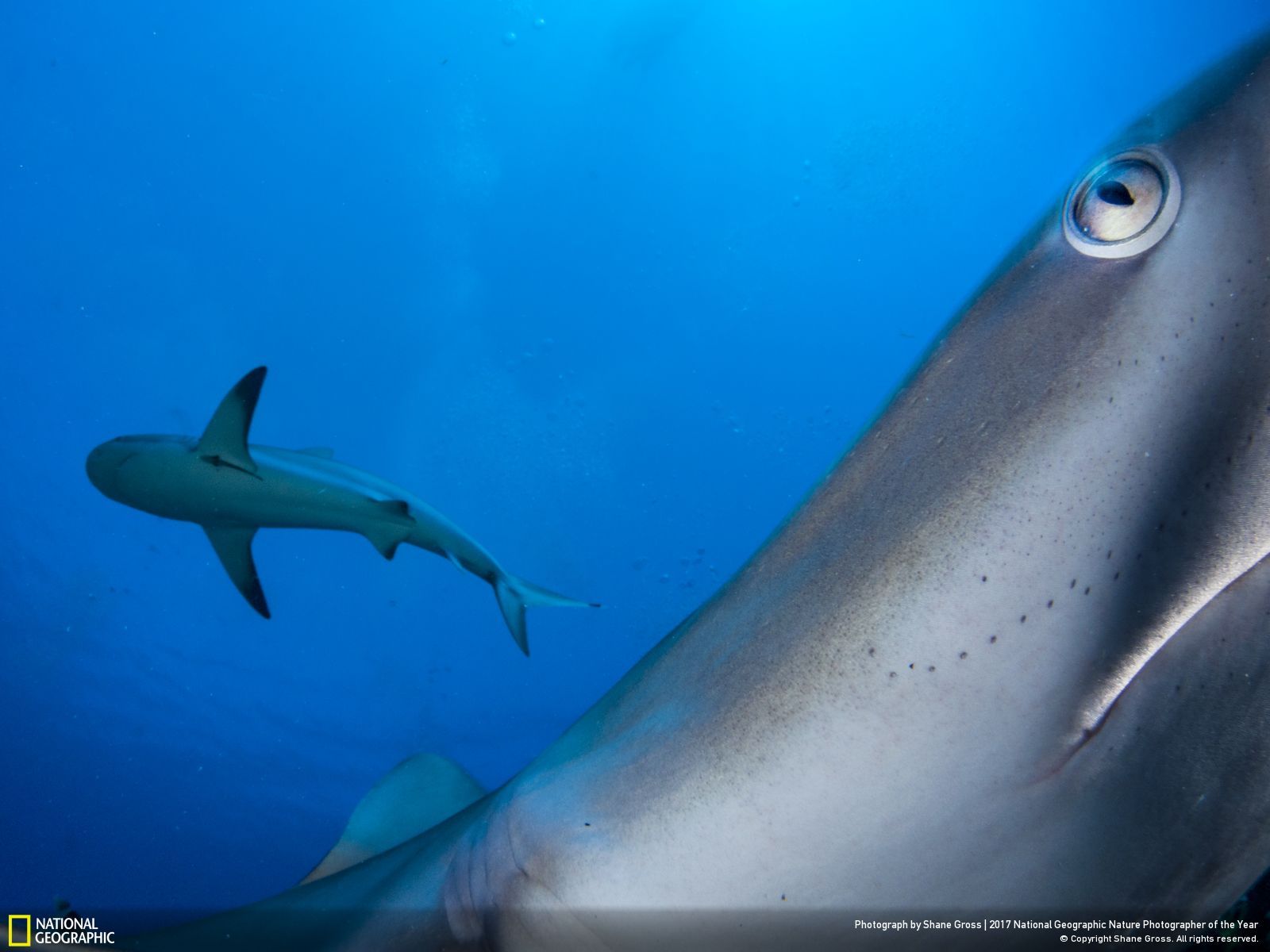 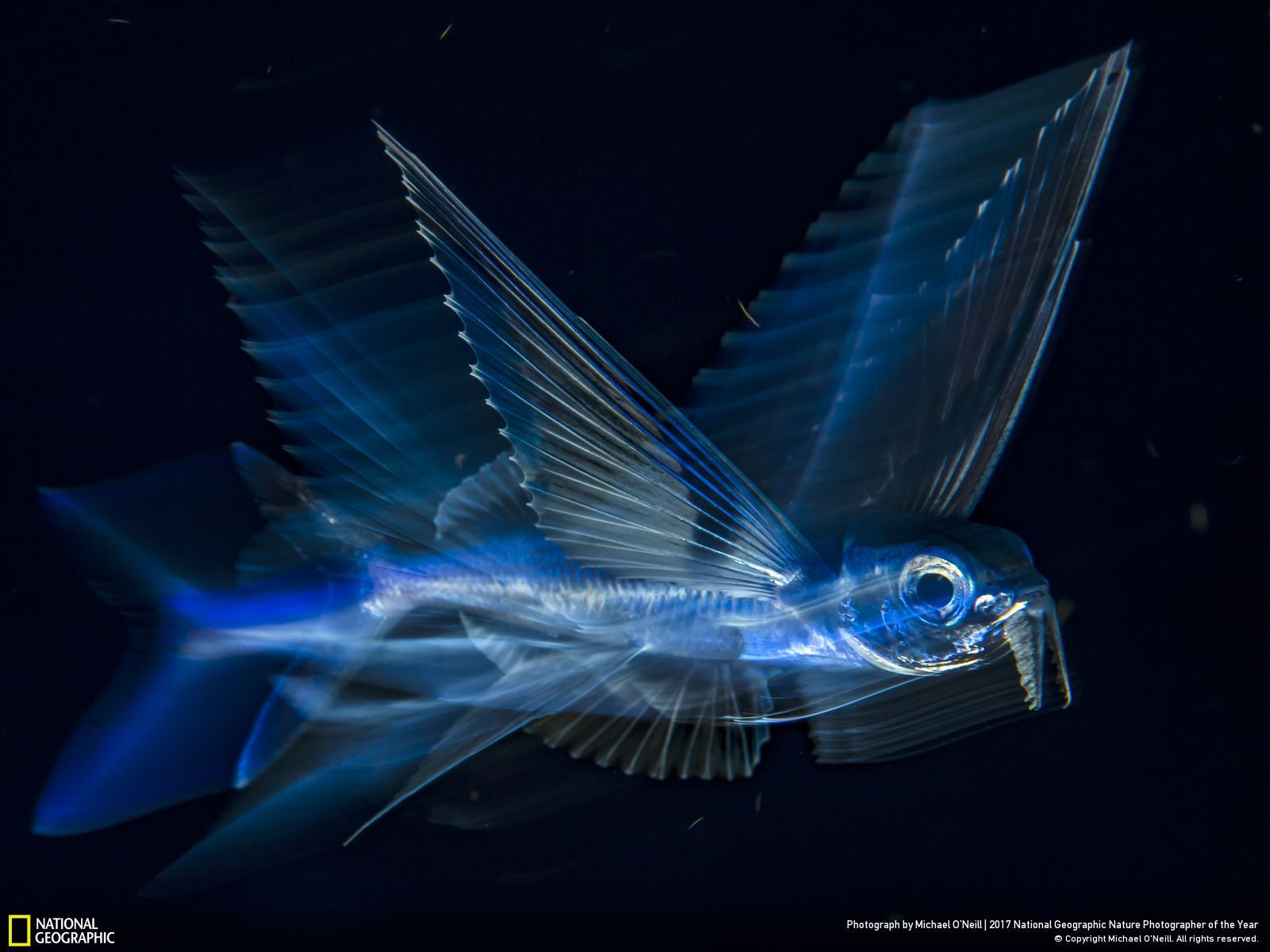 Buoyed by the Gulf Stream, a flying fish arcs through the night-dark water five miles off Palm Beach, Florida. Photo and caption by Michael O'neill 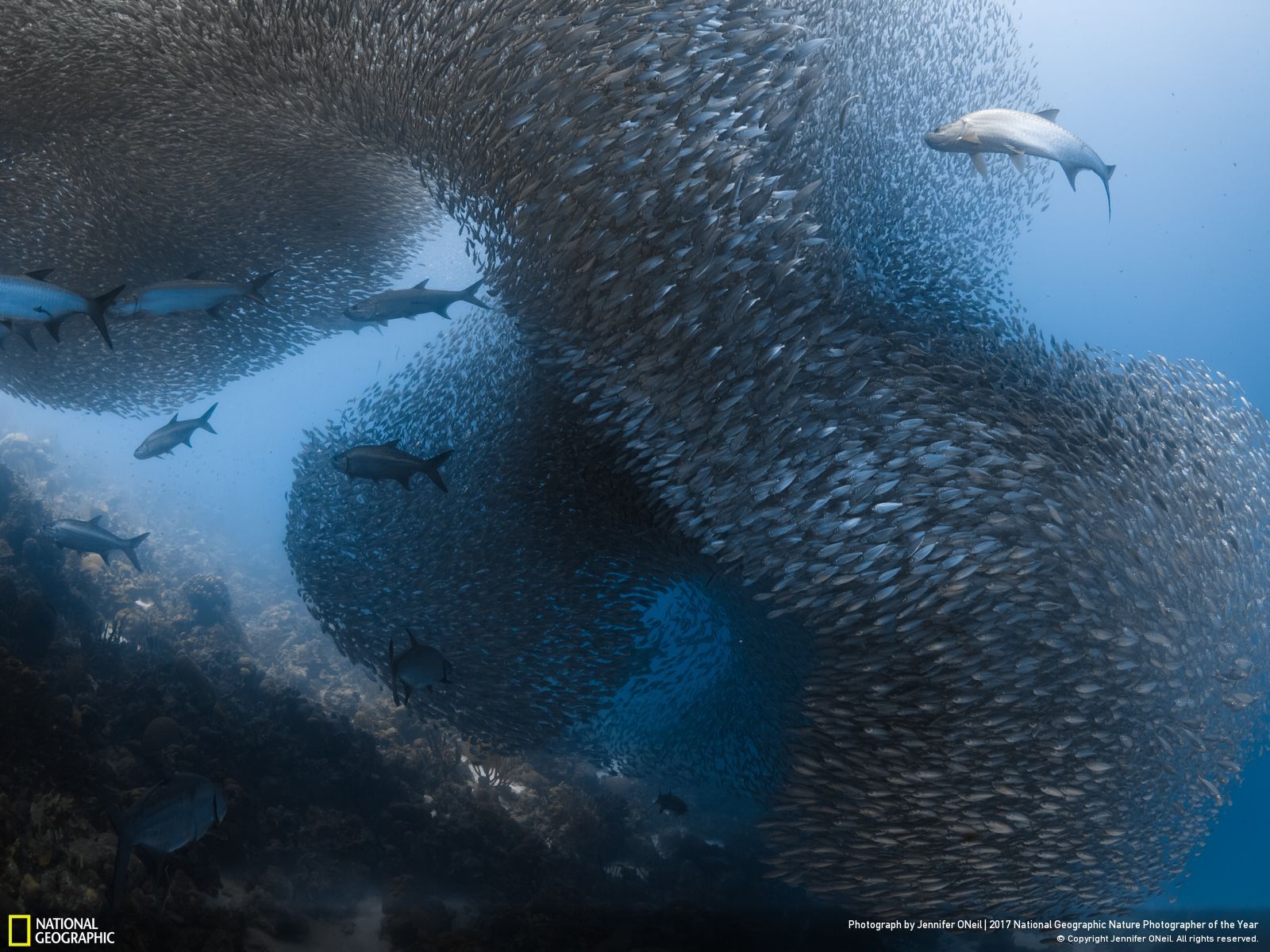 Preparing to strike, tarpon cut through a ribbon-like school of scad off the coast of Bonaire in the Caribbean Sea. Photo and caption by Jennifer Oneil 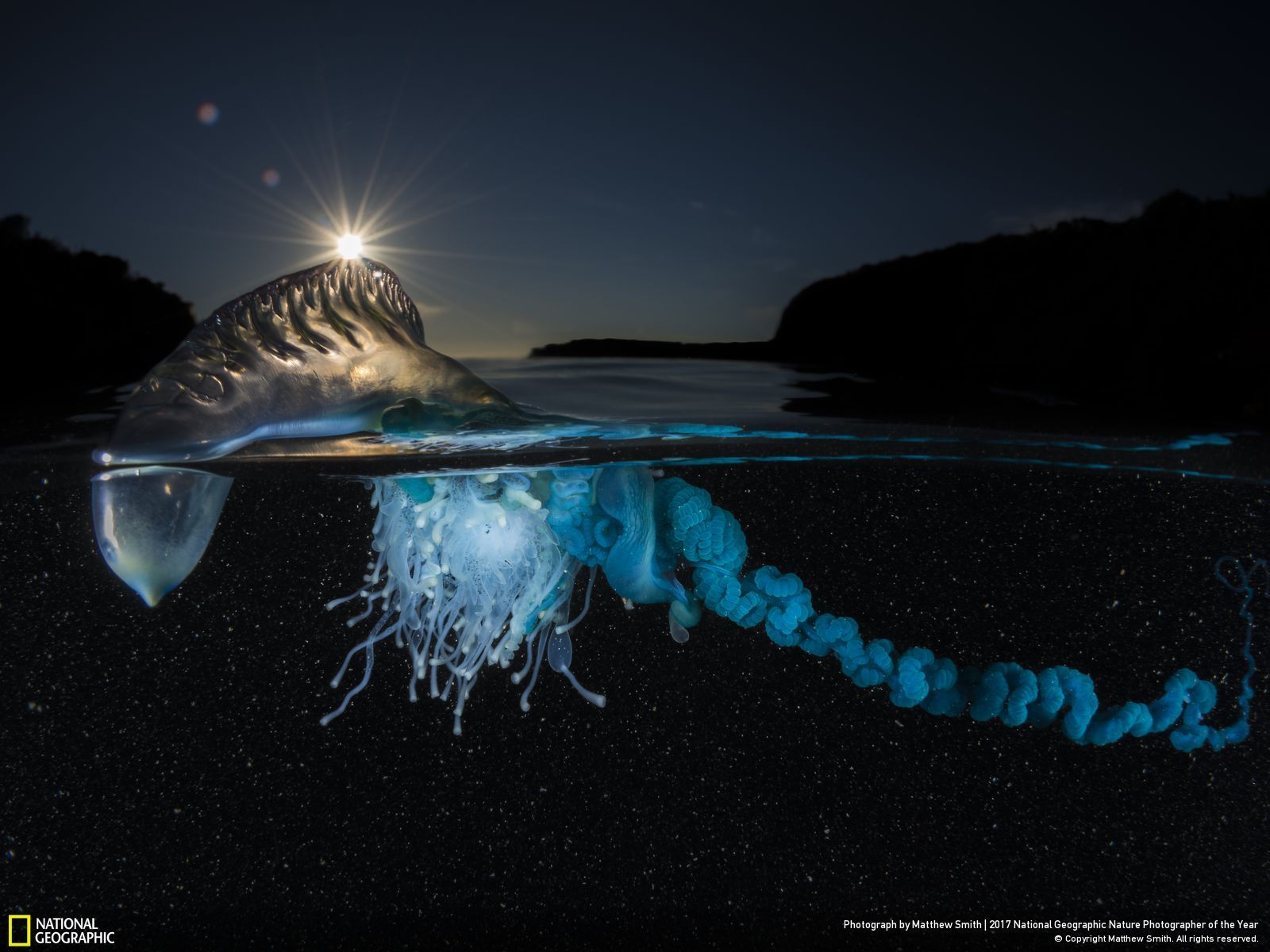 A Portuguese man-of-war nears the beach on a summer morning; thousands of these jellyfish wash up on Australia’s eastern coast every year. Photo and caption by Matthew Smith

Continue to browse our editors' favorite submissions to the photo contest. 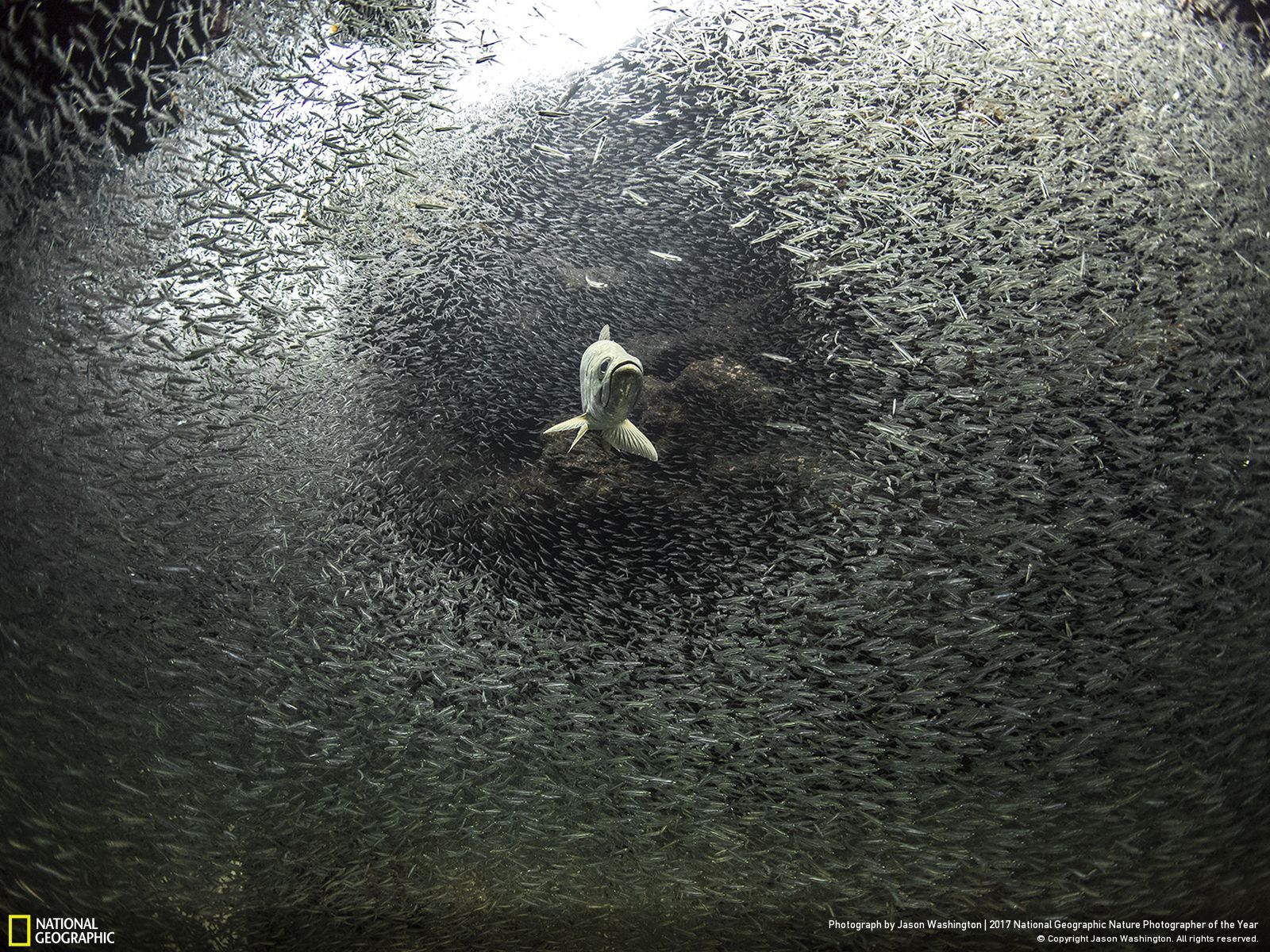 A large tarpon swims through a school of dwarf herring. 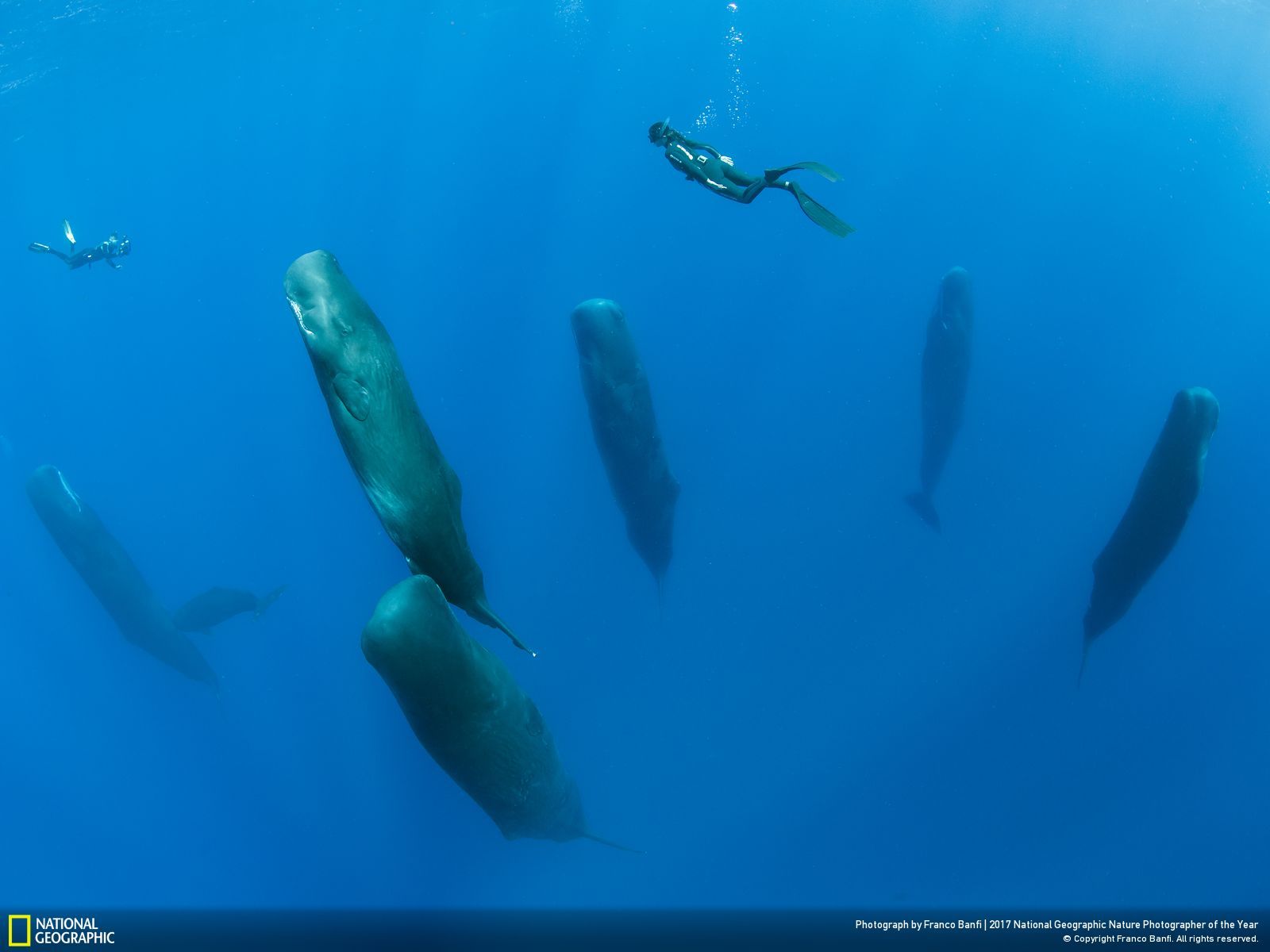 Free diver swimming over a pod of sleeping sperm whale, Physeter macrocephalus, Vulnerable (IUCN). The sperm whale is the largest of the toothed whales. Sperm whales are known to dive as deep as 1,000 meters in search of squid to eat. Image has been shot in Dominica, Caribbean Sea, Atlantic Ocean. 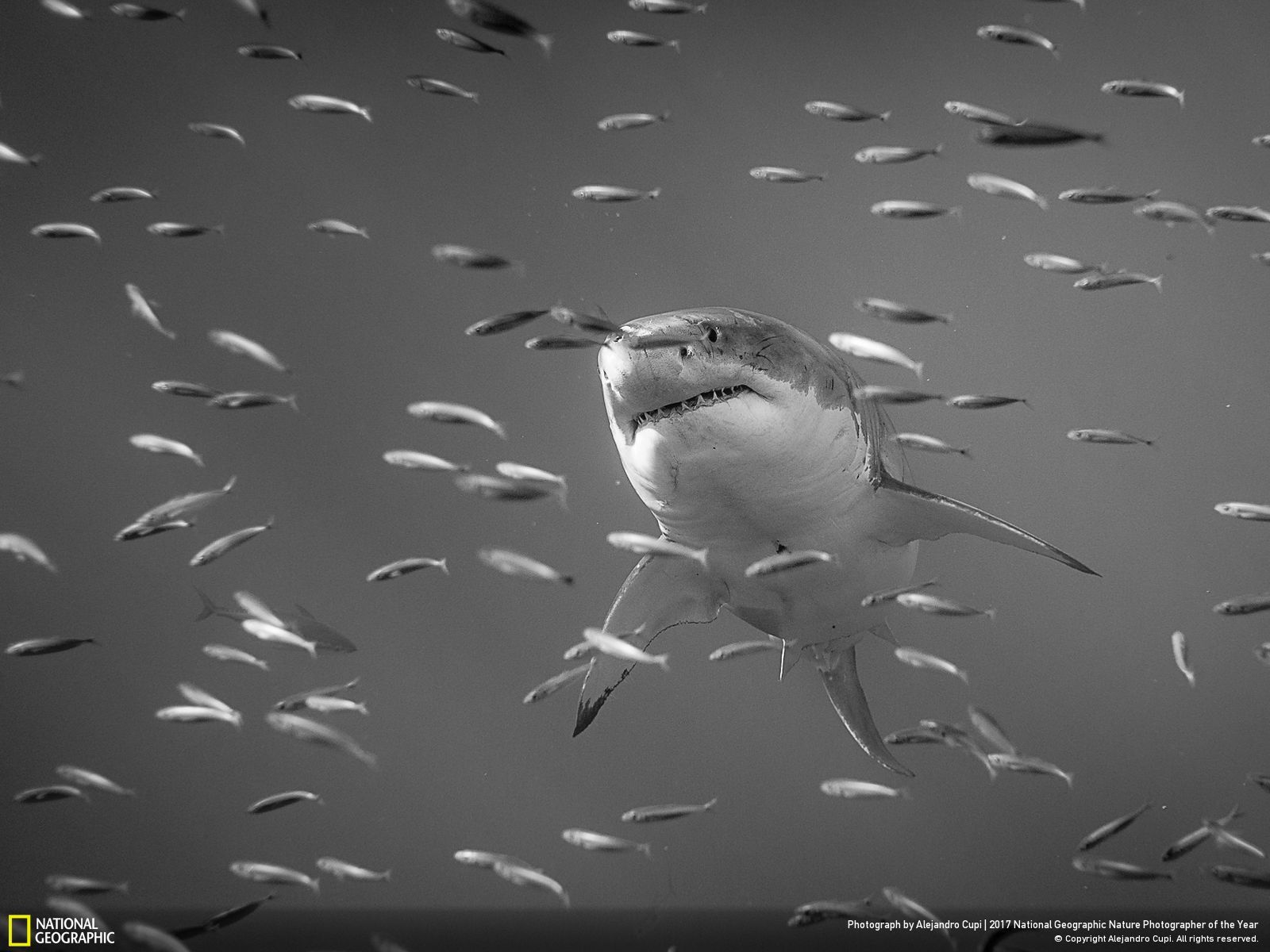 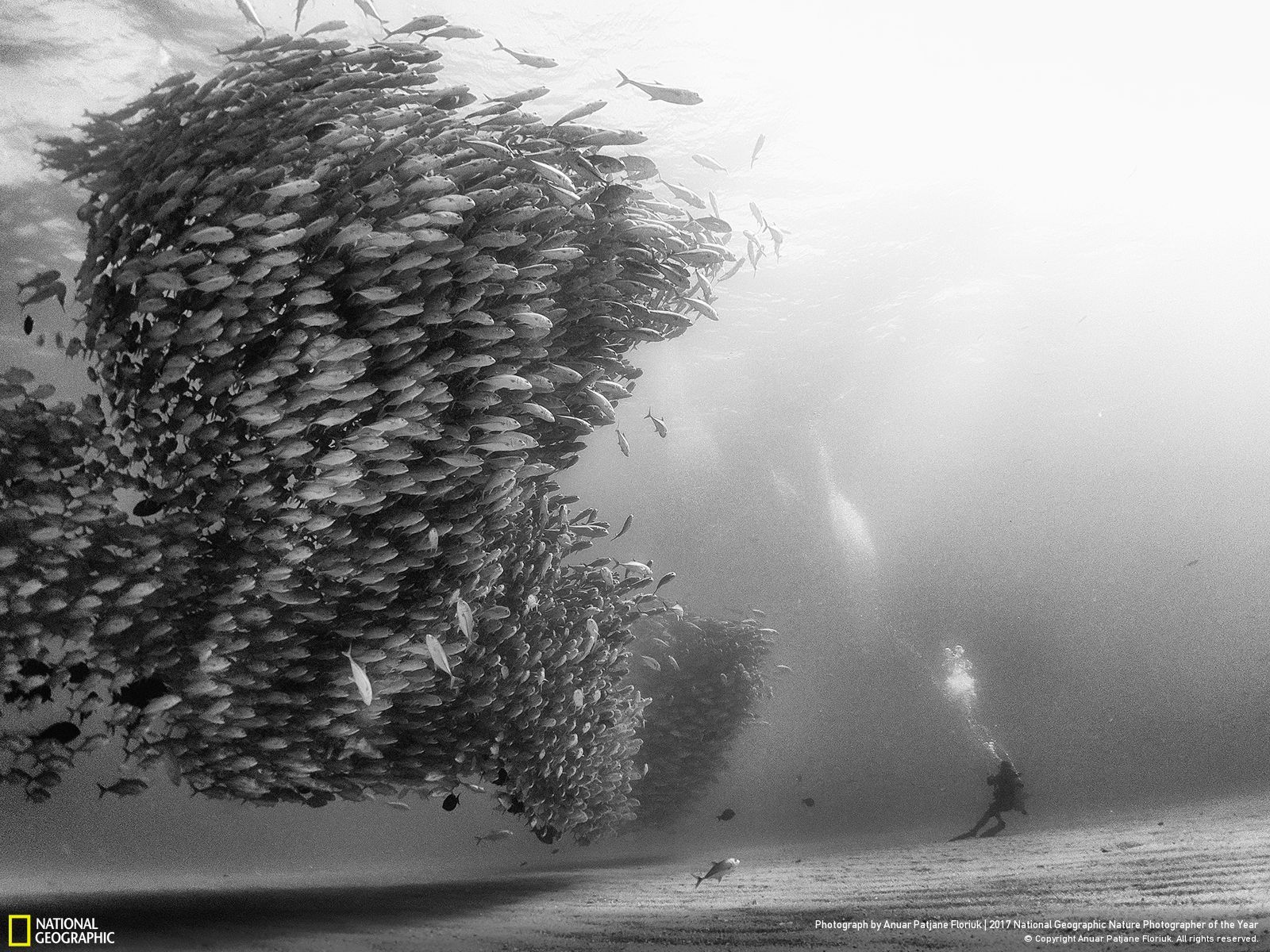 Bigeye Trevally forming a "tornado" at Cabo Pulmo National Park, Mexico . A few years ago, local fisherman decided to stop fishing and bet all on ecotourism. That bet was successful economically, socially, and ecologically speaking. What used to be an almost lifeless place now has a complete life chain, even bull sharks are back and orcas come and visit often. Cabo Pulmo is a true example that by letting the ocean recover, it will do so by itself. 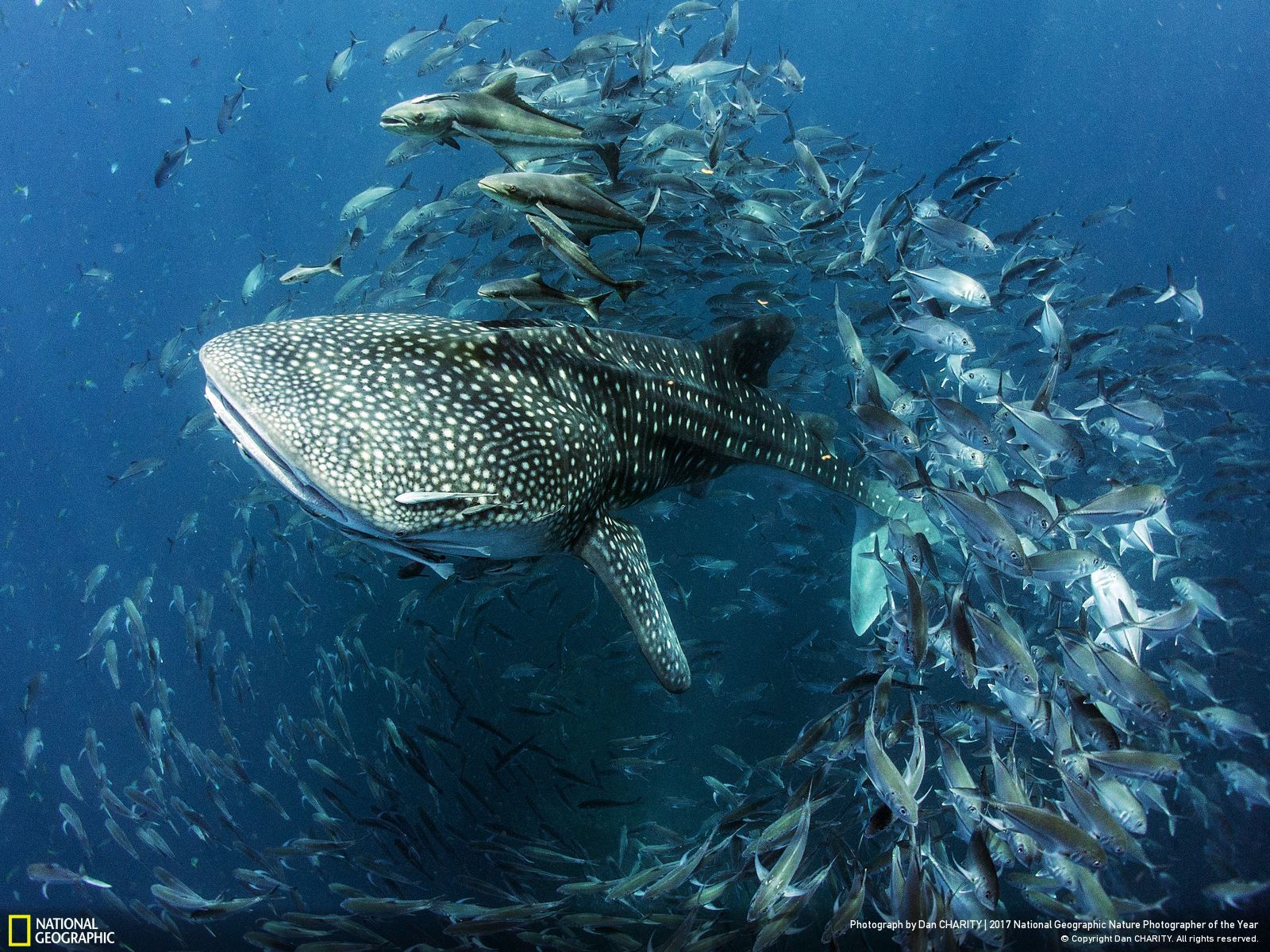 "The young Whale Shark was swimming in the Gulf of Thailand at a popular dive site called Sail Rock near the island of Koh Pha Ngan. The brief encounter was was captured whilst diving the remote reef which the graceful giant was using as cleaning station, a sort of car wash for big fish." 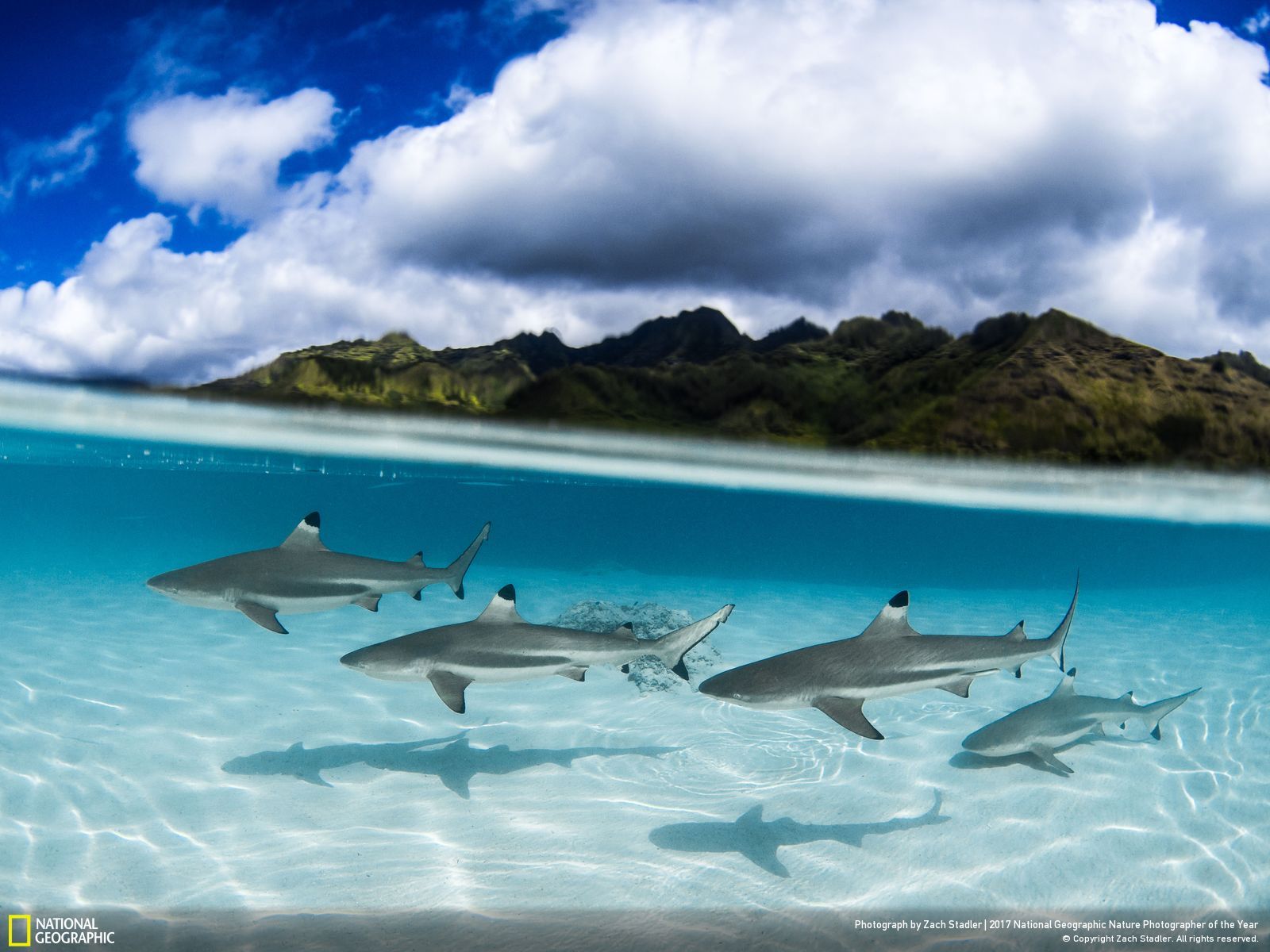 "Blacktip sharks cruising the shallow sandbars off the coast of Moorea. This is a very unique spot filled with dozens of small blacktip sharks and rays all hours of the day. This shot took me about a week to get after fighting rain, heavy winds, and constant overcast. On my last day in moorea I finally got a window with prime shooting conditions. the water was so clear this morning it almost seemed that the sharks war floating, rather then swimming." 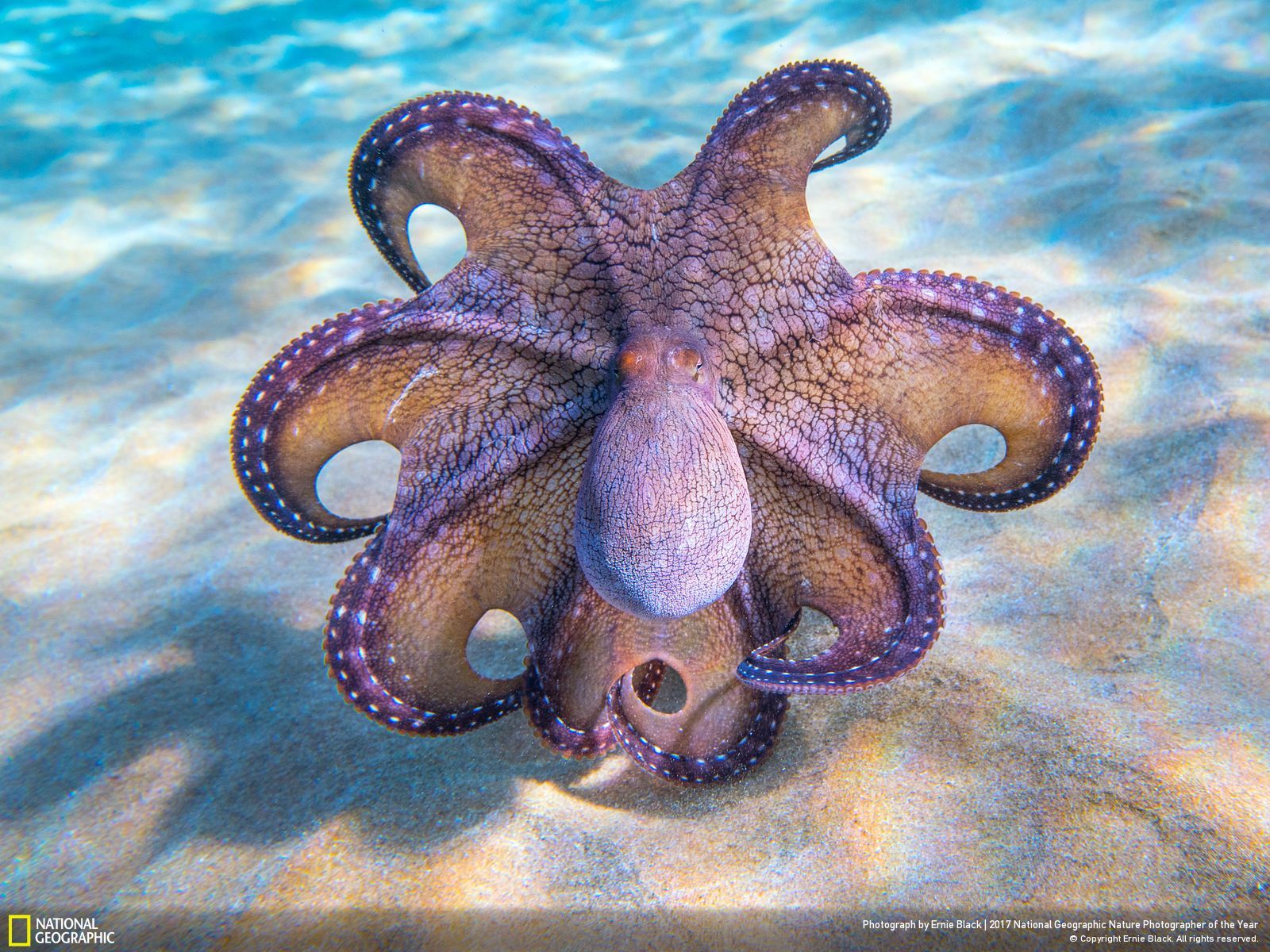 "I have photographed the hawaiian daytime octopus on multiple occasions. I was lucky enough to intercept this one as it was shooting across the shallows from one patch of reef to another. although it did not ink, after a quick dart to its left, it hulted and took flower shape. I can only assume this was in attempts to intimidate me. The interaction only lasted a couple of seconds before it went to blend in with the reef, leaving me amazed." 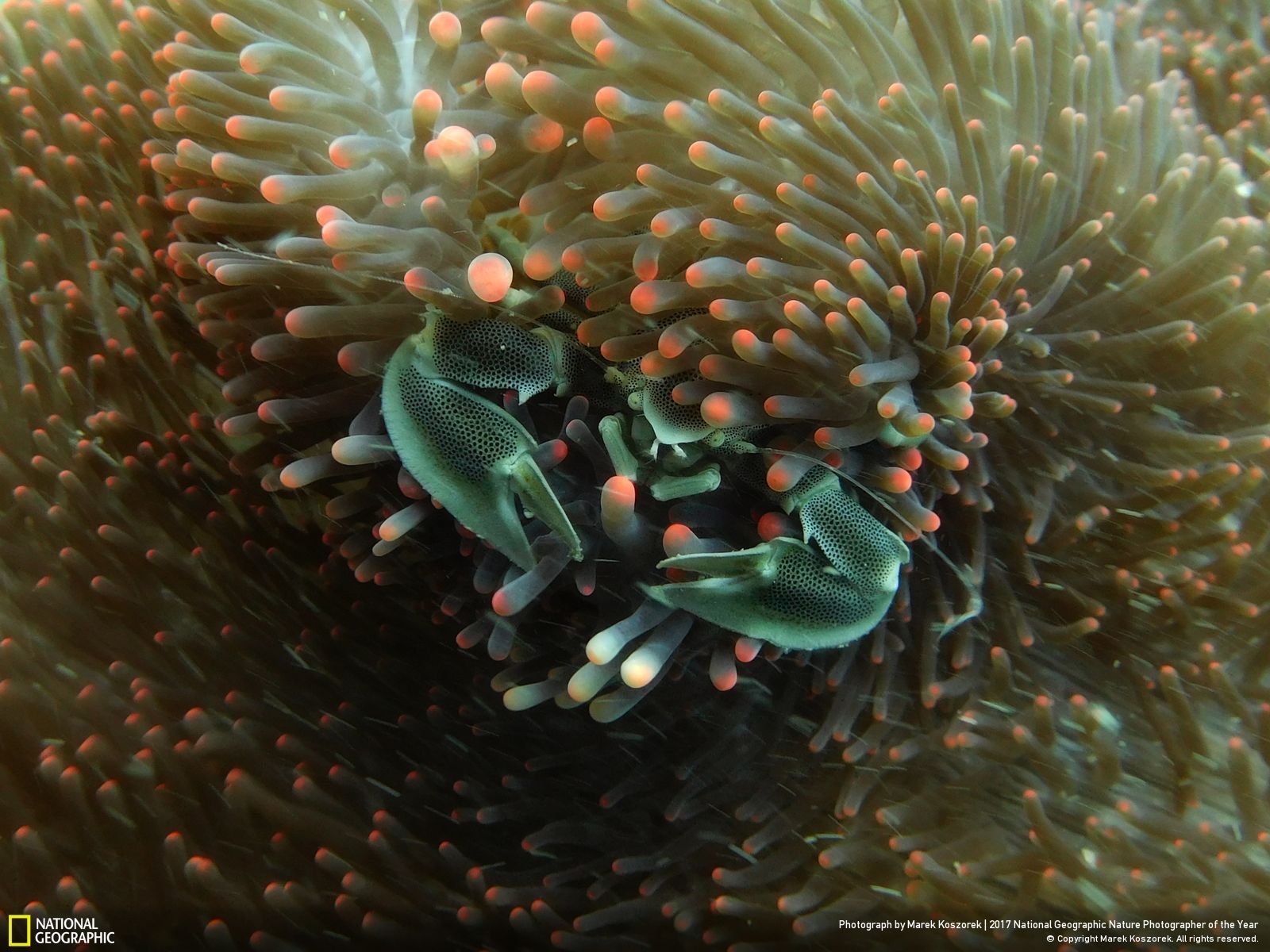 "This little fellow was feding on drifting plankton and was oblivious to anything happening around, including me taking his pictures." 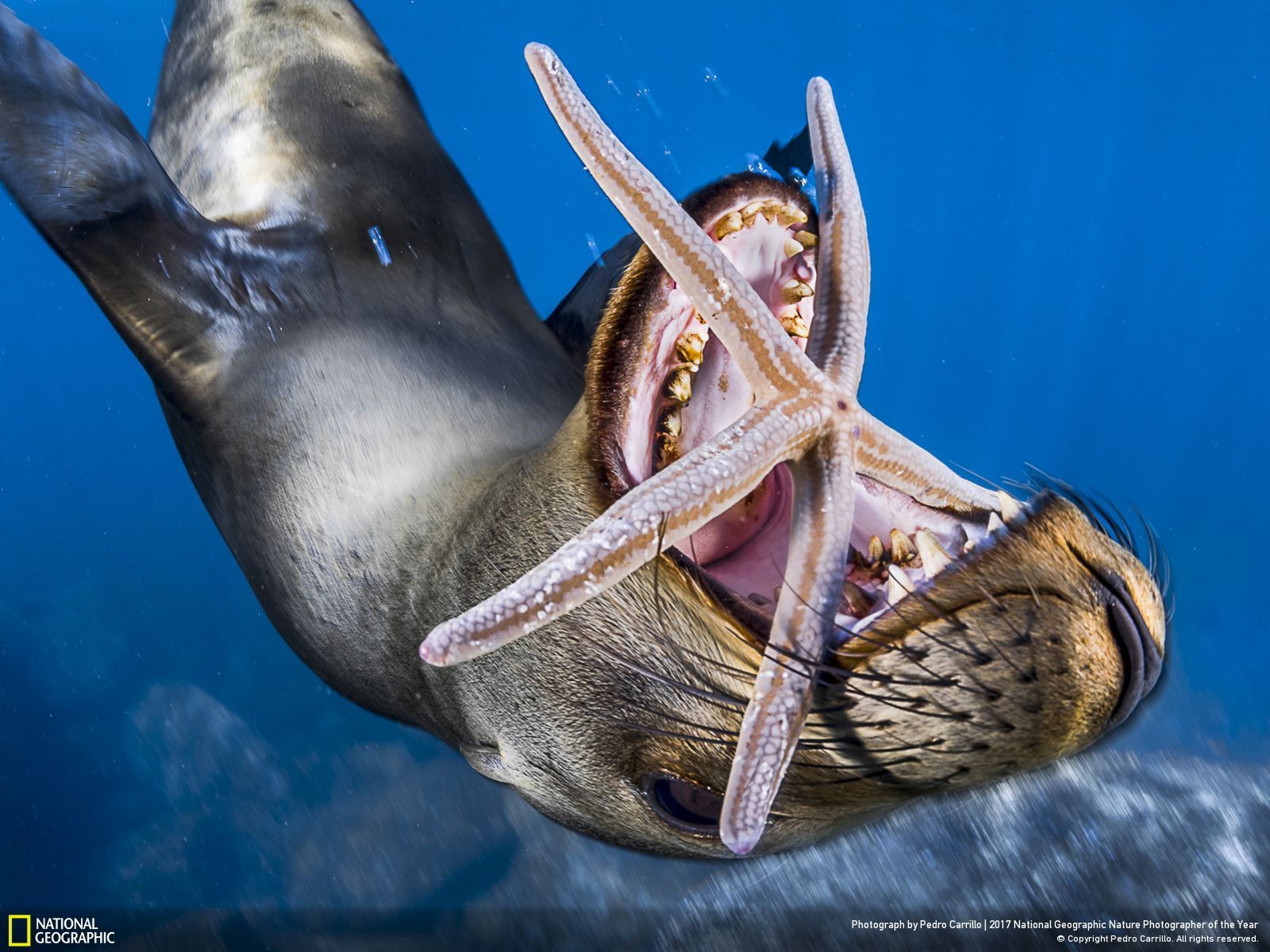 "Juvenile sea lion (zalophus californianus) playing with a sea star in islote Los Lobos, La Paz, Mexico. Many times it appears that a sea lion is playing with its food before it consumes it; they aren’t really playing with it though. Instead they are turning it into the right position for easier digestion. Truth is that, in the occasions I have witnessed this behavior, they never ended up eating them. They just played a little time to quickly lose interest and release their involuntary play mate." 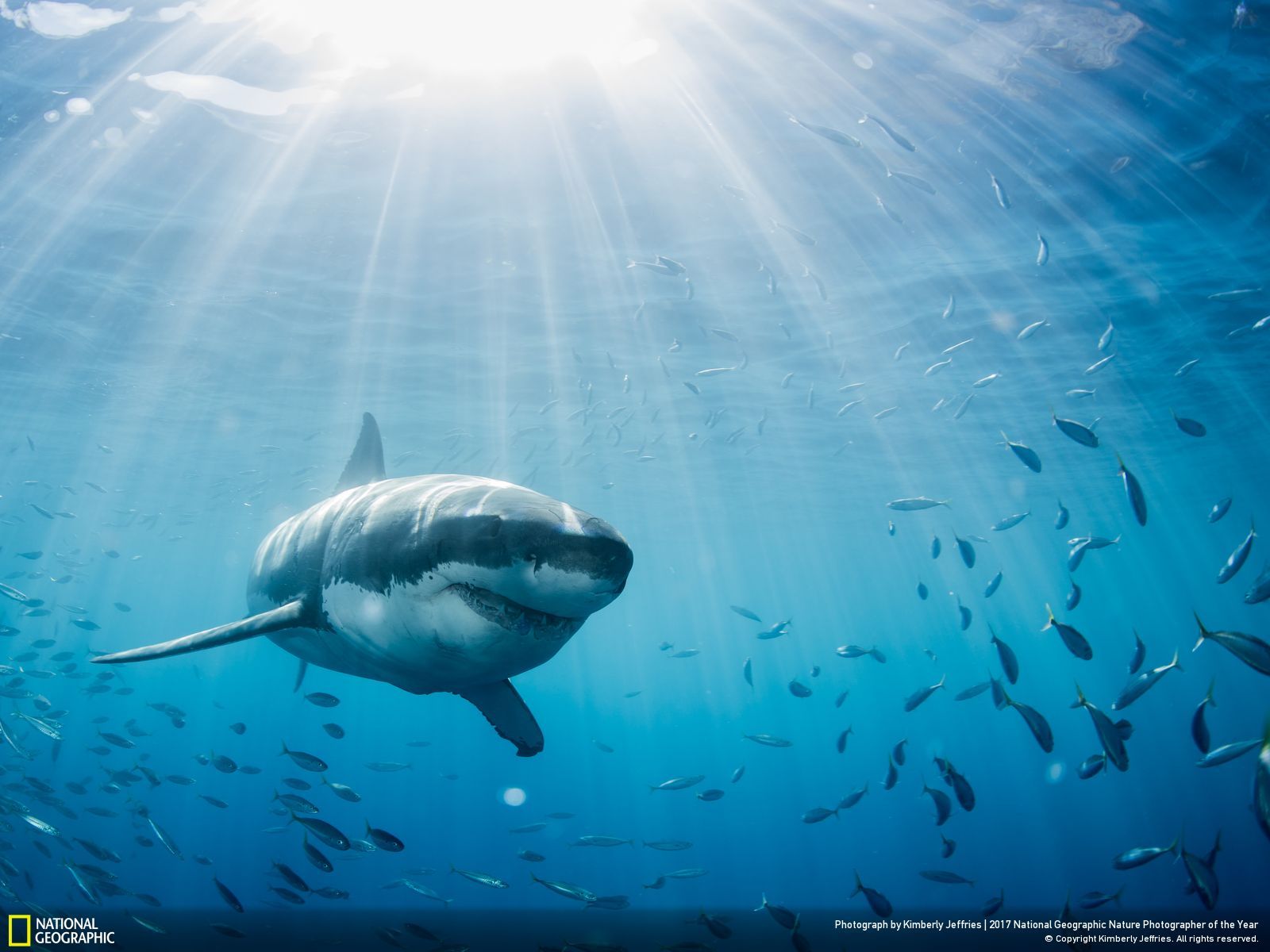 "To share space in the water column with a master of the deep like this great white shark, to show proof that they are not mindless killing machines, but apex predators of the highest degree, beautifully honed over years of trial and evolution, developed by nature to police and protect the oceans. Arguably a species that is evolutionarily more important to the health of this planet than ours." 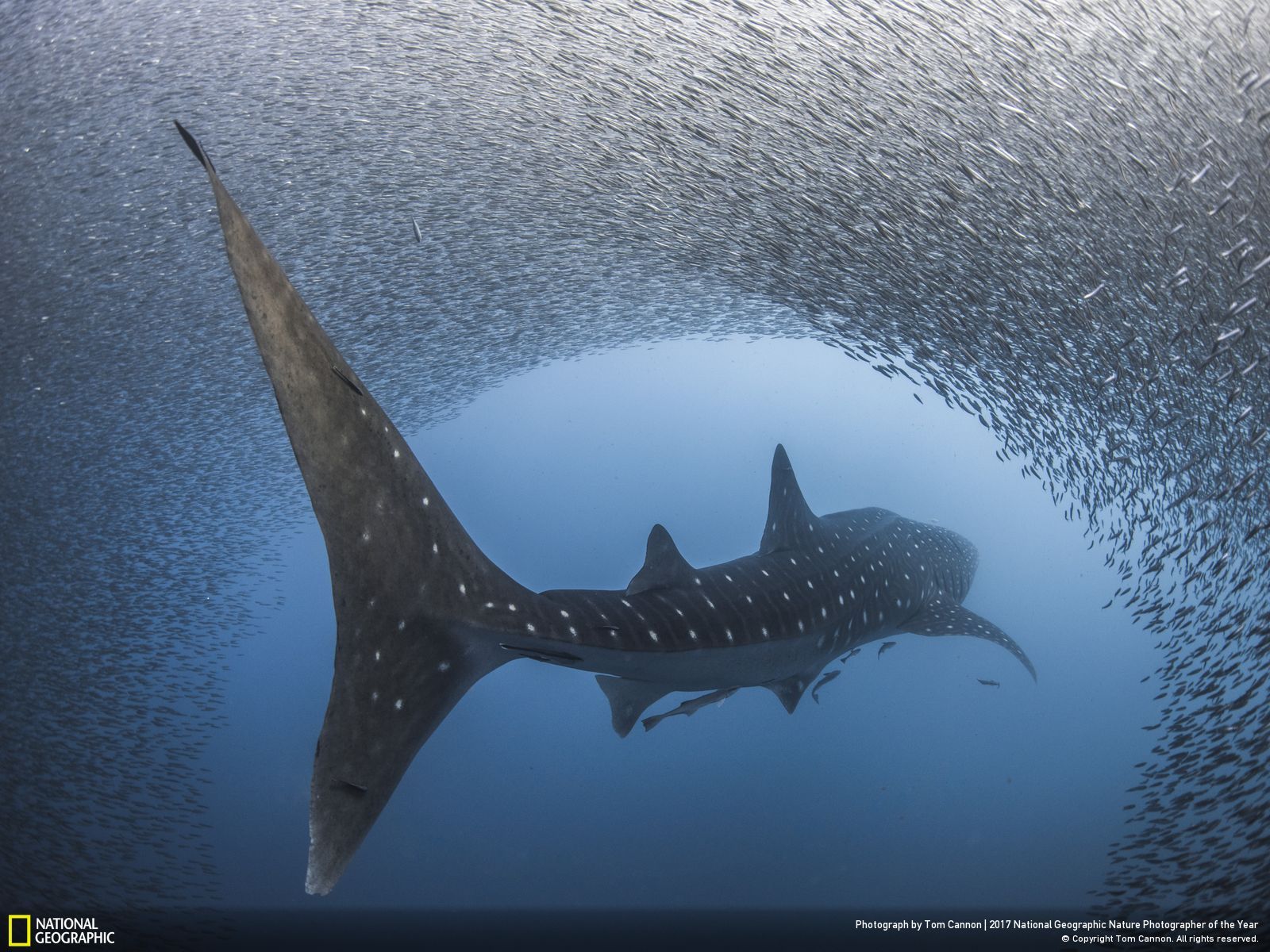 "As this gentle giant descended from the surface into the living darkness of the bait ball below. I took a deep breath and followed. The sheer scale of the gathering of fish meant as I followed the shark below I could see no more than its huge tail. Several Seconds went by and suddenly rays of light slowly began to reappear, with a sudden burst, the tiny fish made way for the oceans largest fish, and the photo above was born, the indian ocean in all its beauty."