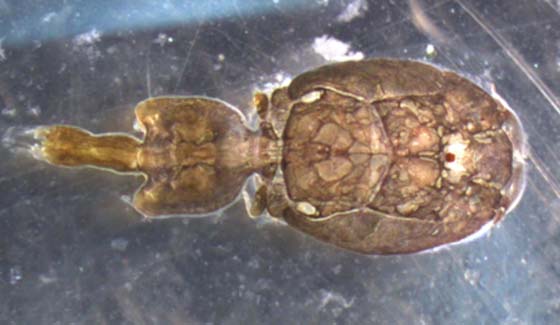 For years, the ocean has been a mystery to us humans. We know less about it than we do about outer space and we can’t build a simple lens to tell what’s going on below the surface. Anyone who has been out on a day with bad visibility can tell you that. In fact, it gets to a point sometimes where you can’t see your own feet, and, on these days, there are unfortunately no refunds. That’s just the way of the sea.

For what we do know, most of it has been taught to the masses by pure fiction. From krakens and giant whales of the past to Lovecraft’s pure science-fictional Cthulhu, to the more realistic yet completely inaccurate portrayals of sharks in Jaws and Deep Blue Sea, everything we know is pretty much an exaggeration, if not an outright lie. We’re taught to fear the large, the fierce, the vicious things with sharp teeth and an insatiable hunger. Those things that lurk in the deep, waiting in anticipation to come up to an unsuspecting diver or surfer, snorkeler or sailor, and swallow them whole.

But really, as the old saying goes, it’s truly the little things that matter. Many times, these little things are harmless and pass us by calmly in the shallows. A small jelly may sting us, but we all know what to do when that happens. A tiny crab pinch, while it might not make us the happiest person, still won’t do us much harm. But let’s go smaller. Not even leech small, even more microscopic, down to the humble sea louse.

Now I want to clear up my personal fiction, because nobody is one-hundred percent sure what happened, and lice made for a catchy title, and here at Deepblu we’re all about accuracy. You’ve probably read by now about 16-year-old Sam Kanizay who was attacked by ‘sea lice’ and left with his legs gushing blood as he was rushed off to the emergency room. I’m going to set the record straight on this one, however, and say that researchers have found that it was most likely sea fleas. 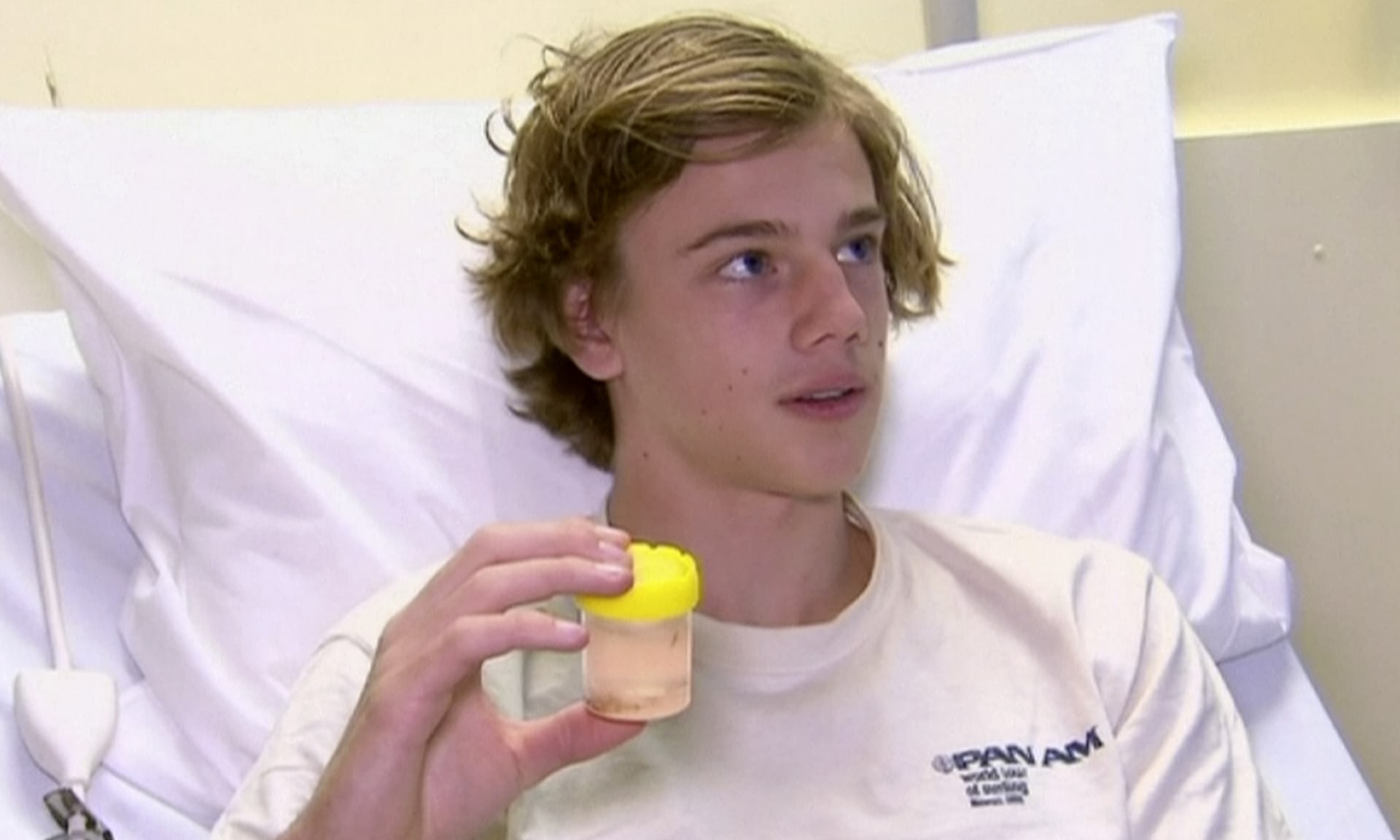 Sam with a jar of his fleas. Photo: Associated Press

This doesn’t make the story any less terrifying. Not one bit.

A few days ago, on August 5th, Sam Kanizay and his family were out on Dendy Street Beach in Melbourne, Australia, likely having a day out like any other. Enjoying the weather, those calm sands, and a mixture of beach and family that make a Saturday most people dream of… one of those calm moments that live on in our youthful imaginations for a long time. This time, however, things were different for young Sam. He truly won’t forget this one, but he’s off to university in a few years, and like a friend of mine who survived a shark bite he’ll likely use it as a drinking story to wow his friends; however, unlike my shark-bitten pal, Sam has survived thousands of bites.

As evening came around on the beach, Sam decided to take a stroll down to the water and get his feet wet. The cool seas, he thought, would calm his legs after a day of playing soccer in the sand, which can get quite painful after a while. So, he went, likely relaxed, into the water. Thirty minutes later, he came out with legs that were drenched in blood. 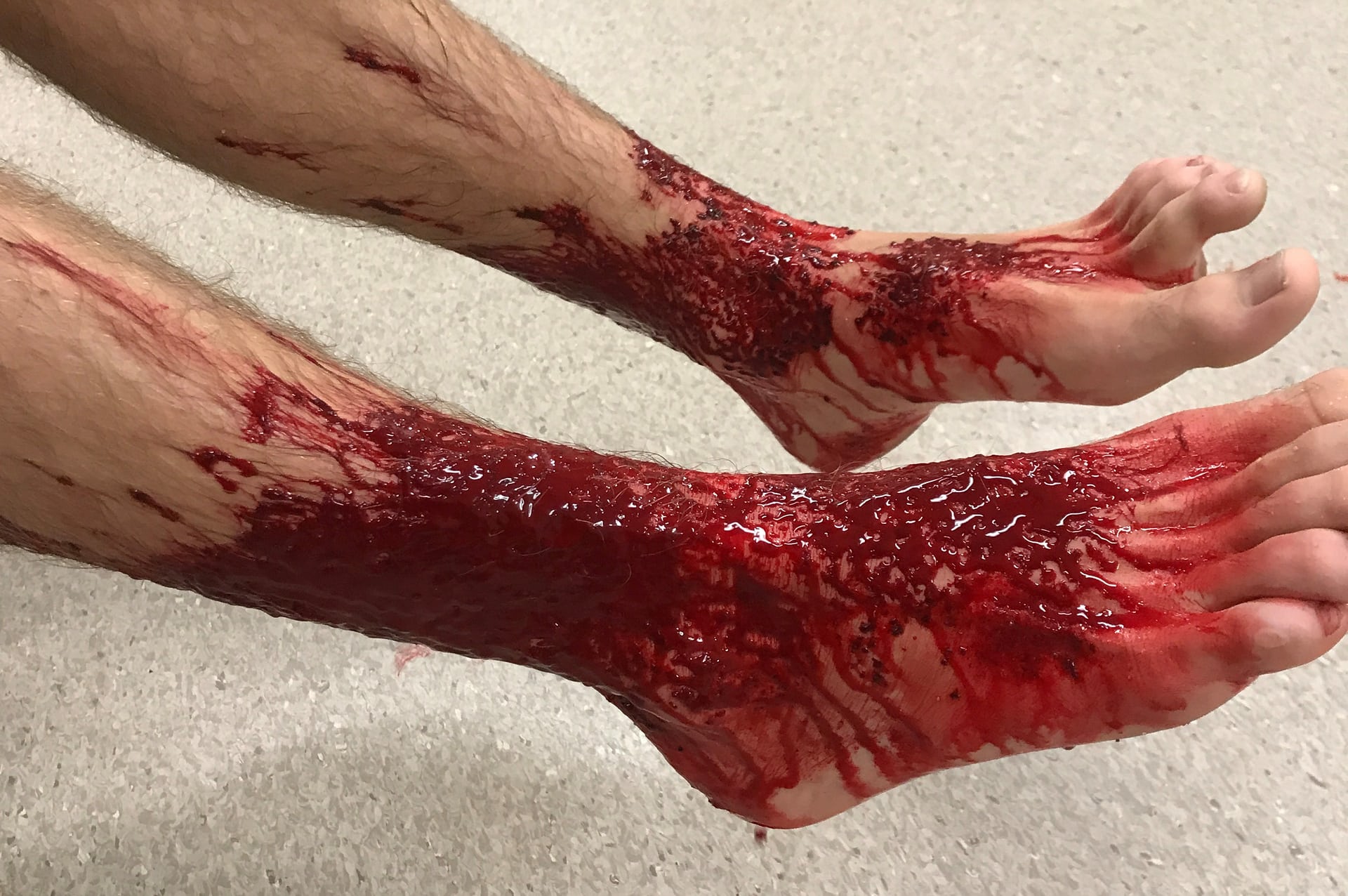 The aftermath of the encounter. Photo: Jarrod Kanizay

This is where we come to my title again, had he been up to his knees, I would have gone with ‘Fleas to Your Knees’, but lucky for him, he stayed shallow. This didn’t change much, as he ended up spending the weekend in a few different hospitals as they tried to diagnose him. Ultimately, he was given the highly unusual diagnoses that he was being eaten alive by sea fleas, not, as reported by several outlets, ‘sea bugs’, ‘critters’, ‘sea lice’, and ‘unknown creatures’. I’ve seriously seen all of those listed.

That said, the problem appears to be clearing up and our young Sam will turn out just fine. Multiple doctors, nurses, and marine biologists have noted that an attack of this kind is highly unusual and not something that one should normally have to fear. Occasionally these fleas will roam in packs, but typically they’re found in small numbers feeding on small animals which are already dead. A nip here or there, or even several, rarely brings much pain beyond irritation and even more rarely will cause the recipient of the bite to bleed. What Sam went through was traumatizing, but at the end of the day he’ll be fine. This proves, once again, that we have very little to fear from the sea.