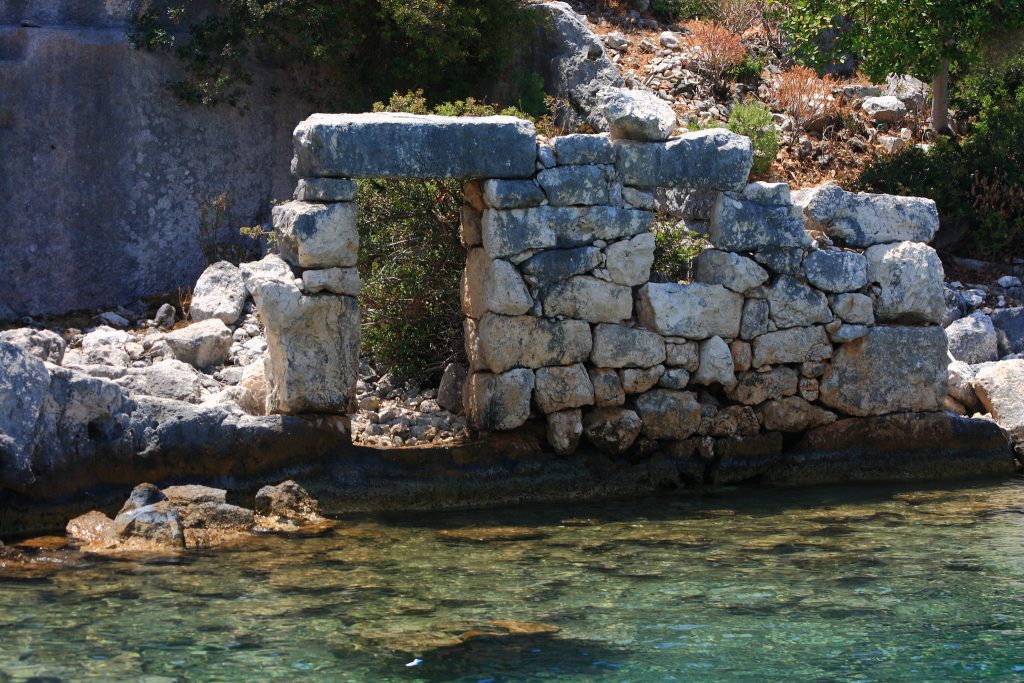 The door to an underwater world may soon reopen. Photo: dmytrok/Flickr

Turkey, with a government occasionally in upheaval, tensions on the rise, and possible presence of international terror groups, has been having a bit of an image problem recently. But, we’re not a political blog, we’re an online community for divers, so let’s talk about the good stuff. How do you get tourists in this sort of global climate?

For the past three decades, Simena, an ancient sunken city which was used for trade in its time, has been off-limits to divers due to the fact that it’s a preserved historical site. That all may change soon, as Turkey is looking to boost its beleaguered tourism industry, and what better to do that than by allowing exclusive access to a historical site to explorers who tend to have a bit of money?

Around the year 200CE the city of Simena was swallowed below the surface by an earthquake. The ruins lie off of the coast of Kekova, a small, uninhabited island on the Mediterranean not far from Antalya. Its location close to the heart of Turkey’s tourism industry had, in the past, put it directly in harm’s way as throngs of people came to see, touch, and inadvertently destroy parts of the historic site. As we slowly began to realize in the late 20th century, everything on this Earth is finite. There’s no replacing what we take, at least not without a whole lot of time. When it comes to historical buildings, however, they’re simply gone forever, or until the point that we replace them with artifacts from our ancient civilization. 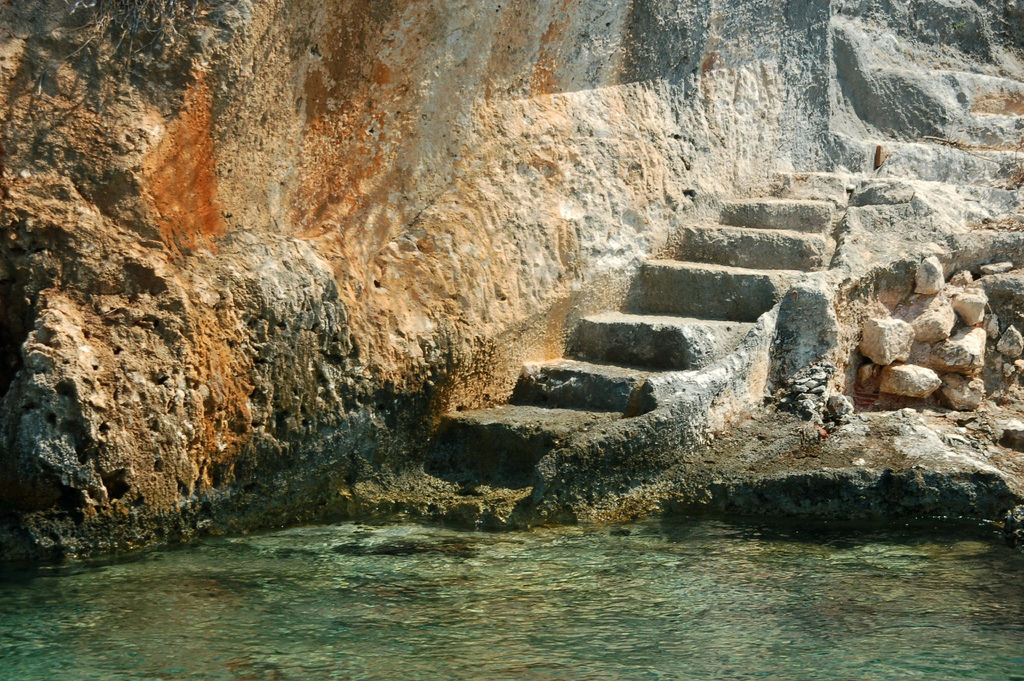 We wait to see below the surface. Photo: Vladimir Shioshvili/Flickr

It was with a heavy heart that, in 1986, Kekova’s sunken city was left to rest due to conservation concerns. But now, thanks to research and brainstorming about responsible tourism, that could change. The attitudes of tourists are different nowadays, and the diving community is actually seen as a force for preservation and protection. Once people caught wind of the sport, they began to notice that divers give more than they take, for the most part.

Recently, along with a team of researchers, the mayor of Antalya himself took a diving trip to the sunken city to see what could be done to both preserve what is left of the ancient ruins and safely allow divers to explore this one-of-a-kind world treasure. The conclusion is still being worked on, but what has been found is that allowing small numbers, carefully chosen dive companies, and historically trained guides will allow people to explore the site freely but with care. On the subject, the mayor, Menderes Türel, says “our efforts to diversify tourism alternatives have begun to bring results, and interest in diving tourism has increased. If permission is received from the ministries, diving tourism will be available with the help of guides and archaeologists in Kekova.”

The already operational Kekova Diving Center is playing a big part in the resumption of dive tours, as not only would it be good for business, but it could bring eyes back to the island itself, which has seen a lull in visitors over the years. Currently guests can kayak the site, boat nearby, and dive at one of several other spots around the island, but the opportunity to dive ruins has proven to be a very successful model for tour businesses around the world and they hope to make it available in their location. It's their hope that the Ministry of Culture will as well, and comes back with the “okay” so that they can work ethically to both provide access to the spots while maintaining the integrity of the historic site. 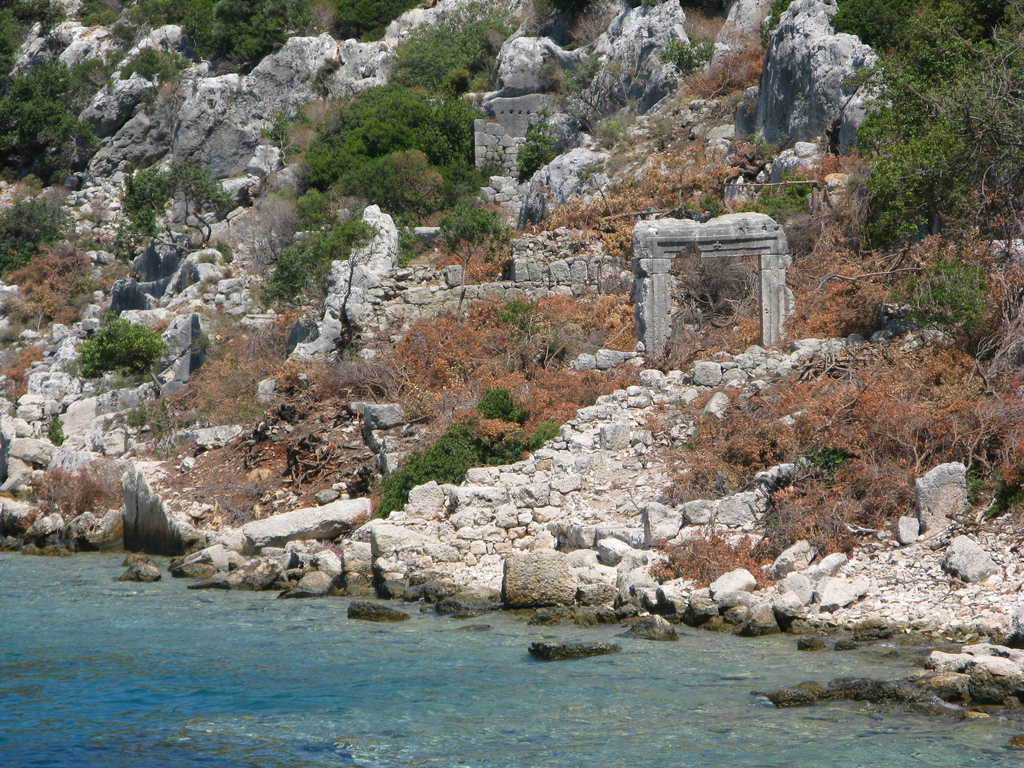 For now, all we have is the surface. Photo: Henri Bergius/Flickr

Turkey has always been a place of great fascination for those who visit. For centuries, it’s been a bridge from east to west and back again that provides a unique adaptation and perspective of both cultures. Not quite Asian and not quite European, it’s a remarkable spot where people can experience the best of both worlds. Its wonder and mystery have become an addiction for some of the world’s most adventurous explorers, and adding this unique dive spot back to the location would surely bring more people, more eyes, and more attention to a nation that has been in international headlines for the wrong reasons far too often recently.

Turkey is, after all, a nation full of the world’s history, and it’s only natural that people should want to explore it. In the coming months we’ll know if visitors will be able to visit the mystery of the sunken city once again.