At every diving industry show, a few companies and individuals push the envelope of every aspect of diving, and Boot Düsseldorf 2017 was no exception. Deepblu went sniffing around the booths in search for interesting new developments. Today we’d like to introduce Ariadna Tech and its groundbreaking personal underwater navigation technology.

When Greek hero Theseus escaped Crete’s Labyrinth and slew its resident Minotaur, the ball of thread he was given by his lover Ariadne and that he followed back out of the maze was one of history’s first personal navigation devices. Some 4000 years later, in a land with more lakes than mazes, Finnish Ariadna Tech is following in his proverbial footsteps.

Underwater navigation is a tough nut to crack. As GPS signals penetrate the water no more than two millimeters and other solutions require expensive sonar equipment and a central receiver, most divers rely entirely on their vision and a compass to find their way around wrecks and reefs. But what if there are no reference points, or visibility is too low to spot them?

Ariadna Tech’s trademarked Diver Positioning System (DIPS) tackles this problem. At the surface, it uses ordinary GPS to establish the diver’s entry point into the water, after which the system goes into supported mode. Collecting data from a multitude of sensors, clever algorithms register the diver’s movements and calculate their direction and speed, allowing the computer to plot a 3D path that divers can trace back to their point of entry. Jyrki Salonen, the company’s CEO, claims an error margin below 10 meters on a typical 500-meter dive—an impressive level of accuracy, as most GPS-enabled smartphones have a 5-meter error even under the best of conditions.

…and the Kitchen Sink

Designed by and for techies, the DIPS has it all: a USB-rechargeable battery that can also be swapped out, wired and wireless connectivity, external and internal storage, a large, sunlight-readable IPS display, up to eight wireless transmitters, a real-time operating system and a graphics accelerator—yes that’s right: in a frivolous mood, the team even managed to run the video game classic Doom on it!

Equally appealing to power users are the DIPS’ open formats that allow divers to export dive data in the open Universal Dive Data Format (UDDF) and geographical data in KML, the format that Google also uses in Google Earth. Conversely, divers can import waypoints, routes from other divers and GIS data into the computer to enhance their map.

While the DIPS is specified to go as deep as 150 meters, the dive computer included in the DIPS currently only does calculations aimed at the recreational market. Technical divers wishing to take the DIPS for a spin will need to bring additional means for doing their calculations.

Coming Soon to a Dive Computer Near You

An avid diver and engineer, Salonen founded Ariadna Tech together with Pasi Lahtinen, a towering man with a background in the dive computer industry. Bothered by the lack of a decent underwater navigation system, the duo started working on their own solution. For four years, they dedicated much of their spare time to developing prototypes until they founded Ariadna Tech in 2013, finding office space on the shores of Lake Vesijärvi in Finland’s Lahti, a place mostly known for skiing championships which boasts an increasingly booming start-up scene.

Having downsized the original prototype to fit into a wrist-mounted device, the company is currently running a pilot program after which they hope to start production and enter the commercial market. While Salonen cannot yet disclose a retail price, he indicates that the DIPS will be priced along with the upper-range dive computers. This means that the system will remain out of reach for many individual divers.

However, he says, potential customers include search and rescue teams, scientific organizations, and dive operators wishing to document their dive sites and routes for their customers. Salonen and Lahtinen are also looking to license the technology to other dive computer manufacturers, which means that you may see similar technology in your favorite computer in the future. 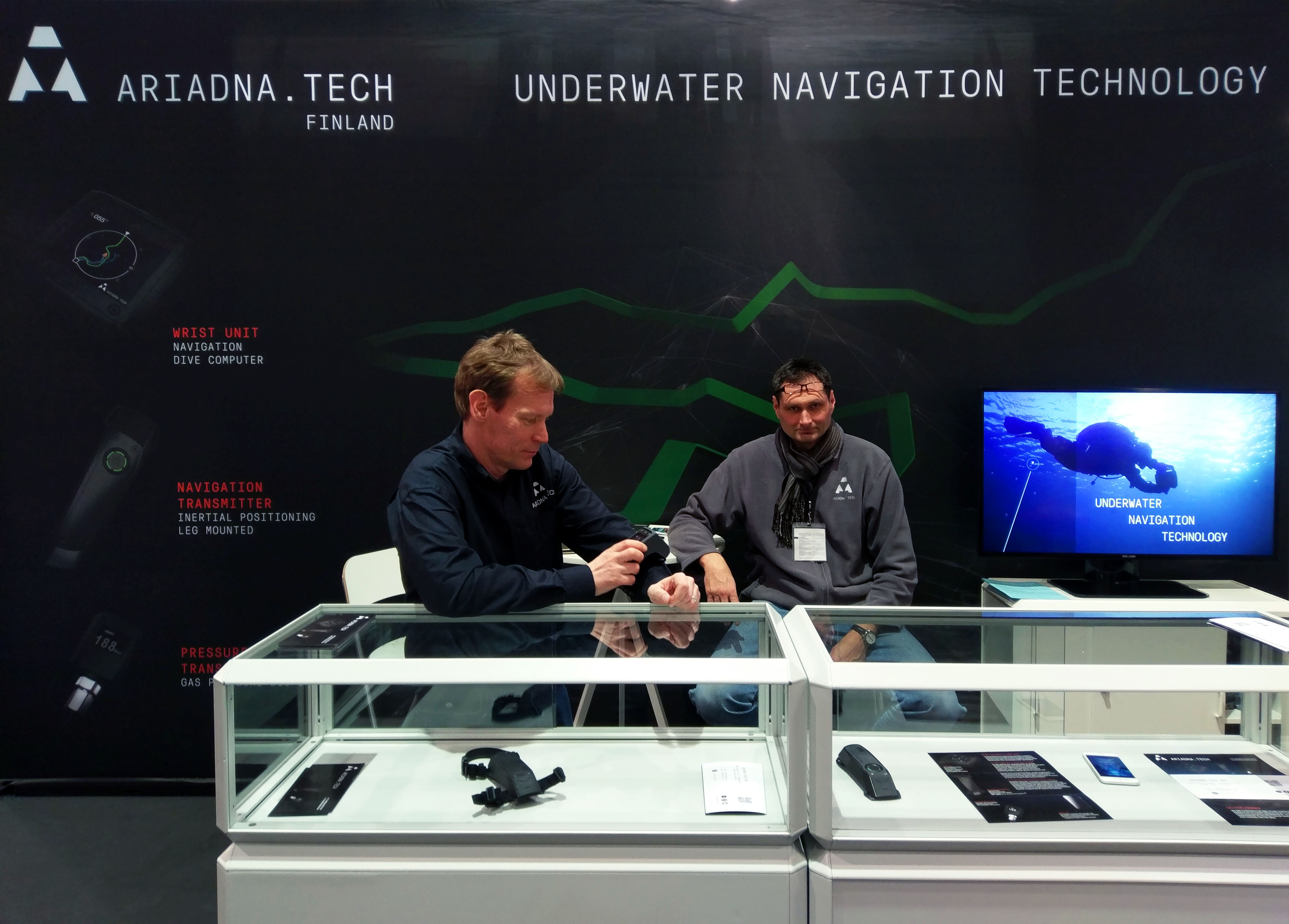 Are thes for sail yet and price... More