The 3 Biggest Threats to our Oceans

The 3 Biggest Threats to our Oceans 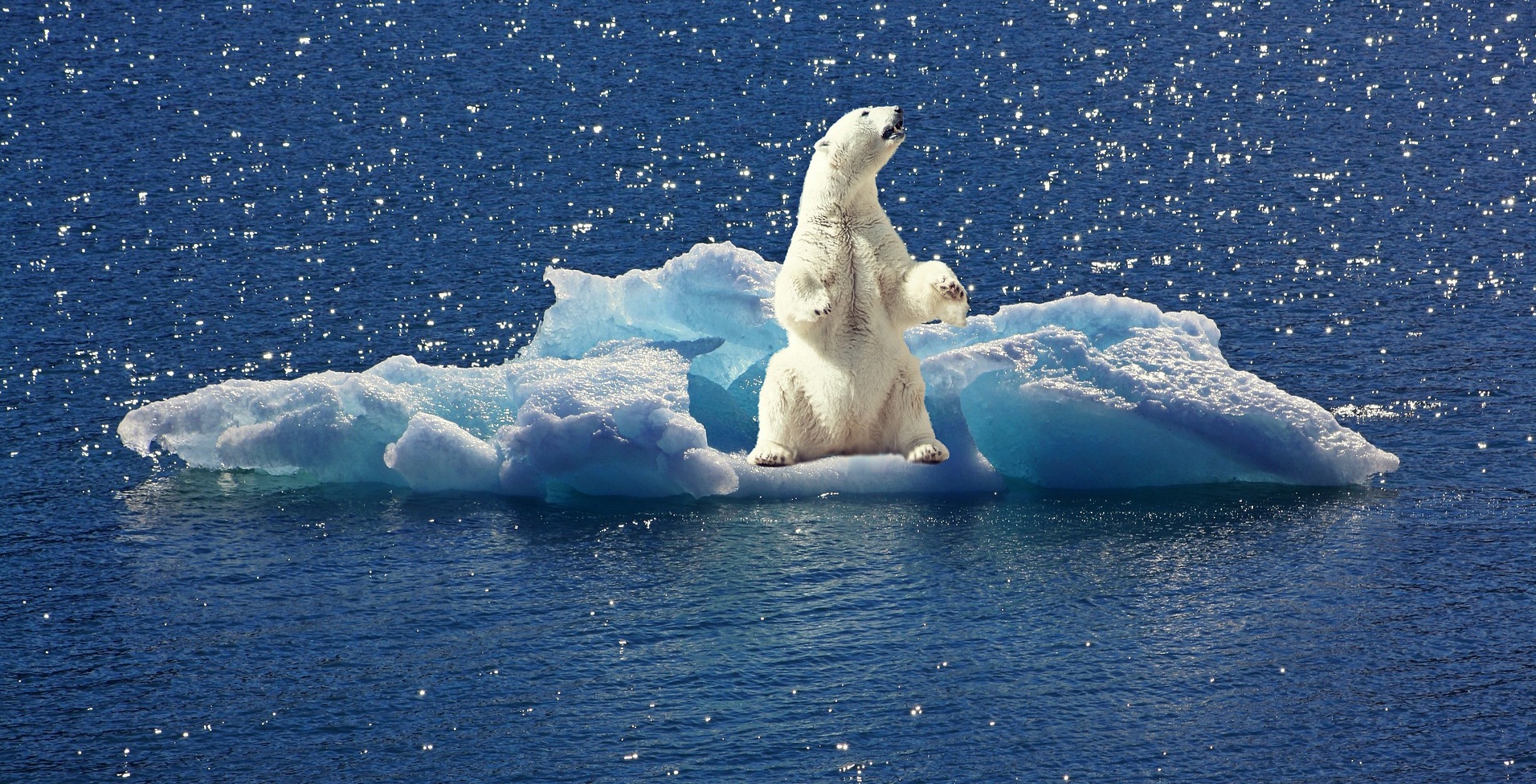 Oceans cover 70% of our planet and are the fundamental building blocks upon which all life on Earth depends. Without oceans, the nature’s machinery would come to a grinding halt. Oceans regulate the climate, supply food and oxygen to living beings, and provide social and economic goods and services to the world’s population.

We seem to not fully appreciate what our oceans do for us, as human activity has degraded them to the point of disaster. Only recently have we begun to truly understand the devastating damage we are doing to the oceans. If nothing is done, we risk destroying the very ecosystems our survival depends on.

The list of dangers to ocean conservation is long and varied. Here is a list of three of the biggest threats.

Humans have become extremely adept at extracting fish and other marine animals from the ocean. Unfortunately, the fishing industry has become so good at what it does that global fish stocks are being decimated at astonishing rates. A 2016 report on the state of world fisheries released by the United Nations Food and Agriculture Organization (FAO) stated that 90% of the world’s stocks are now considered depleted or overfished. Global fish stocks are reaching their sustainable limit.

Fishing itself is not inherently harmful, and indeed necessary. As Nick Nuttall of the United Nations Environment Programme points out, “one out of five people on this planet depends on fish as a primary source of protein.” The problem is the unsustainable nature of current fishing practices, where more fish are being taken out then can be replaced by those left over. 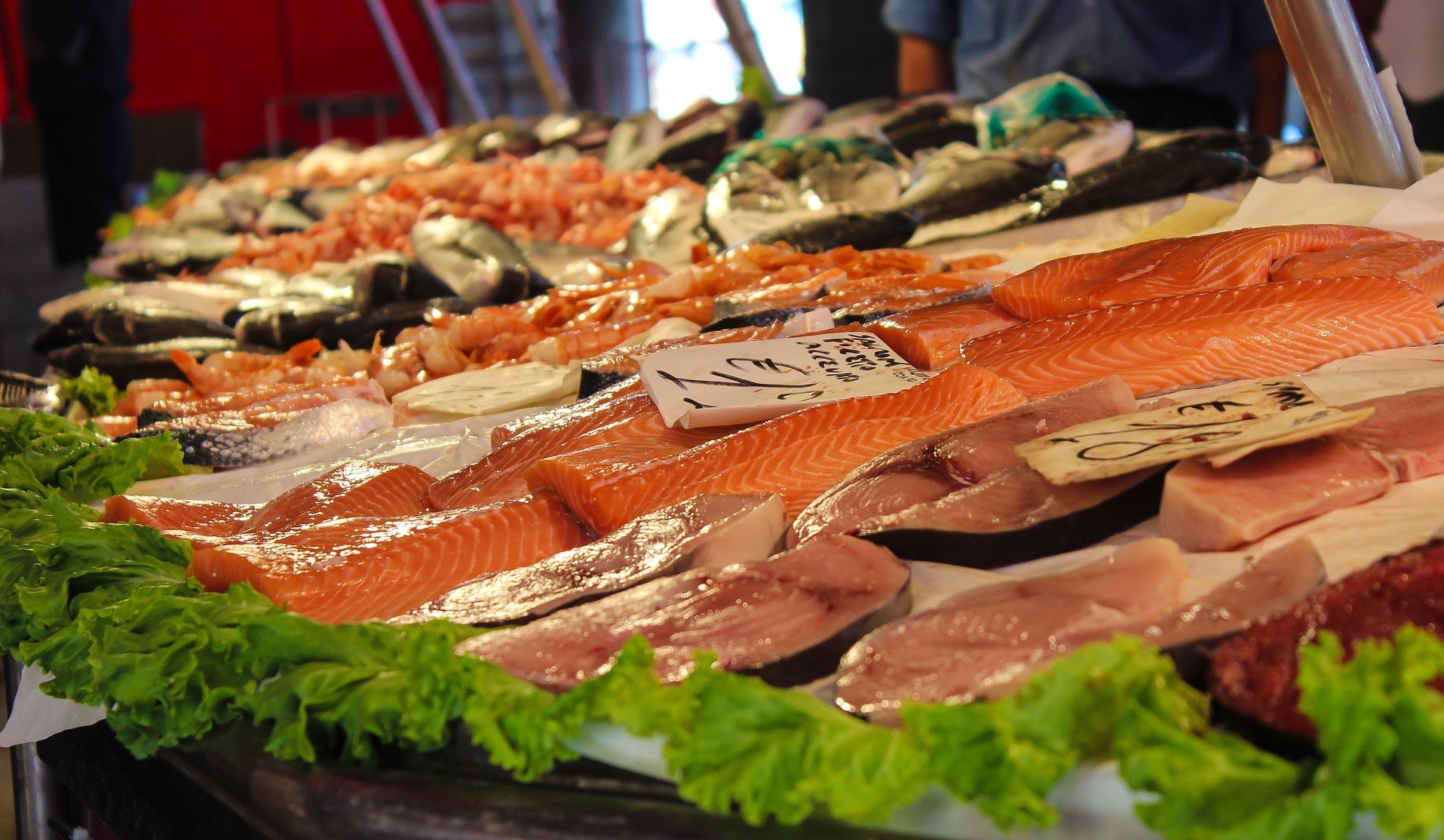 Several problems have led us to this situation. First, according to the World Wildlife Fund, “the global fishing fleet is 2 to 3 times larger than what the oceans can sustainably support.” Second, destructive fishing practices such as deep-sea trawling led to the unnecessary deaths of countless animals caught as bycatch. According to the FAO report, “bycatch can be several times greater than the target species.” Third, there are not enough marine protected areas where fishing is banned or restricted, allowing fish stocks the time and space to replenish themselves.

National governments have been slow to create effective regulations to combat the negative impact of overfishing. Even when they do, enforcement is weak and inconsistent. Overfishing is extremely disruptive to marine ecosystems, destroying habitats, disrupting the food chain and rapidly shrinking fish populations. But the consequences of overfishing go far beyond the ocean, threatening the livelihoods and food security of over a billion people.

By now it is a familiar refrain, albeit one that is not taken seriously enough: Earth is warming and this is a serious threat to the future of life on our planet. The effects of climate change on the world’s oceans are no less important than its impact on the surface. The average global temperature of the world’s oceans has risen by 0.6°C (0.1°F) over the past century and, while this may not seem like a lot, it is enough to set off a chain reaction that is rippling through marine ecosystems, including:

According to National Geographic, “perhaps the ocean organism most vulnerable to temperature change is coral.” Corals are covered with microscopic algae called zooxanthellae that not only lend corals their brilliant colors, but also provide them with food. These algae are sensitive to changes in temperature and the incursion of warmer water can cause them to die, a phenomenon known as coral bleaching. Corals without a healthy layer of algae become weak and quickly die off. Given the vital importance of coral to marine ecosystems (coral reefs serve as nurseries for many species of marine life), the increase in bleaching is a worrying sign of the trouble to come.

The world has experienced numerous and widespread bleaching events all over the world recently, including at Australia’s iconic Great Barrier Reef. 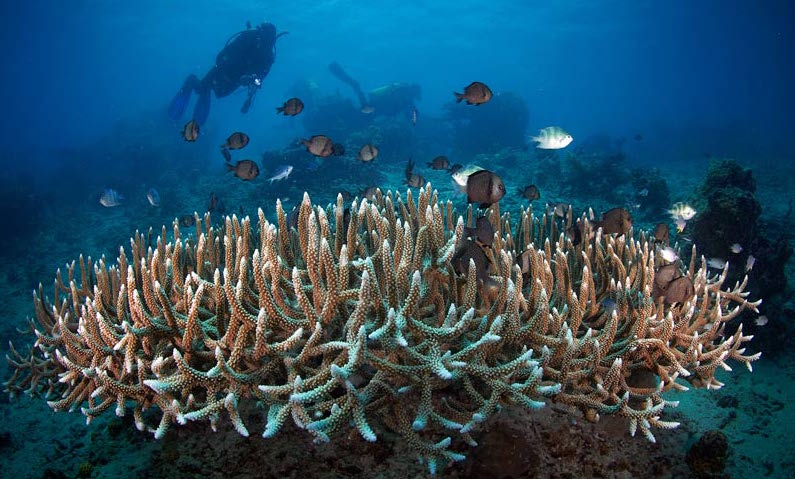 As the amount of carbon dioxide released into the atmosphere by human activities has risen, so has the amount absorbed by the oceans. As a result, PH levels in the ocean have risen by 30% over the past 250 years and they show no sign of slowing down. When water becomes more acidic the dissolved oxygen essential for gilled marine animals to ‘breathe’ becomes harder to extract. Additionally, ocean acidification has a dramatic effect on calcifying species, such as shellfish, crabs, lobsters and corals. Higher levels of acid make it harder for them to build calcium carbonate shells or skeletons. When these species are threatened the effects ripple through the food web.

Scientists studying climate change predict that increased global warming is causing significant changes in weather patterns, with one meteorologist remarking that “I don’t recognize the climate anymore.” The past few years have seen a marked increase in the amount of rainfall in some regions, as well as a ramp up in the intensity and frequency of tropical storms and other extreme weather events. Warmer water evaporates more easily into vapor, so what normally would have been a small storm can easily morph into larger and more powerful storm systems. In addition to destruction on land, stronger storms can increase damage to marine ecosystems like coral reefs and kelp forests.

According to a study by the Intergovernmental Panel on Climate Change, “global sea levels rose by about 8 inches in the last century. The rate in the last two decades, however, is nearly double that of the last century.” Two main factors are causing sea levels to rise and both are related to global warming: the expansion of sea water as it warms and the added water from melting ice.

As sea levels rise marine ecosystems come under threat. Marine life living close to coasts face the threat of shifts in food supply and widespread habitat destruction as shorelines move inland. Sea turtles are especially at risk because they rely on sandy beaches to lay their eggs. The long-term survival of mangroves, which are at the center of complex ecosystems at the border of land and sea, are also in danger because they rely on stable sea levels for their survival and prosperity.

By far one of the most visible threats to the world’s oceans is the introduction of harmful contaminants caused by various forms of pollution. An almost unfathomable amount of waste discarded by consumers and chemicals dumped by industries—everything from untreated human sewage and fertilizers to plastic products and other solids—makes its way into the ocean each year. Whether it is done through apathy (littering), by accident or negligence (oil spills), because of natural events (runoff from drains and rivers), or on purpose (corporate dumping), pollution in the ocean causes a litany of problems. 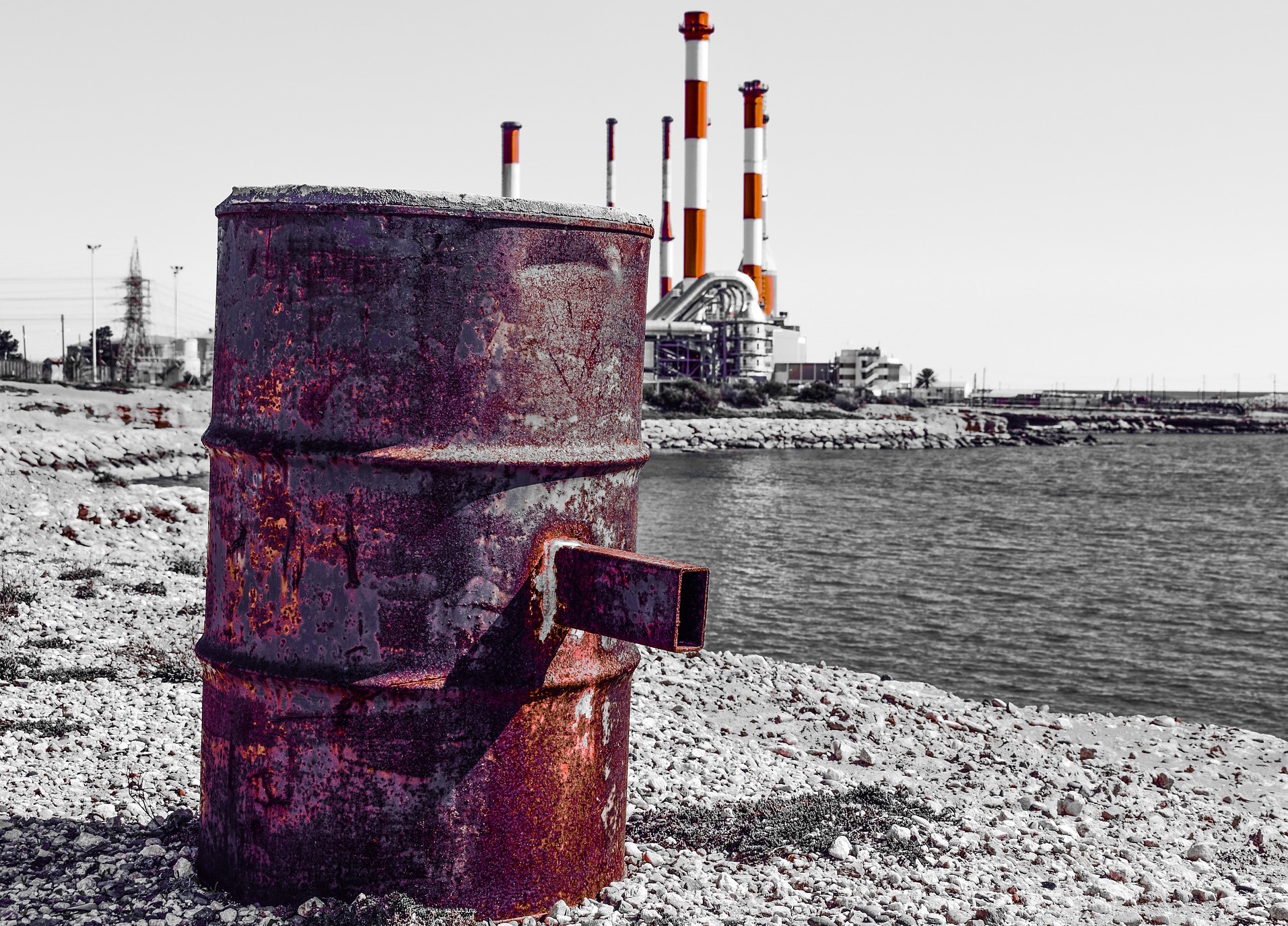 Pollution contaminates the habitats of marine animals and threatens the health of marine ecosystems all over the world. As National Geographic points out, “many of these pollutants collect at the bottom of the ocean’s depths, where they are consumed by small marine organisms and introduced into the global food chains.” The World Wildlife Fund says that “almost every marine organism, from the tiniest plankton to whales and polar bears, is contaminated with man-made chemicals.” Nutrient-rich fertilizers washed into rivers from farms cause algal blooms that deplete dissolved oxygen in the water and suffocate other marine life, similar to the effects of ocean acidification. Marine life often mistakes plastic garbage for food. Whales, dolphins, sea turtles and many more have been found dead, their stomachs full of plastic and other foreign materials.

The world’s oceans are under attack from all angles and humans are largely to blame. Historically, the prevalent attitude was that the ocean was so vast that any impact humans could have on it would be negligible. But since the Industrial Revolution, the astronomical increases in production and the rise in consumer culture that came along with it has proven this contention wrong time and time again. One must only look as far as the ‘Great Pacific Garbage Patch’, the Deepwater Horizon oil spill, ocean dead zones or even the closest beach to see the negative influence of human activity on the oceans.

While solving or reversing many of the problems above seems impossible, the scientific knowledge exists to minimize the damage caused. It is a question of will and, ultimately, it is up to us. We can take steps in our personal lives to limit our consumption. But that is not enough. Our society needs to adopt a widespread shift toward sustainable production if we’re going to enjoy our oceans for much longer.

What Can You Do?

You have already started by educating yourself about the oceans, marine life and the threats to both. Here are some other suggestions for things you can do to help save the oceans: