If you want to fly to outer space, you have to go deep under the sea at first. Here’s an extraordinary example: the first artist-astronaut in the world has been carrying out her dream for years via diving. Let’s welcome Dr. Sarah Jane Pell, a lover of human spaceflight and extreme performance, who came from Australia to Art Taipei 2017 to present an overview of her practice and the themes emerging from her experience in the deep sea and inspiration from outer space. 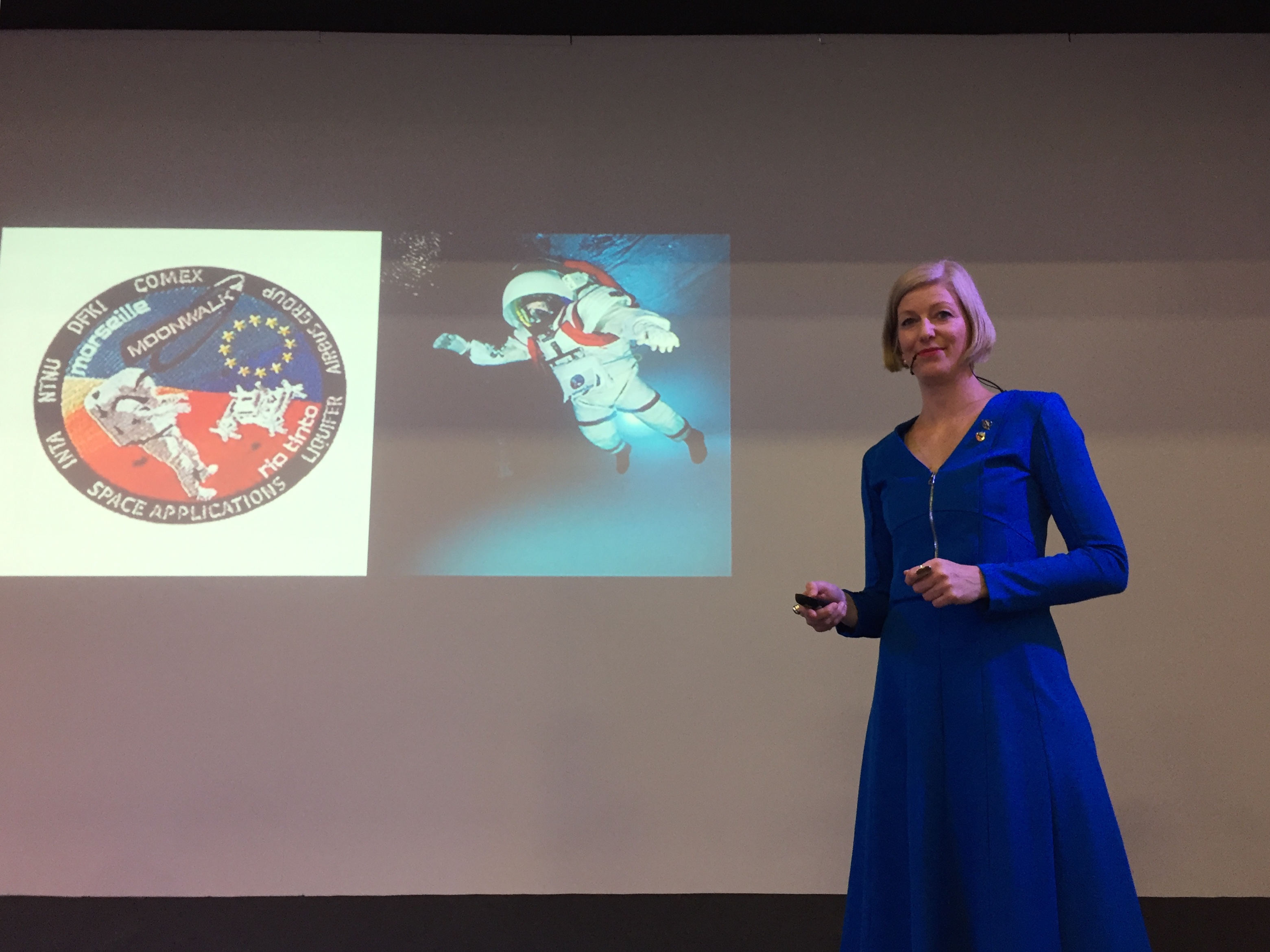 Her works combine the traditions of performing arts, occupational diving, and habitat technologies. She is best known for pioneering “aquabatics.” “Aquabatics is the term I use to describe the research between contemporary performance praxis, commercial diving operation and life support protocol,” she says. Pell devises new forms of art and interactivity to explore physical conditions, psychological states and the development of aqueous philosophy.

The wings appearing in her artwork ‘Second Nature, Second Skin’ are based on the design of Leonardo Da Vinci. Audiences are likely to connect the underwater performance to the myth of Icarus, but in the ocean. “In water, I related the body to space; how the body falls, floats and flies. The rhythm underwater is slow and linked to the breath. With the underwater inspiration, I can imagine being in space.” she explained. 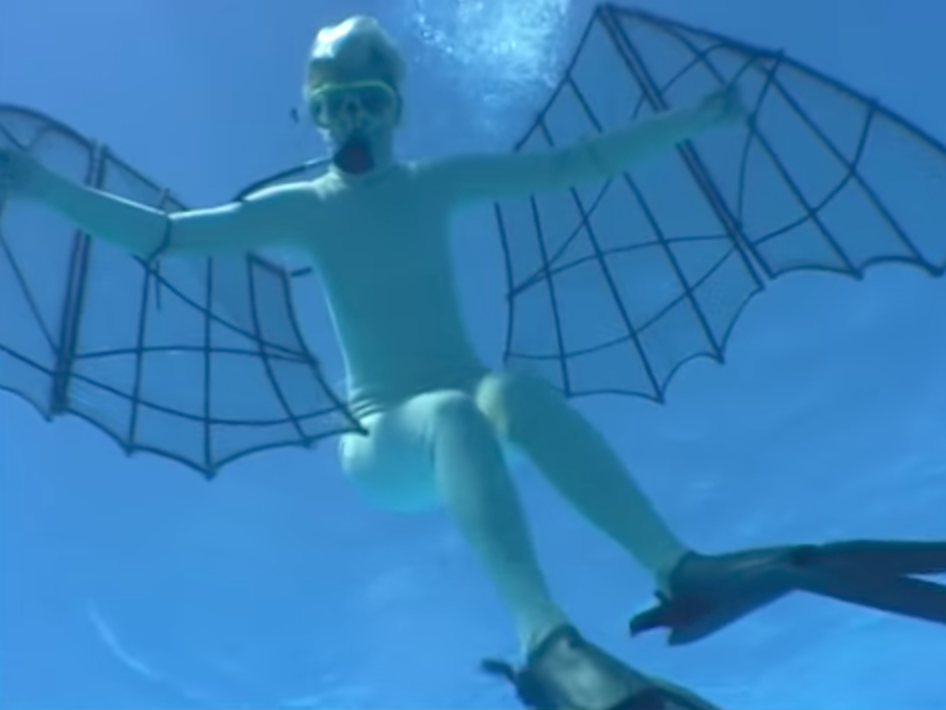 Having logged over 500 hours as an occupational diver, Pell was contracted to perform repetitive blackwater operations under extreme conditions. Not just onshore construction, but open ocean aquaculture, inland waterways… you name it. To further underwater performance excellence and marine environment awareness, it was in this intersection of performing arts and scuba diving that Pell pursued themes of human-aquatic adaptation to other worlds and other extreme-performance interfaces as a broader metaphor for the human condition.

Pell introduced that for Edwin Aldrin, the former astronaut, his interest in scuba diving inspired the usage of underwater EVA (Extra-vehicular activity) training to simulate weightlessness, which has been adopted to allow astronauts to practice techniques in zero gravity condition. “It was Edwin Aldrin who came up with the idea to train for space missions underwater. I follow that tradition to put an extra perspective in training.”

Diving down is not enough for Pell, she decided to climb up to high altitudes. In 2015, Pell led Bending Horizons, an expedition to the summit of Mt. Everest, and made art en route. She reached the base camp, but aside from her and the Sherpa guiding them, the crew fell ill. A few days later, the expedition was aborted due to the tragic 2015 Nepal earthquakes. 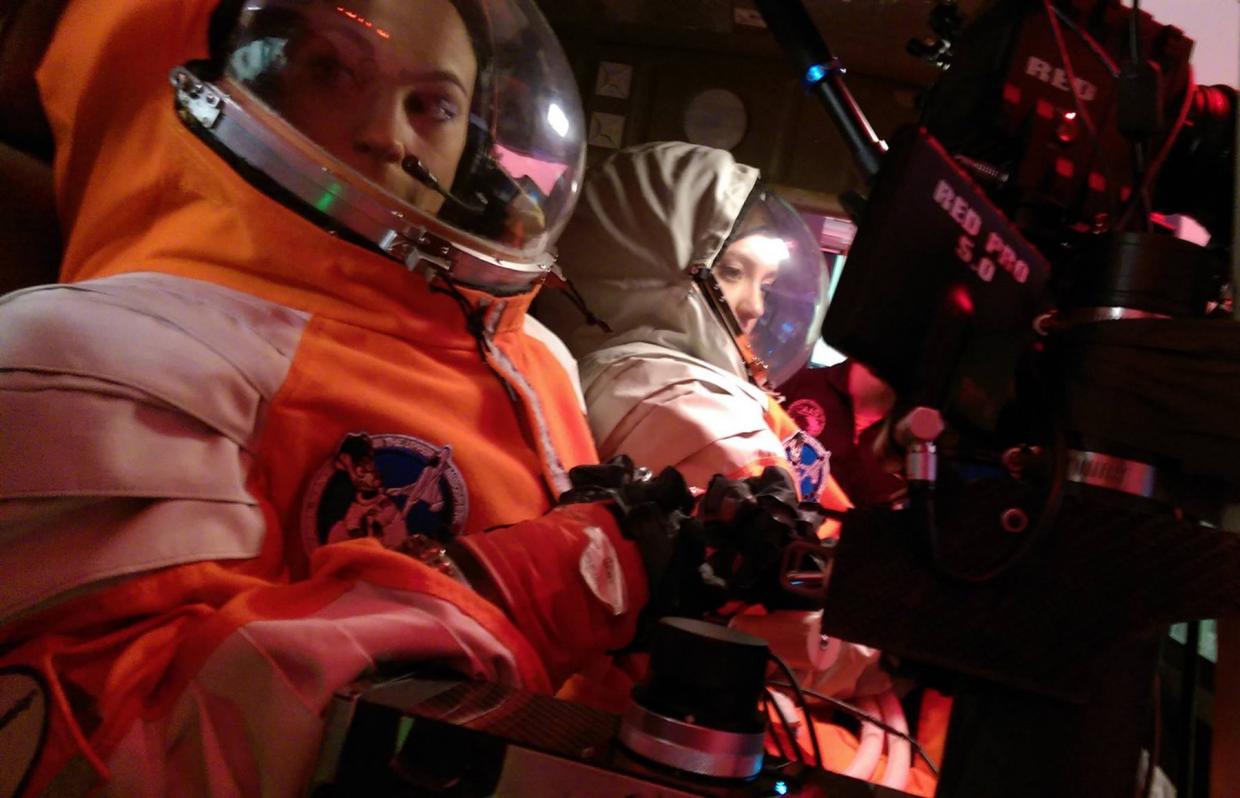 Pell’s acknowledges her journey starting from the bottom of the sea and hopefully deep into space. “Then I returned to Melbourne. I set my sites going to space. Not just in sci-fi but in real. I joined project PoSSUM, and begin training.”

More than a professional diver, she is also the first artist to graduate from the International Space University, where she created a system to train in underwater situations that are similar to space. In 2016, she qualified as a PoSSUM (Polar Suborbital Science Upper Mesosphere) artist-astronaut candidate, operating a special camera during suborbital flight, which evolved from a NASA-sponsored flight opportunity. The vehicle travelled to a total perigee of 103km above the earth to fly the Noctilucent Cloud Tomography mission.

Then “Moonwalk” is another one of the most prominent projects Pell accomplished in 2016. The simulation trial supported new and practical methods for the interactions between astronauts and robots in a subsea analogue site to the moon, in preparation for real missions in the future. “Underwater we can feel similar gravity to the moon, feel body cooperation between humans and robots either in the pool or in the ocean. I wear a spacesuit and dive suit at the same time...in my mind I’m on the moon. Sometimes it’s hard, sometimes it’s fun. Preparing for space is preparing your body and imagination.” 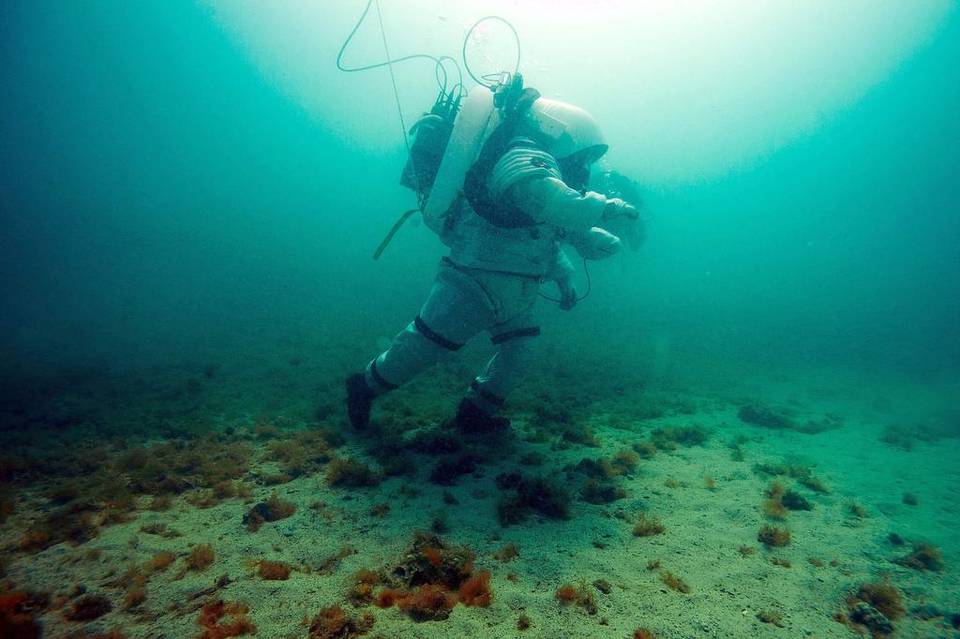 Pell focuses on designing undersea laboratories to test innovative countermeasures and hybridized life support systems for future imaginings of the evolution of our species.

What comes next is her main adventure in 2018: Project Poseidon, another large-scale collaborative art and science research project. It’s a proposed 100-day undersea exploration and research expedition at Aquarius Reef Base located off the coast of Key Largo, Florida. The multi-disciplinary research mission integrates the areas of marine biology, ocean sciences, human health and performance, physiology, geology, engineering, unmanned systems technologies, and space analogs. Pell will partner in underwater performance and be researched by scientists.

Pell told her mother she wanted to go to space at the age of 11. However, she chose to major in arts, rather than pursuing a typical path toward astronomy. Today, she continues on her mission of flying to space not as a scientist, but as an artist. “One doesn’t need to have science background to become an astronaut?” I asked out of curiosity. She gave me a smile and then replied, “I’m trying to prove it.”