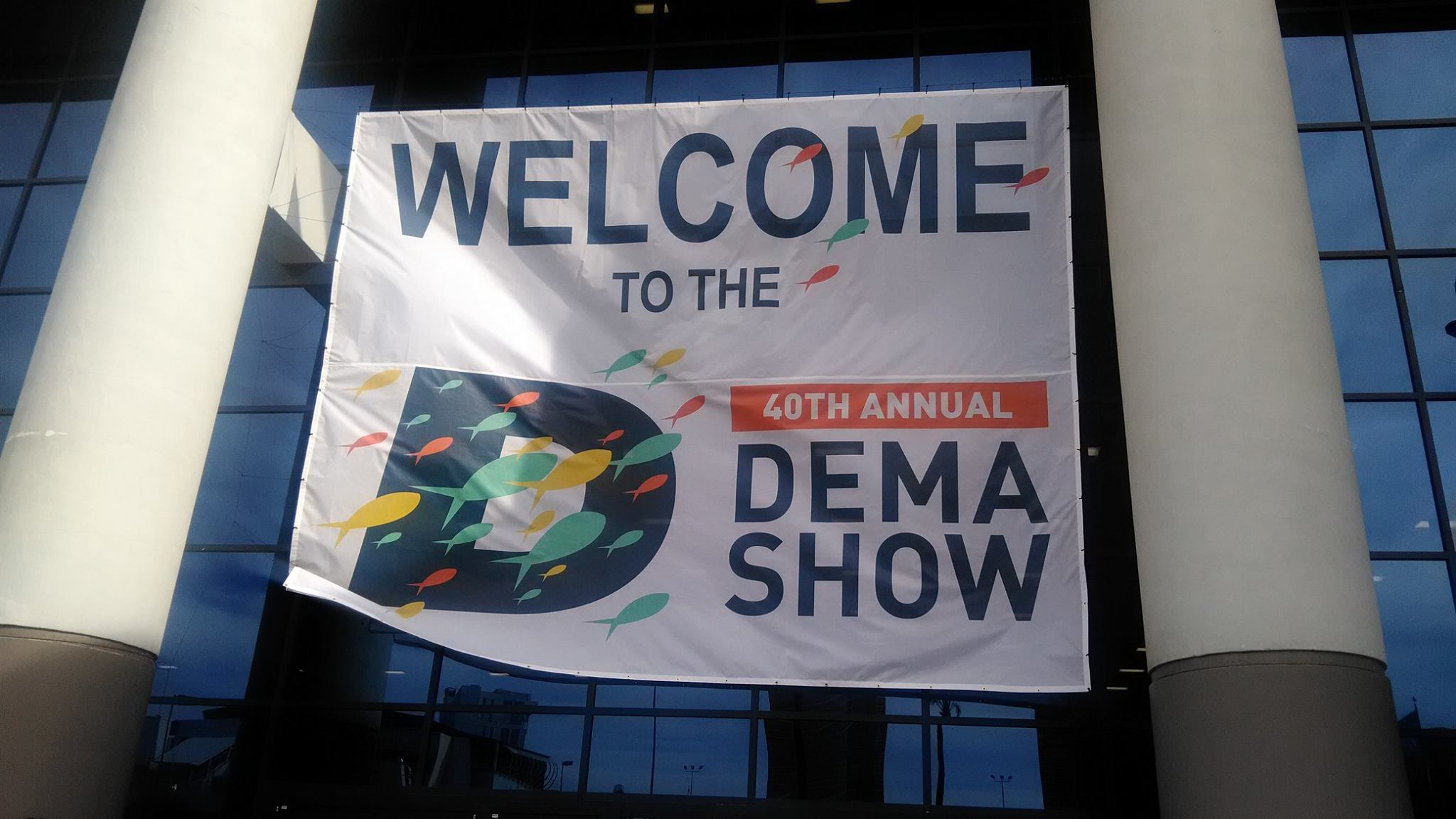 DEMA Show 2016 was a tradeshow to remember. All the big names in the scuba diving industry were there: certification agencies, big and small manufacturers, liveaboards, dive resorts, travel agencies and so many more. Countless new products were launched by exhibiting companies, great deals were offered, and a whole lot of bubble talk took place during the 4-day-long surface interval at the Convention Center in Las Vegas.

DEMA was especially exciting for Deepblu as it introduced not one, but two new products: a new social network for divers and a refresh of the original dive computer, the COSMIQ+. Both products received nearly universal praise. As one visitor said: “Deepblu is the only company here that is doing something truly innovative in the diving industry.” 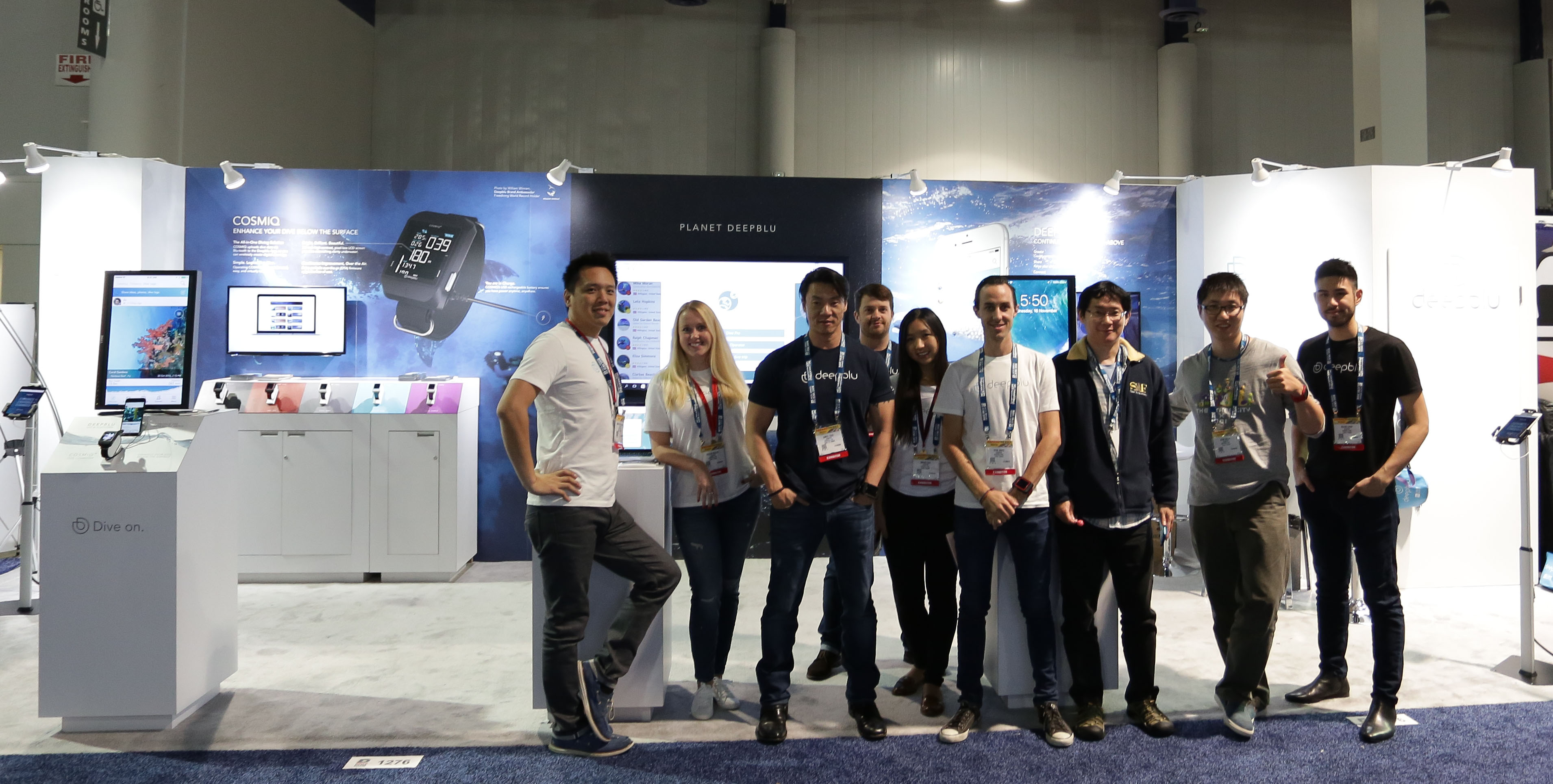 The Deepblu Team gathered in front of their booth at DEMA Show 2016.

Visitors at DEMA got a chance to sneak a peek at the all-new Deepblu web platform, the first truly social network for divers which was slated for release in December 2016.

"The effect of the live demonstrations of both the app and the platform were just as powerful as we had hoped," said Brad Chen, Co-founder and President of Deepblu.

Divers now had a powerful way to log their dives, share their memories, collect their underwater photography and videography, access quality content and connect with each other. Businesses saw in it a great way to market themselves directly to a user base made up of their target customers.

Passers-by also got to play with the brand-new COSMIQ+. The refresh of the original COSMIQ Dive Computer introduced a bottom timer feature for technical divers and a wide range of beautiful color schemes.

With phones hooked up to large monitors, people could test out the interaction between the mobile application and the COSMIQ dive computer in front of the surrounding guests. 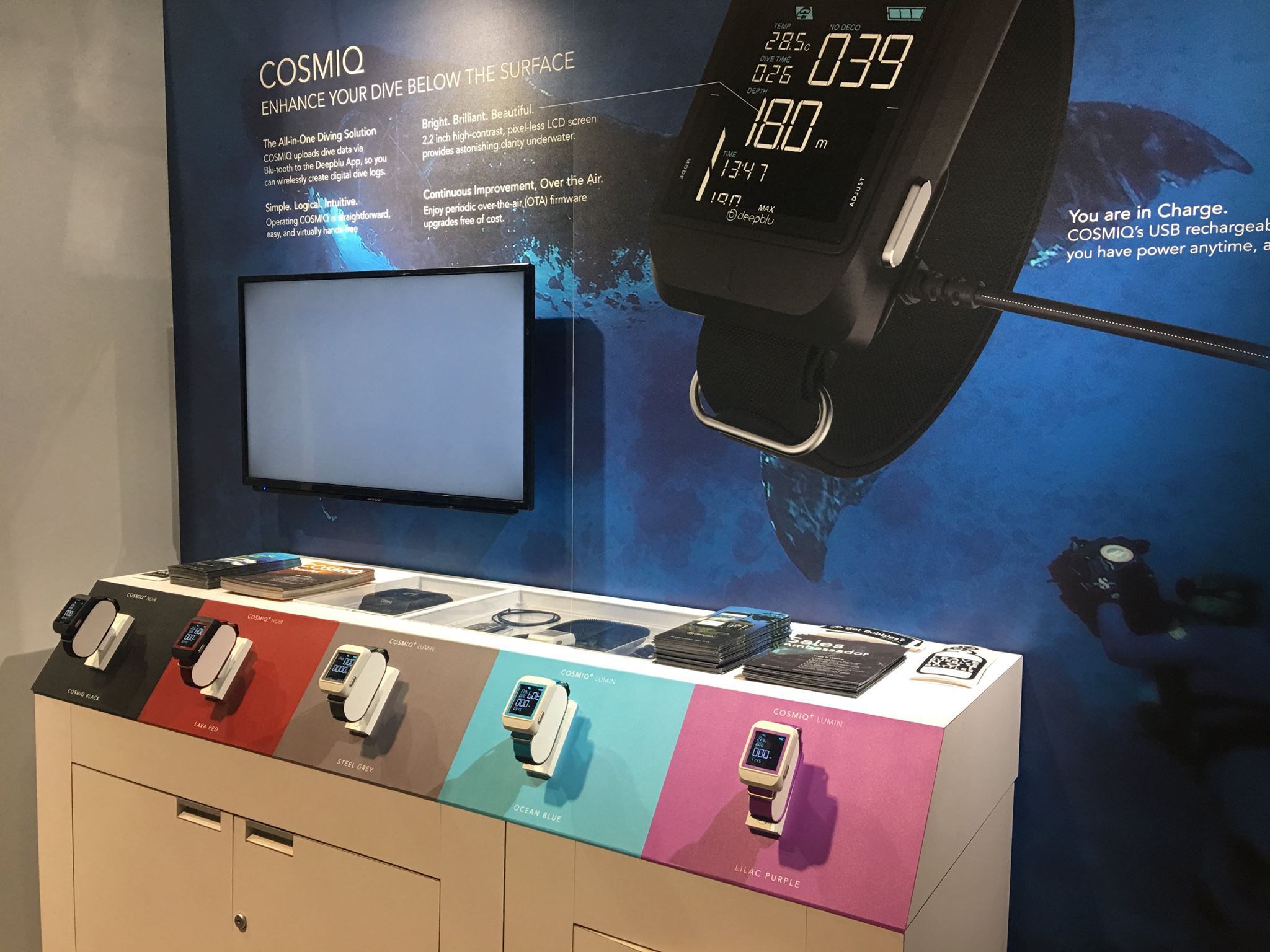 The COSMIQ+ Dive Computer in all its glory.

The Sexiest Booth on the Floor

Bright, colorful and interactive, the Deepblu booth was constantly buzzing with activity. Visitors could explore the Deepblu app and the web platform on their own or get a live demonstration from one of the staff.

The massive displays and close-up product photos caught the eyes of passers-by and free COSMIQ giveaways piqued the audience’s interest. Those who had never heard of Deepblu before DEMA certainly did now, and others flocked around the booth to learn more. 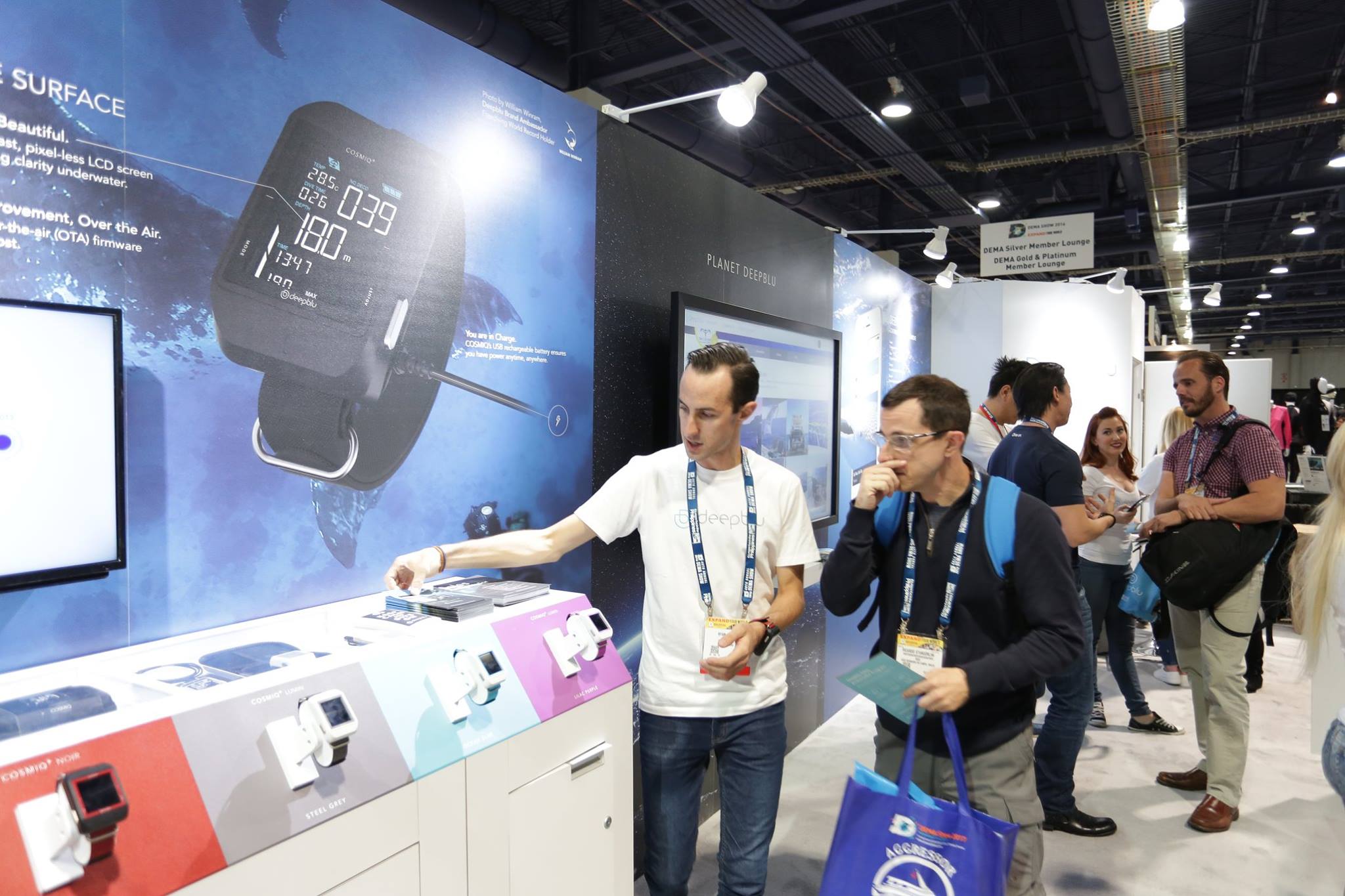 Lots of activity at the Deepblu booth.

Deepblu hosted a total of six seminars during the week. The seminars were divided into two types: The Expert Spotlight series and Deepblu Sales Workshops.

Two Expert Spotlight seminars were held by big names in the underwater photography world: Tobias Friedrich and Brent Durand. Friedrich's seminar covered light in underwater photography, while Durand spoke about technological advancements and the future of the industry. The other was hosted by a pioneer in the fast-growing freediving business, François Leduc.

The Deepblu Sales Workshops were information sessions about our two sales programs: the Deepblu Sales Ambassador Program and the COSMIQ Reseller Program. The first workshop was dedicated to existing members of our sales networks. A member of our sales team provided in-depth information about every aspect of the sales programs and discussed proven strategies for selling COSMIQ+ more effectively.

The other two Sales Workshops focused on recruiting new members to our two sales programs. These workshops were more general, detailing the features and functions of COSMIQ+ and going through the details of the sales programs themselves. The focus was on how our sales programs were designed to benefit our partners and the support we provide them.

Deepblu’s first time at DEMA certainly won’t be its last. Having basked in the overwhelming success, the team is already making preparations for a next attendance and participation in other shows all over the world. Next up is the boot show in Düsseldorf, Germany in January 2017.