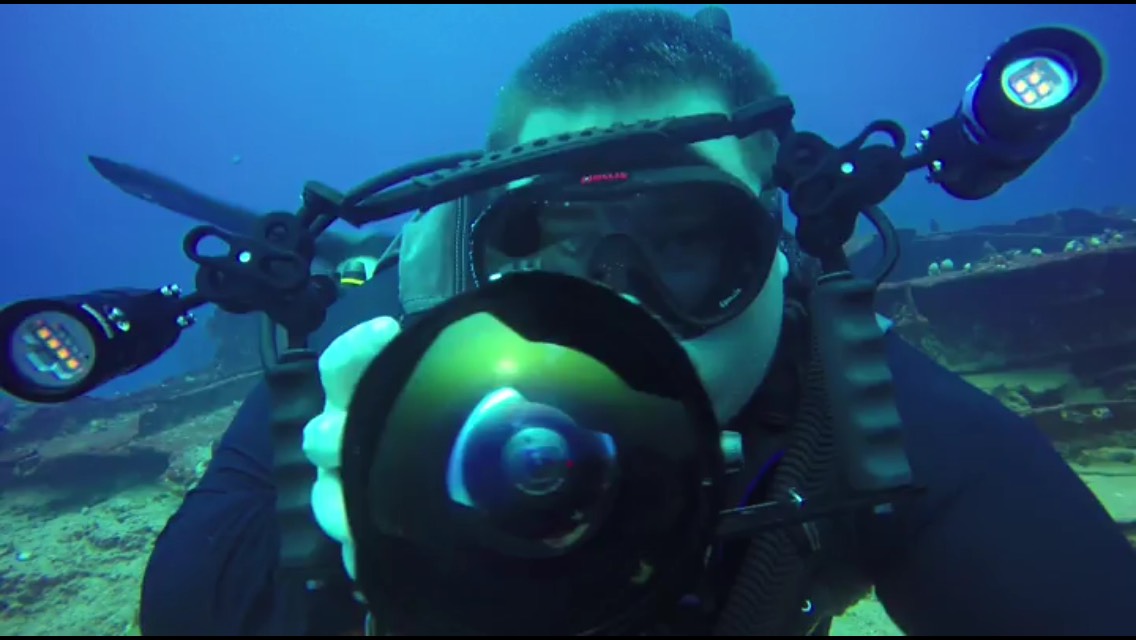 Justin Carmack has quite an incredible story. It begins years ago in the oil fields of the United States. He worked just a few months out of the year for a good salary, his bills were paid, he had everything he needed at the time. In terms of the American Dream, while it was fleeting for many, Justin was set. He had the best truck in town, his health, and the world in the palm of his hand. He was in the rare position, an enviable one, in which he could go in any direction.

But then, unfortunately, an accident took him out of commission. For many this would be the end, but for the man who had worked hard to get what he was after it was simply a new opportunity. Not that recovery was an easy process, but Justin took this time to study, to think about life, and ultimately to travel. There was no time for moping about, but only moving forward for the tenacious soul.

He ended up in Mozambique, he liked it, and he decided to stay. Of course, we all need food and shelter, so to the job search he went. This is when he found the dive center that would change his life yet again. They offered him a job, he accepted. From there he got started with his PADI certification, and then took it a step further by starting a blog about his new passion. It wasn't an instant success, but with time, energy, and effort he stuck it out until it became one of the most successful scuba blogs on the planet. He now spends his time traveling the world in an attempt to tick off boxes on a list of the 100 best scuba destinations, which he also happened to curate.

He has since added film and photo to his repertoire, and thus taken it to the next level. Evolving from his original blog, called True Nomads, Justin added an extensive multimedia experience and founded Art of Scuba Diving. In addition to being a travel blog, it's a one-stop whiz kid shop of knowhow about the sport. Back in June he was kind enough to answer some questions for me, and here's how it went.

For starters, where are you based?

Right now I'm the Philippines. It's one of my favorite countries for diving, and I am trying to dive and film the best locations in the country. My ultimate goal is to document the top 100 scuba locations in the world, but I'm going slow and doing a lot more locations not on the list. Right now, Philippines.

You have a lot of great videos on the site, what’s your secret?

I guess persistence, and being in the best possible locations. I post daily videos on Instagram, and if you're a long term follower on there you probably notice an evolution in the quality of content. I just get better with practice, upgrading my gear, and diving the best locations in the world doesn't hurt.

What kind of gear do you use for filming?

My main camera is a Canon 600D, Sea and Sea housing and tray and arms, two Kraken 5000 lumin video lights, a Sea and Sea 10inch dome port, a Sea and Sea macro lens port. Lenses are Tokina wide and Canon macro. I also have a underwater tripod from Xit 404 that bolts on the bottom tray. I can use it as a tripod, or lay the legs flat and use them in my hands for smooth panning shots.

Both cameras are great. I also have a mount for a GoPro 5 on top of each, to either get more film of the big stuff, or switch around and film myself for the vlogs.

You have a good team of people, how often to you all get to be in one place?

Almost never! I have three writers, two in the U.S. and one in Canada. The one writer is more of a underwater photographer and I send her to different locations to make cool videos, such as the Mexico cenotes last month. These days we don't meet up much. Except for one of my virtual assistants. We hired my girlfriend to manage the site, and we live together in Cebu now. Everyone else like video editors and SEO managers etc are scattered everywhere.

What’s your best dive memory with the crew?

I have never dove with any of my crew besides my girlfriend. I either attend press trips and campaigns alone, or with other bloggers and influencers, or I send Aalia, usually for the American and Caribbean trips. Splitting up the team like that gets us more footage and content, for cheaper. Like I said, sometimes we are on group press trips with other influencers, but we prefer to plan our own trips and campaigns to the locations our readers would enjoy seeing.

Where do you see Art of Scuba Diving in the future?

We are going the video route. We want to explore underwater 360 videos and other cool ideas, but I think my dream would be to get into making our own shows and documentaries. My goal would be to have little film crews at many locations around the world, shooting various documentaries or a series about diving and marine life, and have them all published on the site. When we get the content up, we would like to be sort of the Netflix version for scuba related video. Kind of like our own network, one that's free but subscriber-based. Just like Netflix you would have to subscribe, but then will have access to lots of documentaries and different shows and series about diving. That's the long term goal, but that amount of content will be a while. Our first documentaries will probably be in Philippines, Indonesia, and Palau.

How often do you get to dive?

Not every day, because I go to so many locations, but quite a lot. I just hit my 700th dive, after only three years. These days I like to hit a location, dive a lot for 4-5 days, then go have a couple weeks off to edit footage and catch up. Now that I send people to other locations for more content, my interval might be longer so they can get their content going. They do daily videos on Instagram during their trips too, so I don't want to overlap.

Where’s the next adventure?

Right now I am in US getting new gear and talking to sponsors, then I fly back to Philippines. I'm doing a collaboration with one of the biggest travel blogs in Asia, Our Awesome Planet, where we are exploring the top 10 scuba locations in Philippines. We just finished Dauin, and next we go to Malapascua, Anilao, and Coron. Then I'll head to Indonesia and will be diving Bali, Komodo, Raja Ampat, Alor, and Wakatobi sometime in September. Aalia should be going to Saint Lucia, Florida, and a sunken submarine in the Carolinas about the same time.

Keep it up! Thanks for talking to us.