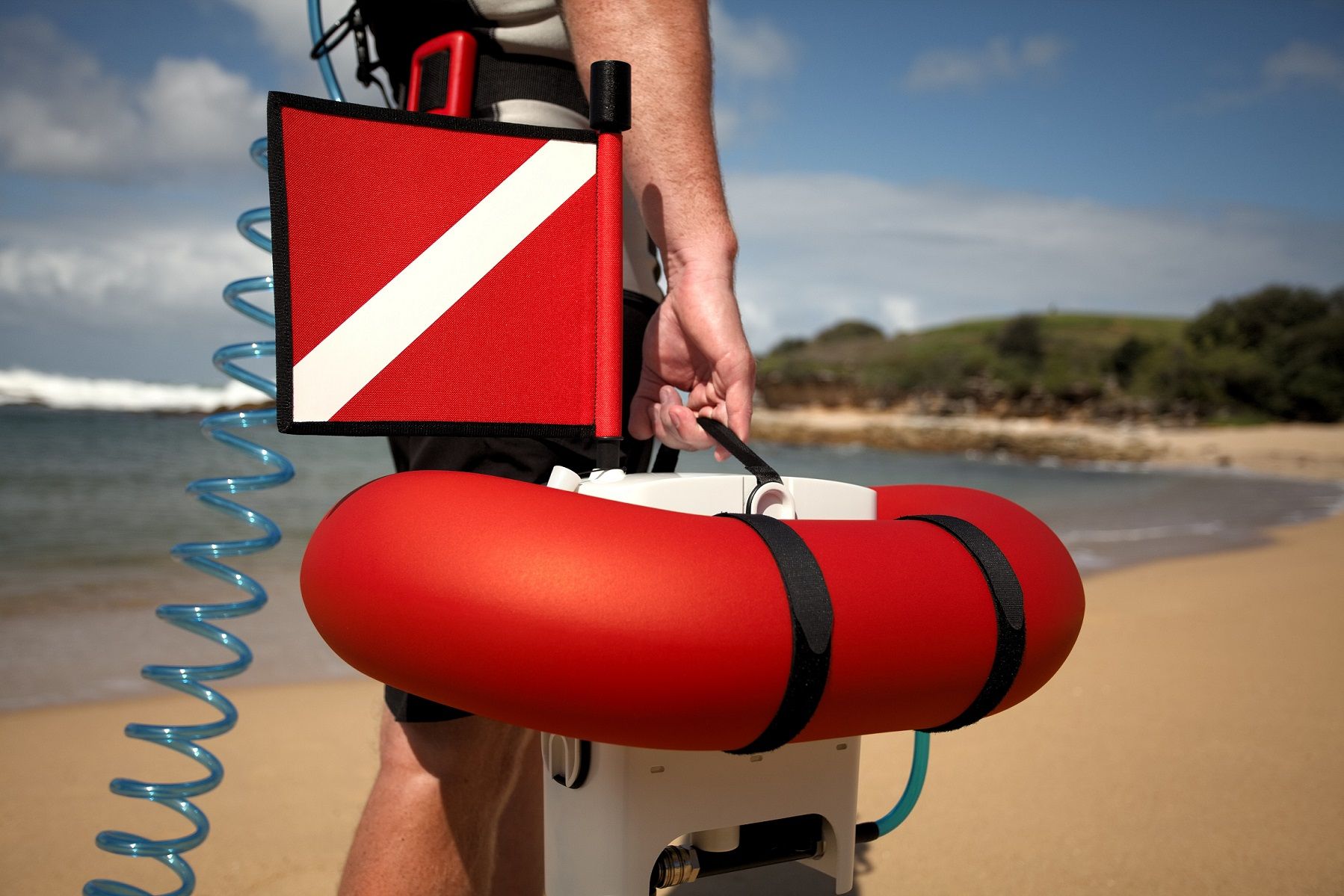 When we think of diving, we think of a lot of things. An undying passion to get under the water, the constant itch to find something new, and the urge to jump out into the world are three things that bind the community, and community is what it’s all about, which is why it’s no surprise that we are starting to get more and more projects straight out of the internet’s various crowdfunding opportunities. In the past there were several things that niche communities could only dream of, and now, because of shared passions, people all over the world are becoming more connected in efforts to promote innovation like never before.

It’s from both the irresistible urge to get out into the water and the unbreakable community of the sea that unto the Earth has arrived AirBuddy, a system which, as described on their website, will allow you to “grab your gear and go.” This is something that is music to the ears of anyone looking to just hop in the car, like their friends involved in almost any other form of recreation, and get out there to do what they love. This fully integrated system allows the user to get under the water tank-free and explore up to a depth of twelve meters. It’s essentially the scuba equivalent of picking up a bat and glove and heading out for a game of baseball, to be a bit grandfatherly and nostalgic about it.

Both like the Stepdive, which Deepblu previously covered, and an innovation all of its own, Airbuddy opens up a world of opportunity for people who don’t always have the time to fill their tanks but never lose that hankering to get under things. While they are similar in their own ways, Airbuddy further incorporates the experiences of snorkeling and scuba diving by allowing up to 45 minutes of uninterrupted diving and charges in just three and a half hours when plugged into a wall outlet. With a length double that of the Stepdive, Airbuddy allows for deeper fun and the possibility of safer abalone and lobster hunting in addition to a wide myriad of activities not afforded by the Stepdive, which was intended to train children for the far more cumbersome activity of scuba.

While crowdfunding is by no means a new idea for the scuba community, it is one that is benefitting the scene greatly by allowing a democratic market to vote with their money in order to meet the demands of the highest number of people. With new innovations approaching at every turn and trade fairs all over the world presenting us with new ideas, it’s nice for both the consumer and the innovators to know that there are people responding, not just in the form of an internet post or a Facebook like, but in a way that sustains the future of growth in the sport and sends a message of support for those thinking up the next big thing. 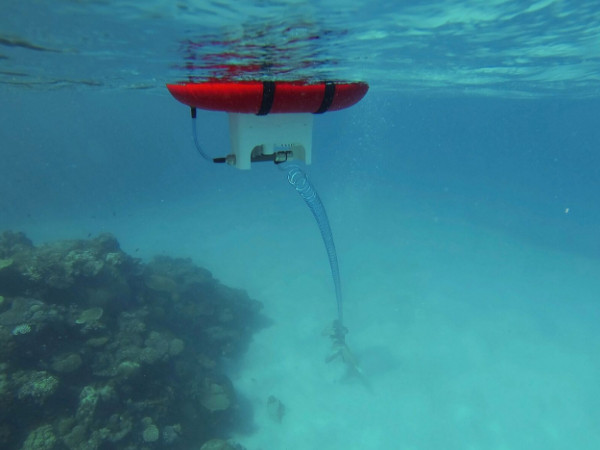 The Airbuddy gives a user an extended dive. Photo courtesy of Airbuddy.

The response so far has been tremendous, to compare to the early days of crowdfunding projects for scuba. While projects used to run in the tens of thousands, at press time, with three hours left in the campaign, the Airbuddy has reached a peak of almost $254,000 USD. Furthermore, this giant sum shows the faith of 323 people who pledged what calculates out to be about $786 per donor. This sign of faith in the community is unheard of in many, with divers showing that they’re dedicated to getting their hands onto the latest technology which will let them enjoy the sport with ease.

As time progresses and the number of people diving in the world begins to swell it will be fairly unsurprising to see not only the number of new innovations hitting the crowdfunding pages, but the number of people willing to donate to a once unfamiliar cause. While many passions involve an easy habit of simply getting up and going, diving has always been a more difficult one to do on a whim. When news like this gets out, however, the market begins to stir and the community’s interest peaks as to what might happen next to show us a good time.