An Eleventh-Hour Attempt to Save the Vaquita

An Eleventh-Hour Attempt to Save the Vaquita 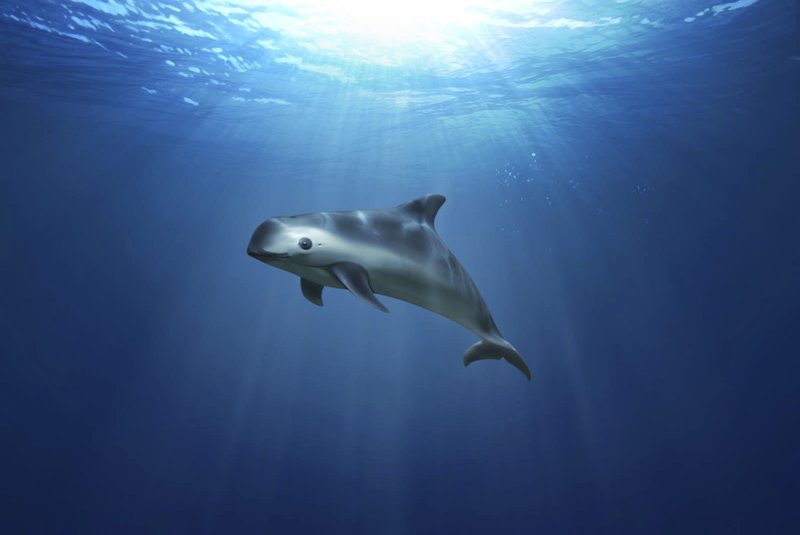 The vaquita porpoise has become a rare sight © Associated Press

The world’s most endangered marine mammal, the vaquita porpoise, received a helping hand last week from none other than U.S. actor Leonardo DiCaprio, Mexican billionaire Carlos Slim and the President of Mexico, who agreed to step up efforts to stave off the extinction of the critically endangered species.

At a June 7th meeting at Los Pinos, the official residence of Mexican President Enrique Peña Nieto, the attendees signed a Memorandum of Understanding pledging to protect valuable marine ecosystems in the Gulf of California, including the vaquita. The agreement commits the government of Mexico to take major steps to curb illegal gillnet fishing in the area, which has been responsible for the all but complete collapse of the vaquita population. The agreement is backed by the Carlos Slim Foundation and the Leonardo DiCaprio Foundation, both of which promote a variety of philanthropic causes, including the preservation of the environment.

“Mexico understands its responsibility as one of the world’s most biodiverse countries,” said President Peña Nieto in a joint statement. “That is why we have implemented an historic effort to avoid the extinction of unique species in the world and to protect important ecosystems such as the Revillagigedo World Heritage Site.”

Nets that Serve no Porpoise

The vaquita, or phocoena sinus, is a tiny toothed whale with a dark grey backside, white underbelly and dark rings around its eyes. These seemingly perpetually-smiling creatures are endemic to the northern part of the Gulf of California in Mexico and are most often found swimming close to the shore in shallow waters.

Vaquita populations have plunged dramatically since their discovery and identification in the 1950s—the International Union for the Conservation of Nature (IUCN) estimates there are less than 30 left—mainly as a result of the illegal fishing of another endangered species called the totoaba. Vaquita are often caught as bycatch by fishermen targeting the totoaba with gillnets, which have small mesh holes designed to allow a fish to get its head through the netting but not the rest of their body. The holes are the perfect size for vaquita, which get stuck in the nets and drown.

Chinese demand for the totoaba’s swim bladder, purported to have medicinal properties, has fuelled a vibrant illegal trade even though fishing and trafficking the totoaba have been illegal in Mexico since 1975. An investigation by the Elephant Action League, an non-profit organization that gathers intelligence on wildlife crime, found the swim bladders on sale in one Chinese province for $20,000 USD per kilogram. Because the bladders are so valuable, poachers are willing to flout regulations to smuggle what has been referred to as ‘aquatic cocaine’.

Under the memorandum signed last week, the Mexican government has committed to making permanent a temporary ban on using gillnets in waters where the vaquita live and to improve enforcement of the ban and prosecution of illegal totoaba fishing. The memorandum also includes a commitment to work with local communities on a plan to promote the adoption of more sustainable fishing practices and accelerate the development of fishing methods to replace gillnet fishing that will be less harmful to the vaquita population. The two foundations pledge to provide resources to support the enforcement, research and implementation of the memorandum’s objectives. 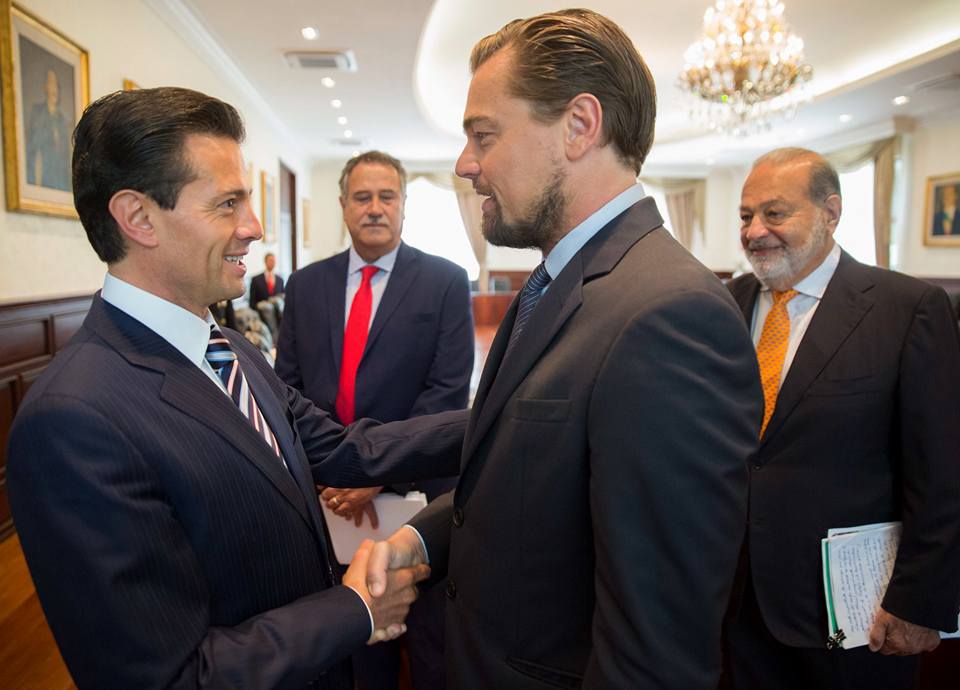 The meeting follows a public campaign by NGOs such as Sea Shepherd, which raised over $500,000 USD to support a campaign to save the vaquita, and the World Wildlife Fund (WWF), which collected over 200,000 signatures on a petition aimed at influencing the Mexican government to act on the issue. Celebrities including DiCaprio and Kelly Slater spoke out on social media in favor of efforts to protect the vaquita, with DiCaprio encouraging his social media followers to sign the WWF petition.

“Now, more than ever, the world is looking for bold leadership at every level to tackle climate change and environmental conservation issues,” said Mr. DiCaprio. “I am honored to work with President Peña Nieto, who has been a leader in ecosystem conservation, to ensure the future viability of marine life in the Gulf.”

Other efforts are underway to save the endangered vaquita. Sea Shepherd sent two of its ships, the M/V Sam Simon and the M/V Farley Mowat, to be on the lookout for poachers in the vaquita reserve and to notify authorities of any illegal fishing activities. Additionally, a $4 million rescue plan undertaken by a group of conservationists and scientists in April, involves using U.S. Navy dolphins to identify and locate remaining vaquitas that can be captured alive and transported to a protected sanctuary in San Felipe, Mexico.

The Last of the Vaquitas

While the agreement is a significant step, and a complement to existing efforts to save the vaquita, it may be too little, too late. With less than 30 of the species left as of the last count in November 2016, the vaquita is listed as critically endangered by the IUCN, the highest risk category. Their numbers are so low that they could go extinct within months.

“The vaquitas are facing imminent extinction unless immediate and drastic is taken,” said Herbert M. Bedolfe, Executive Director of the Marisla Foundation, another group involved in what could be the final attempt to save the vaquita.

In the past, other species have recovered after being on the brink of extinction. Hunting had reduced the numbers of the American gray wolf to only 300 according to a 1960 count. Today, there are over 5,000 gray wolves residing in 48 states. A similar story took place with the gray whale, which was hunted to the brink of extinction by the early 1900s. After receiving full protection by the International Whaling Commission in 1947, its population has recovered and grown close to its original population size.

Nonetheless, the challenge is more difficult with the vaquita, given their extremely low population numbers. Bold action is necessary to prevent losing them forever. Following through on this agreement could be the vaquita’s last chance.