As divers, we absolutely love being underwater. Some may even say we enjoy the underwater world enough that we could live there. But is this actually possible? And if it were, would you trade land living for a life in the ocean?

Some scientists believe that people will need to live underwater one day because both the human population and sea levels are rising.  Before people can move below the surface, though, there are some problems to solve. How will people breathe? What about food? Electricity?

Well, you’re not the only one who has ever thought of this. In fact, a man named  Jacques-Yves Cousteau set out to answer this exact question.

Nicknamed ‘Captain’, Cousteau is known worldwide for greatly improving the scuba regulator, which was the foundational element of modern scuba diving. He also sailed the world aboard the Calypso and documented his extraordinary adventures.

When the whole world wanted to conquer space, Commander Cousteau was convinced that oceans would be the future of humanity and decided to colonize the underwater world. This endeavor was known as the Precontinent Project.

In 1962, the first cylindrical underwater house (5 m long and 2.5 m large), named “Précontinent ONE” was immersed off the island of Frioui in the Mediterranean Sea at 10 m deep. Though its size was quite small, this underwater shelter didn’t lack anything. It had a shower, television, radio and even a library installed inside. Two aquanauts, Albert Falco and Claude Wesly, were set to live there for a week breathing pressurized air. Every day they would go out for a mission at 25 meters deep, in order to study the behavior of wildlife and build an underwater farm. Their mission was successful.

One year later the experiment continued but this time in the red sea, off Soudan. This time it lasted 1 month at 10 meters deep. The base was expanded with four different rooms, a laboratory, a warehouse for equipment and a hangar for underwater scooters. Five aquanauts (Raymond Vaissière, Pierre Guilbert, Albert Falco, Pierre Vannoni and Claude Wesly) lived 24 hours a day on it. And again, it was a success! A documentary is made about this incredible experience called “A world without sun” (1964). Nowadays you can actually dive there to imagine what those explorers experienced.

Through this experiment, the world learned that humans could, in fact, live underwater for short periods of time, but not without difficulty. Helium and pressurized air affected their everyday life. Voices become deformed, water would not boil and food becomes tasteless. Aquanauts would also have trouble warming up because they would dive in the water at 13°.

Besides that, other side effects of living in underwater bases include paleness and reduced vitamin D production, from lack of exposure to the sun. When aquanauts return to the surface, they are distinctly aware of the sensation of wind, which they might have not even realized they were missing.

Returning to the surface is also difficult because we have to do so very slowly. Otherwise, the difference in air pressure can make you ill.  People will need to solve the issue of air pressure before they can live underwater. Then, very little will stand in the way of making underwater living spaces.

The reality is, living underwater would change human beings. Cousteau believed living underwater would cause people to evolve. He said humans could become a new species, Homo aquaticus. Human bodies would be bigger to limit heat loss. They would likely grow webbed fingers and toes. Eventually, people would have fused legs and larger eyes. They may even look quite a bit like mermaids!

What about underwater cities? Would we be able to create a sustainable underwater lifestyle for hundreds, if not thousands of people? One of the most ambitious habitats to be proposed so far is Japanese architectural firm Shimizu Corporation’s ‘Ocean Spiral’.

This deep-sea city would use the temperature difference of deep and shallow waters to drive a power generator, while drinking water would come from desalination technology and food from underwater farms. The aim is to house 5,000 people by 2030. The cost? A mere $26 billion. Our oceans may be closer than outer space, but they’re just as expensive to explore.

You also have to consider the fact that we do not know much about our own oceans. Humans have explored only about 3% of the ocean, meaning that we know more about our solar system than about our planet’s major bodies of water! In fact, we have better maps of Mars than we have of our own ocean floor. Which means we also do not know much about the creatures that live in our oceans, and how we as humans would fit into that type of environment.

According to a study by The SmartThings Future Living Report that looks at the future of living, the human population could be living in underwater cities and in 3D-printed homes roughly one hundred years from now.

Buildings and interiors will evolve into hyper-flexible spaces, with rooms able to change size and shape depending on how many people are in there at one time. Walls, ceilings, and floors will have embedded technology that will allow the bedroom to become much smaller and the living room larger when having guests over, for example.

Preparing food will become even easier, as recipes will be downloaded and 3-D printed, ready to eat within minutes. The report also suggests that in a century’s time, we’ll be living underwater because land space in urban areas will be in short supply. Underwater neighborhoods and floating communities will spring up while building deeper into the earth will also become a priority. Sounds pretty crazy, right?

Living underwater may not be a possibility in our lifetime, but it might be something our kids, or even our grandkids seriously consider. With climate change threatening our current cities and lifestyle, it is very possible that humans may need to find other ways to live in the not so distant future. It makes you wonder, what would it be like to look out a window and see fish instead of birds?

The Life Oceanic with Dr. Till Dietsche 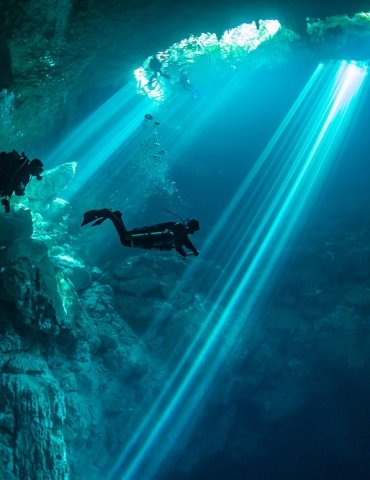 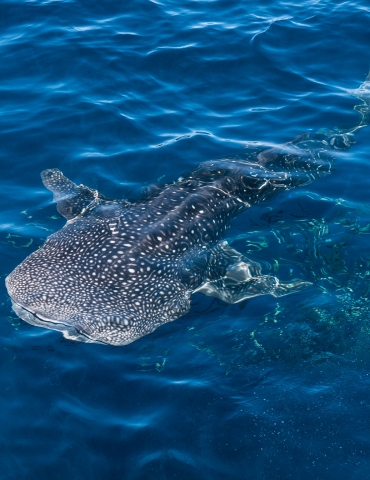 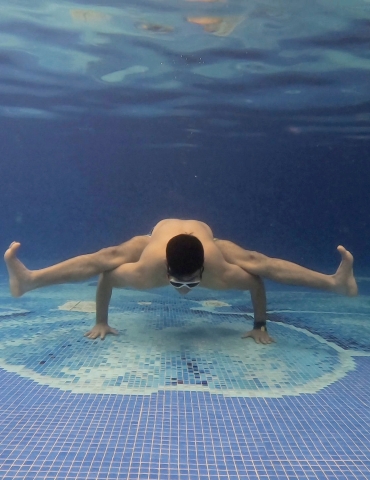