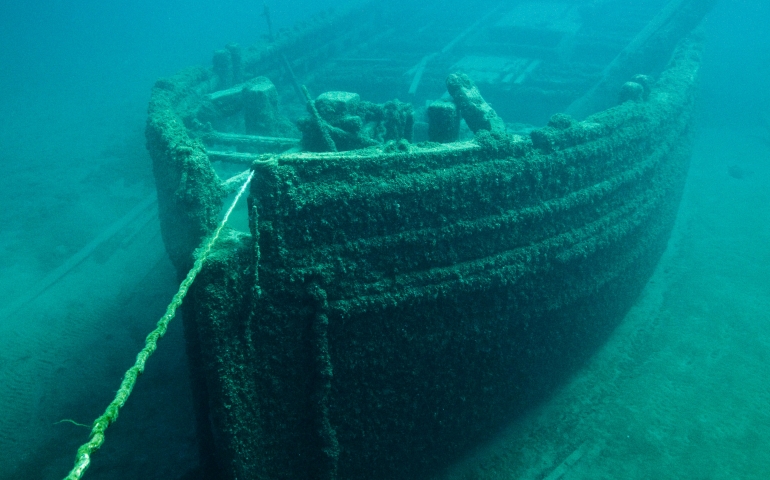 From tall mountains reaching into the clouds to an array of coral reef systems under the sea, mother nature can be absolutely breathtaking. For divers, we have an incredible opportunity to experience the wonders that nature creates under the sea.

However, not all incredible dive sites are completely made by nature alone. Humans have also created some amazing underwater dive sites, whether it be on purpose or not. In fact, some of the most intriguing dive sites come from sunken ships and other items. Creating artificial reefs benefit marine life by creating a reef system for life to thrive in, and by taking the pressure off of natural reefs, which have been overfished and over-visited. From a famous statue of Jesus Christ to a sunken war vessel, here are 10 jaw-dropping artificial reefs around the world!

The Christ of the Abyss – Italy

There are actually a few of the Christ of the Abyss statues around the world, such as the well-known statue in Key Largo, Florida. The original was placed in the Mediterranean Sea near the village of Portofino in Italy. The spot is believed to be the place where Dario Gonzatti, the first Italian to ever use scuba gear, died back in 1947. The statue depicts Jesus Christ offering his hands in peace. The sculpture is 2.5 meters high and was carved by Guido Galletti. Since it’s restoration in 2003, the statue has become a tourist destination for scuba divers around the world. In the village of San Fruttuoso, there are plenty of diving centers that organize dives for tourists.

In 2014, Jason Taylor dropped this 60-ton statue into the waters of the Bahamas, piece by piece. Modeled after a Bahamian girl named Camilla, he designed the piece so that she is supporting the weight of the ocean on her shoulders like Atlas with the weight of the world. The sculpture was made using sustainable PH-neutral materials, so it creates an artificial reef for marine life while also drawing tourists away from overcrowded natural areas.

This incredible artificial dive site is made up of 450 life-size replicas of people. Jason deCaires Taylor used local fisherman and their families as models. While creating a stunning dive site, these underwater statues also promote algae growth, which in turn helps protect coral from bleaching. The statues were made with marine-grade cement that is completely free of other substances, such as metals, that would be harmful to marine life. This type of material has proven to be the most useful substance in the support of reef growth!

Under the Turkish waters, you can find this huge, 54 meters long A330 jet. It is the largest plane ever to be used as an artificial reef. The plane was sunk a mile away off the İbrice Port in Edirne province of Turkey.  The site has only recently been opened to divers in June 2019, with the hopes of becoming a major tourist attraction for divers. In fact, the main purpose of sinking the plane was to promote artificial reef diving, hoping to attract more experienced divers. The plane now acts like a reef, becoming a magnet for underwater flora and fauna.

You may have heard of “The Underwater Hollywood,”  in Nassau. These reefs have been backdrops for many films, starting with the first silent underwater film in 1916, “20,000 Leagues Under the Sea.” Many people now travel to this dive site, and it has become a well-known tourist destination and artificial reef structure.

Among the list of iconic movies, none is more famous than England’s 007, James Bond. The site is even known as “the James Bond wrecks.”Here divers can experience cinematic history firsthand. The most spectacular of the wreck is the Tears of Allah which was featured in the 1983 film “Never Say Never Again.” Large stingrays and turtles have made a home here, making the Bond wrecks the perfect location for scuba divers of all levels. 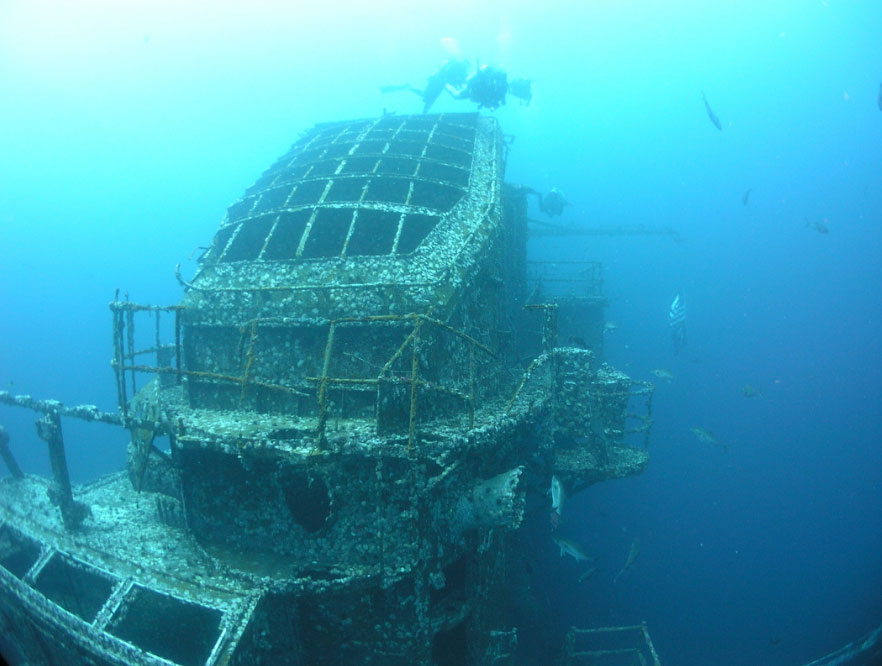 In 2006, this retired aircraft carrier was sunk off the coast of Florida to create an artificial reef. The sinking was inspected by the Environmental Protection Agency to make sure that all toxic substances on the ship were removed and cleaned out before the sinking took place. The aircraft carrier had been used in both the Korean and Vietnam wars and is now one of the largest man-made reefs in the whole world. Just after the ship was sunk, it became covered by thousands and thousands of tiny baby crabs which, of course, attracted even more fish and wildlife all of which decided to stay.

Artificial reefs serve many purposes and are incredible spots for experienced divers. They are one of the many tools used by marine conservationists to restore coral reefs around the world. They provide a stable growing area for corals and habitat for fish and anything else you would find on a natural reef. Over the years, artificial reefs have become very popular tourist attractions, and help with overcrowding of other reef sites. However, many scientists see it as working on the symptoms and not the problems that face coral reefs.

If you are curious about diving an artificial reef, we recommend doing proper research into the site you are interested in. A good artificial reef site should not be adding more plastic waste to the environment and should be free of toxic chemicals.

We hope this article has encouraged you to explore more artificial reef sites around the world and has shown the many different ways these sites can benefit marine life. Although they may not solve every problem affecting coral reefs, they are a spectacular way to reduce them! 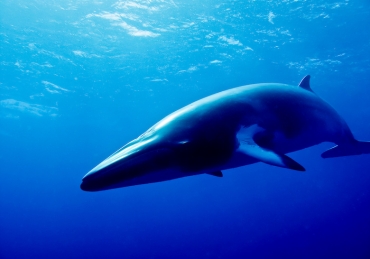 Gazing Into The Blue 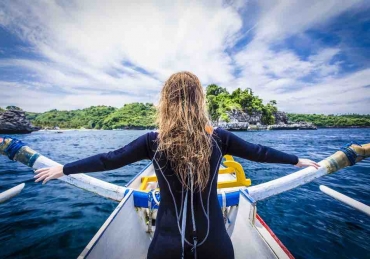 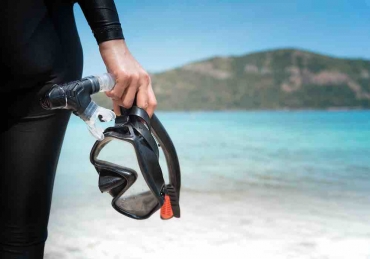 Getting a Good Deal on Scuba Diving & Snorkeling in the Bahamas

The Calm Winds of Curaçao

The Superior Producer is a Superior Dive Site

Deepblu Catches up with AirBuddy