Arguably one of the most exhilarating experiences when Scuba Diving or Snorkeling is
spotting a Stingray! The size and grace of these majestic creatures can leave both seasoned
professionals and new scuba divers in awe. If you were to hold your breath for a few
seconds while scuba diving you can actually hear their pectoral fins pushing the water
behind them propelling them forward. This is the reason many choose to scuba dive, to
simply experience the beauty of nature in its natural habitat.

So why do we frequently get the question “are stingrays dangerous?” before a dive? Why do
so many fear them and the real question is, are stingrays really that dangerous or are they
simply misunderstood? Let’s separate myth from facts and find out!

Why do people believe Stingrays are dangerous?

The main reason behind the perception that stingrays are dangerous is the death of
worldwide TV legend Steve Irwin. This renowned conservationist and television personality
was allegedly ‘’attacked’’ and killed by a stingray in 2006. News spread that Steve was
reportedly ‘’stabbed hundreds of times’’ which led to dozens of stingrays being mutilated as
revenge for his death. Many Australians even went as far as threatening to punch captive
stingrays. From this moment in 2006 stingrays were classified as something to be apprehensive of, and worldwide fear was instilled. 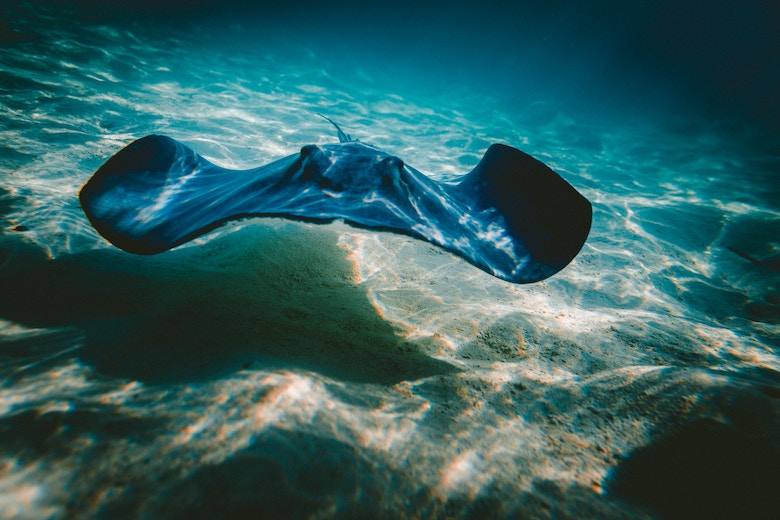 Many believe that the attack was unprovoked, however one theory suggests that the Stingray believed that Irwin’s shadow was, in fact, a predator as his shadow mimicked that of a tiger shark.

So was this accident a case of being in the wrong place at the wrong time, or is there more evidence to suggest that Stingrays are innately dangerous and we need to be cautious around these animals.

According to Wikipedia, there are about 220 known Stingray species organized into 10 families. They do not attack aggressively or even actively defend themselves. Experts classify stingrays as docile creatures and when threatened, their primary reaction is to swim away. There have been only two recorded fatalities in Australia since 1945 and that includes Steve Irwin. With this being said non-fatal incidents do occur more frequently throughout the world. 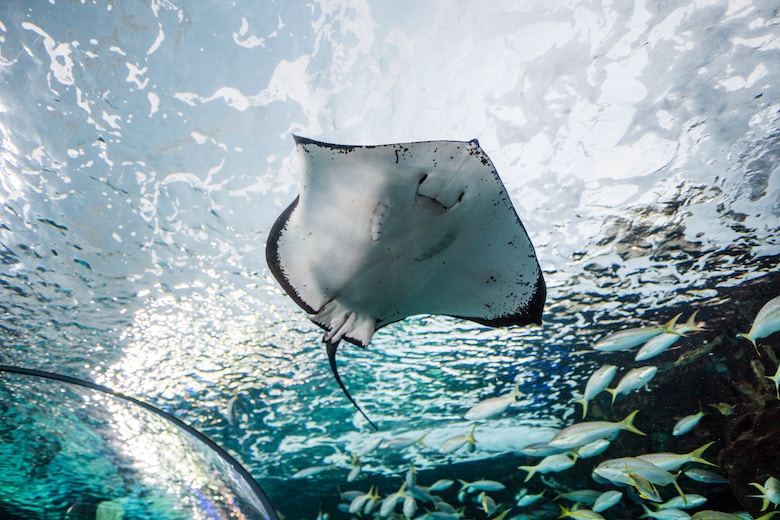 What causes these non-fatal accidents?

The habitat of a stingray is in shallow beach waters nestled beneath the sand where they feed primarily on clams, oysters, mussels and small fish. Because of this, most incidents occur to the ankles and lower legs as unsuspecting tourists step on them as they are buried in the sand. Once you step on the Stingray, it will then quickly whip its tail forward and down as an involuntary reflex action and strike the victim with its barb. Although not fatal, it is said that it is excruciatingly painful and these accidents occur an estimated 1,500 times per year in the waters of the USA alone.

Why do these instances occur?

So who is to blame? Statistics have only recorded 17 stingray deaths worldwide. Scientists describe stingrays as ‘’docile creatures’’ that only ever attack in self-defense. With the extremely low number of fatal accidents and the non-fatal accidents occurring from human intervention, it can be said that Stingrays are not innately dangerous. But instead, we need to be aware of how to interact correctly with these creatures. But what is the best way to approach them? 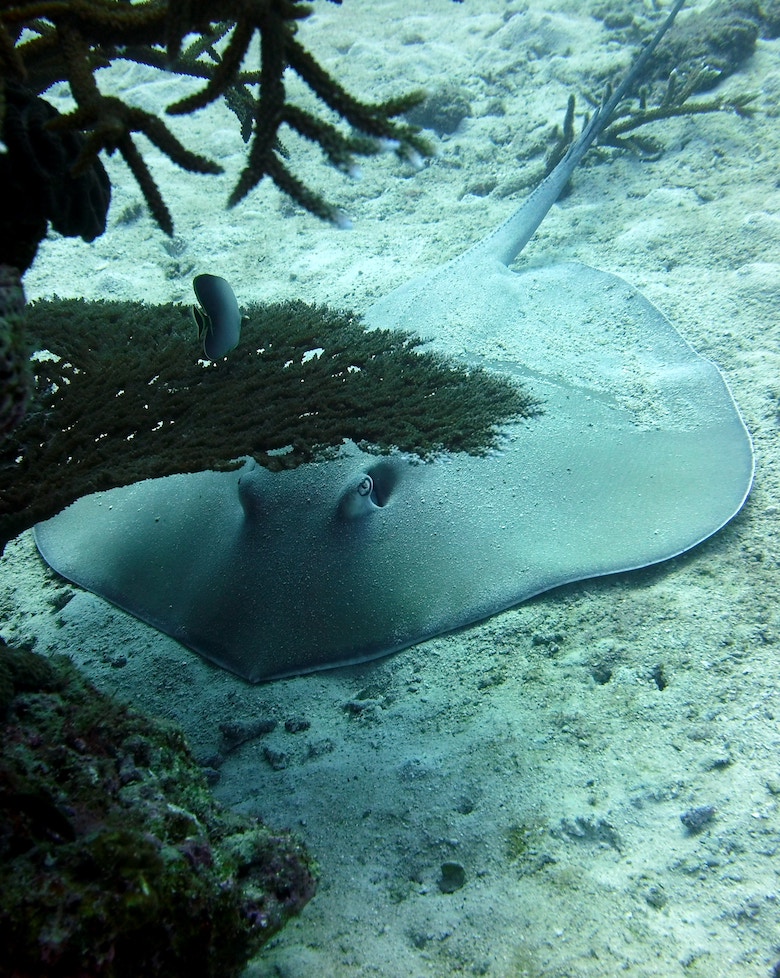 How to dive with Stingrays

As divers, we should treat all creatures with the utmost respect. With it being a well-known fact among the diving community to never touch anything when scuba diving and to leave ‘’only bubbles.’’ With this being said there are a few tips on how to interact with Stingrays
correctly ensuring a harmonious relationship.

● When entering the water shuffle or slide your feet along the shallow sandy bottom. This will alert any Stingray of your presence and they will swim away. This will prevent you from stepping on them once you enter the water.

● If you are lucky enough to spot a Stingray when scuba diving, do not crowd the ray. Experts believe that the combined position of Steve Irwin above the ray and the cameraman in front of the ray would have made the stingray feel trapped and triggered a defensive attack. Keep your distance and do not form a circle around the ray, remember we are invading their habitat.

● If you are stung by a Stingray, rinse the wound in very hot water. It helps relieve the pain from the venom and seek medical attention immediately.

It has been over a decade since the Crocodile Hunter Steve Irwin passed away and It is time
to stop fearing Stingrays and instead appreciate their natural beauty and recognize the fact
that they are non-domesticated creatures. With proper precautions and proper education,
everyone can safely appreciate the graceful beauty of stingrays up close without fear.

Hagfish Slime Is No Laughing Matter 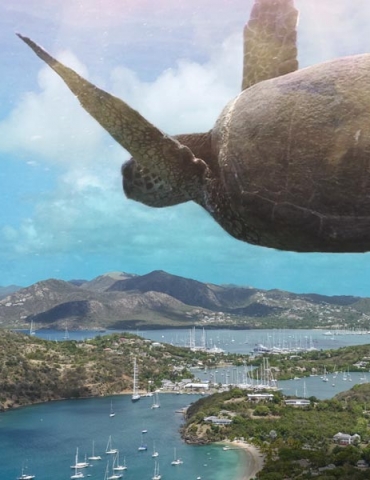 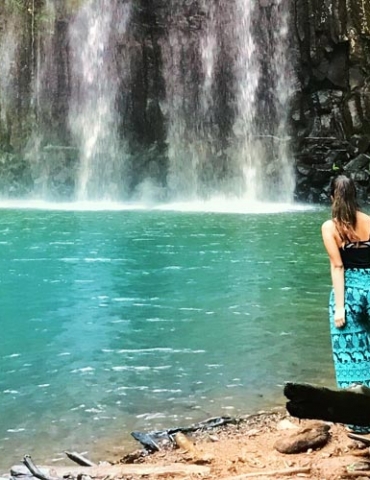