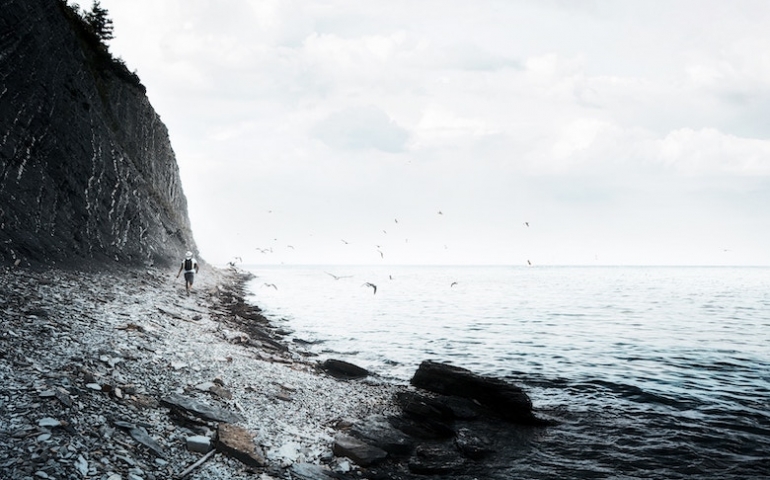 In 2016, I was taking a group of students from Penn State to Australia for a six-week experiential learning class.  Since I was the senior faculty on the trip, I only had two or three days off during the six-week excursion. My last day off was in the Northern Australian city of Cairns (Trinity Beach suburb).  With eight hours of unencumbered time, I had a plan – I was going fishing in the surf off of the beaches there.

I woke up at 6 AM, checked in with the other faculty, then went down to the desk to let them know where I was going (always a safe thing to do).  The manager told me to take the first left out of the back of the hotel and follow the path to the “best fishing spot in all of northern Australia.” I did not really buy the hype, but I thought that this could be a good place, so I went.

The “first left” was a well-marked walking path that ran along the cliffs overlooking the ocean.  This path walked behind several hotels and houses, then it came to a dirt path. He said it was a bit of a walk, so I continued along the path, which then turned into a rutted 4×4 path into the jungle.  Since the path was quite visible, I continued following it, keeping the ocean to my right. Now mind you, this was a little odd as this was brown snake territory- so I did take a lot of precautions walking through high grass or close to bushes.  The path eventually brought me to a small road in the woods, which I followed towards the water. This brought me out on an amazing beach, well worth the trip. 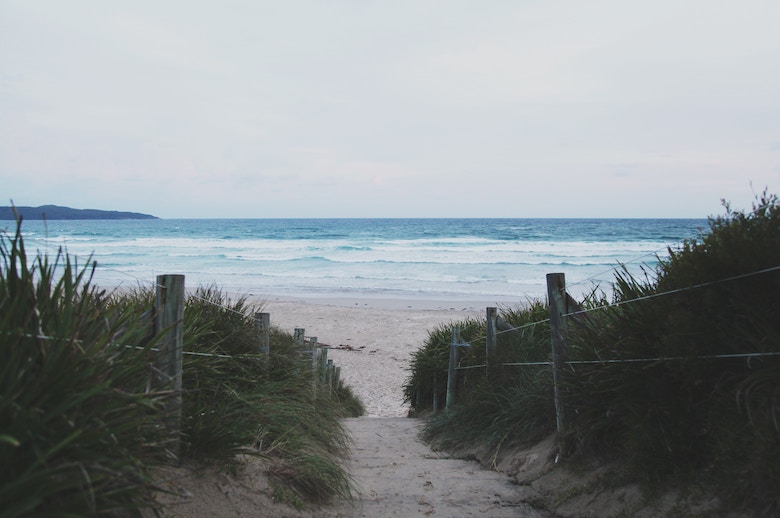 Since I could see houses across the small bay, I walked up the beach looking for a safe spot to fish.  Since this is crocodile territory (there are signs on the beaches), I made sure to stay up on rocks as I worked my way up the rocky beach.  After about two hours, I had worked my way back about a mile and a half when I turned around a point. Though the manager said that I could fish my way back to the hotel, there was a rocky point that came out into the water and the tide was high enough that the waves were essentially a meat grinder.  This is where I noticed the tide and started back towards the sand beach. However, about halfway back, a small cut in the rocks that I had “jumped over” on the way in, had filled with the tide coming in, and was too dangerous to go through in my opinion. Since the cliffs made a wall, I was on a rocky beach that was quickly succumbing to the tide with no way to go but up.

I found a tall rock on the beach and sat down to think (which I should have done earlier).  What could I do? I could not swim around the point, because while I am a strong short distance swimmer, the waves would beat me up against submerged rocks.  I couldn’t go back the way I came because the cut was flooded….this meant that I had to climb up the cliff face. Now I have climbed before, with gear and guides.  And I grew up in the mountains of PA, so I knew how to go up steep areas where snakes lived.

However, this was the steepest and the tallest area that I had ever looked been to. Adding to my concerns, it was starting to rain.  The first leg of the climb was the toughest, as it was straight up. As I climbed, the tide quickly covered my little rock that I thought was above the water line. When I reached the first “bench,” I used my dive knife to clear away some of the seagrasses so I could make sure there were no snakes.  From there I had an easier second leg up (about 50 ft) to another bench. 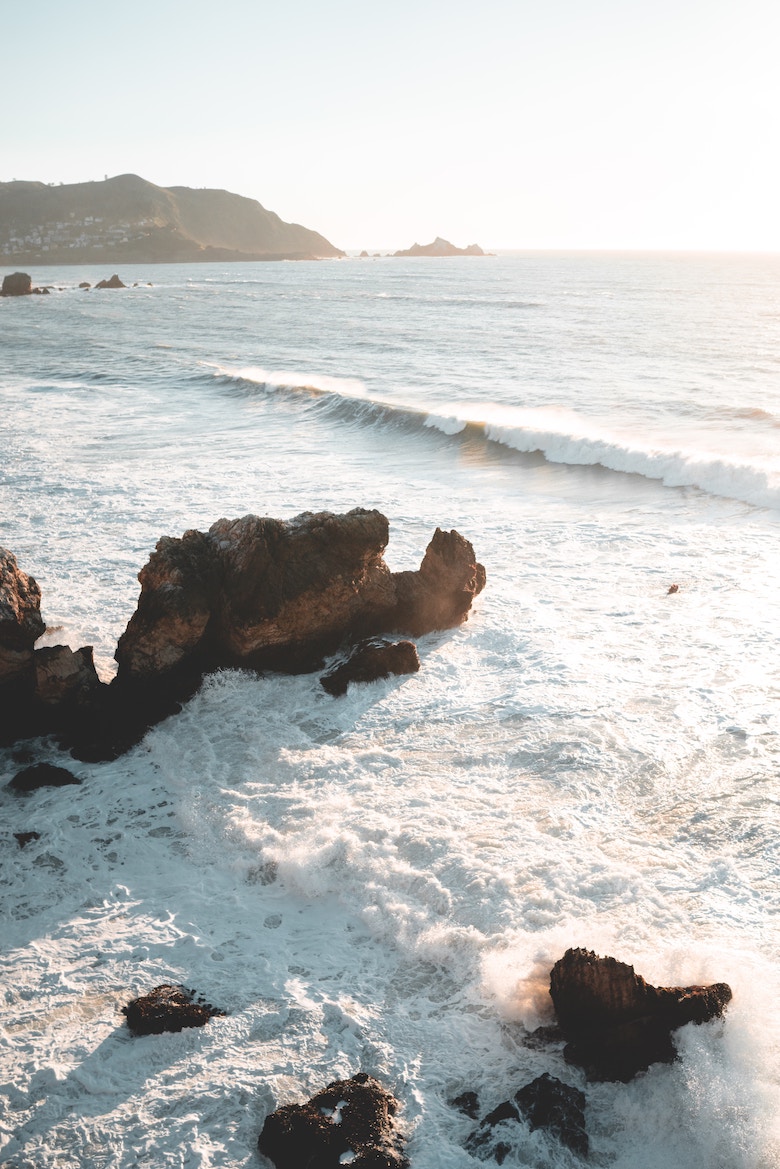 The last portion of the climb was a large single piece of sandstone. There was a crack running down the rock. Most places I could use my fingers, but in several places, I was forced to rely on my dive knife as a wedge. As I crested the top, there was a carabineer hook, which showed that this is an area where professionals climbed, with the proper equipment.  As the rain fell, I worked my way back down to the sandy beach, where I followed the road back to the macadam. Arriving there, I resolved that I would walk up the street until the rain stopped, then I would get a taxi back to the hotel. As luck would have it, I walked right back to the hotel. As luck would have it, I was never more than 2 miles from the hotel.

This is why situational awareness was important.  I was so excited about my day off that I did not think about my own safety.  While I did let the manager know where I was going, I did not know where I was going.  At one point I slipped down through the weeds from an upper path to a lower path, a way that I could not go back.  This is where the fishing trip should have stopped until I found a way back. When you are out on an adventure, whether it be water-based or land-based, you need to keep yourself safe.  This is where having a good guide (or at least good directions) comes in handy. For this reason, I always use a travel agent and always let at least two people know where I went. Situational awareness can keep you alive.

Some details that I always get asked about this story:

Dr. Smithmyer has traveled extensively in the United States, Australia, Vietnam, and the Bahamas. He has also presented in the U.K., India, Brazil, Eastern Europe, and Southeast Asia. Dr. Smithmyer is one of the most lettered men in the world with nine degrees. As an adjunct professor in his spare time, Dr. Smithmyer uses his business experience and travels to help bring the world to his students and even brings the students to the world through experiential learning trips.

Everything You Need to Know about Diving the Great Barrier Reef