If you’ve ever been to Taiwan, you know that it’s one of the best-kept secrets of the Eastern Hemisphere. It doesn’t have the glitz of Korea’s cities, the international scope of Hong Kong, or the beach culture of Thailand, at least not at first glance. The small island nation is, however, full of its own hidden treasures and, for the traveler, certainly worth the incredibly small cost to explore. When not just hopping over to the capital city of Taipei for a quick business trip, there’s plenty more to see and do. We’ll take you on a quick tour, and of course, more about Taiwan is available on Planet Deepblu.

Off of the main island, Dongyin is a relaxing paradise with a history dating back dynasties. With a population of less than 1,400, it maintains a rustic atmosphere from colonial days while telling a story of the nature that created it and its surrounding islands. Predominantly known for its lighthouse, Dongyin is a magnificent spot to see whales, dolphins, and other marine life.

Way down south, almost all the way at the bottom of the island, is the partygoer’s getaway of Kenting. Famous for its annual festivals, including Spring Scream, this spot is a great place to let loose on par with Bangkok or Siem Reap. When you’re not getting wild or socializing on the beach, there’s plenty of diving to be had in the area as well. If partying isn’t even your thing, don’t worry, there are plenty of places to simply relax.

Hailed by locals as the best sunset in Taiwan, this spot is easy to get to if you don’t have time to head south or reach to the outermost islands of the country. Tamsui has everything you’d want in a waterfront attraction. From the beginning, you can step off of the subway after just a 40-minute ride from downtown and begin taking in the riverwalk. After picking out and gormandizing wherever you choose to dine, I’d recommend North Kenting Beer House (北墾丁啤酒屋), head to the end of the path to hit up some great bars at sundown.

It’s pronounced “Jee-long.” Yes, really. But don’t let confusion keep you from going to the port town just north of Taipei. Here you’ll find a great harbor town atmosphere, filled with a giant food market and plenty of things to feast your eyes on. When you get tired of the constant hum of scooters and throngs of people, head east to…

This town is so haunting that it’s said to have been the inspiration for the film Spirited Away. Sitting on the side of a mountain, with plenty of cafes that have balconies, Jiufen has quite possibly the best ocean views on the entire island. Gaze off into the expanse of the sea while eating dumplings and downing a Taiwan Beer or sipping on some of the best tea on Earth. At night, watch the boats come in, and after staying over to fully embrace its mystical atmosphere, it’s time to head to the beach over in…

I’ll admit, it’s not the most glamorous beach in the world, but it is a whole lot of fun. In fact, it’s a popular place to just set up camp for the night, have a bonfire (which is illegal and I swear I never do it), and make like a surf bum for a night or two. Many expats from Taipei have a second home in the area and head out every weekend. It’s also the location of the popular Scubar, a dive shop which also has great beach eats and a wide selection of beer. All-in-all, it’s great vibes, and a magnificent way to soak in the beach just an hour from Taipei. 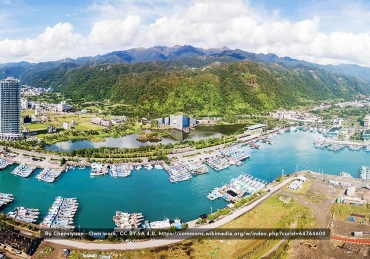 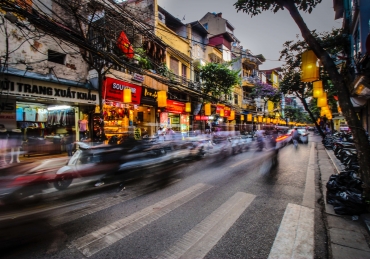 Eastward Bound: A Continent on the Move 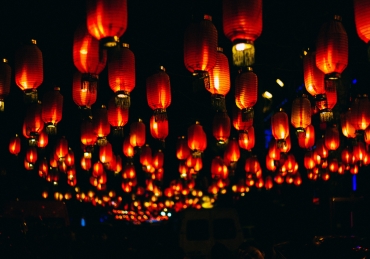 A Newbie’s Guide to Liveaboards

Find Your Turks and Caicos