According to a new study published in Current Biology, a species of whale which lived its life between land and sea has been identified in Peru.

Peregocetus pacificus, as it’s called, existed during the middle Eocene, about forty million years ago. While many whale species have been discovered from that era, this is the first one of an amphibious nature ever discovered for the whole of the Pacific Ocean.

The discovery gives us hints about how cetaceans first came from Asia fifty million years ago and, over the course of ten million years, made their way across Africa and ended up in North and South America. While it had been assumed that there were whales of this type in the area, this is the first time that concrete evidence proves their existence.

Other discoveries similar to this one have demonstrated that the ancestors of modern whales would sometimes come out of the water to give birth and eat for small periods, but this one is a bit different. Peregocetus pacificus seems to have spent extended stays out of water or in the shallows eating, existing, and going about its day-to-day life.

Its sharp teeth demonstrate that it was carnivorous, which isn’t true of all ancestors of today’s whales. It likely had a diet of large bony fish, much like the toothed whales of our time, and could have also fed on amphibious animals in the shallows.

Between the time of peregocetus pacificus and now we’ve found fossils which show evidence of the pelvic bone uncoupling, but never huge, powerful legs which could carry a whale across land for such lengths. P. pacificus certainly had a peculiar life for us to finally examine, and with it, to learn more about our own history and the history of the Earth upon which we also walk and swim.

Imagine coming across that magnificent beast on a dive, let alone a stroll down the beach. 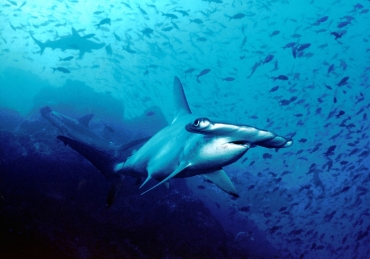 Greenhorn’s Guide #1: What to Expect on your Intro Scuba Dive – 50ft Below