Let me tell you, I’ve had an absolutely lovely long weekend in Hong Kong. It’s always great to get to one of the most dynamic, beautiful creations that mankind has ever put on the face of the Earth, and to do it in such a packed weekend was a wonderful experience.

First up, it was Art Basel. My wife is an artist and I’m a huge fan of both her and the arts, so that was most enjoyable. In addition, it was Rugby Sevens, which made for a rambunctious nightlife crowd. But, playing to my environmentalist heart, was Earth Hour on Tsim Sha Tsui.

Earth Hour, for those not in the know, is an hour practiced across the globe in which cities and towns of all sizes “go dark” for one hour in order to raise awareness for the amount of energy we, as human beings, consume. While one hour of individuals, corporations, and governments going dark may seem like a drop in a bucket, it’s a great symbolic act which brings attention to the lights by taking them away.

Personally, I’ve done Earth Hour in the past by shutting down my apartment and having some wine by candlelight with friends, but the thought of the entire Hong Kong harbor going off at the hit of a switch is quite cumbersome, so here’s a visual.

This year was the twelfth year that Earth Hour was observed around the globe. Starting in Sydney in 2007, it has evolved into a phenomenon that has brought awareness to people all over and put a physical pinpoint on the massive amounts of energy consumed daily.

The ultimate goal of the hour has shifted from energy conservation to bringing attention to species extinction and climate change on a scale never before seen. Think of it as New Year’s Eve, but what we’re counting down is the hours that we actually have left of a sustainable planet. When organizations such as the WWF put on events like this, they do it not only for us, but for species of all types.

But not all of the fun is lost when energy generated by power plants goes out. This year, in Hong Kong, reserve energy from solar power and energy from bikes pedaled by visitors kept the DJ booth going.

Now celebrated in 188 of the world’s 195 countries, Earth Hour is becoming something available to everyone. If there isn’t one in your area, the more the merrier. Get started on your own 2020 Earth Hour party and make sure to tell them all about it on their website. Have fun, and do something great while you’re at it. 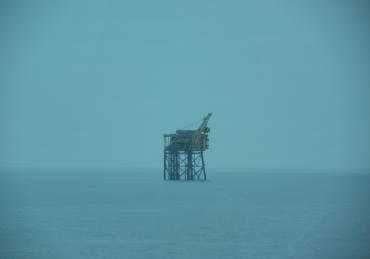