Salvador Dalí is no stranger to those familiar with the art world; however, here in the dive community, he’s probably a lesser known face. While many know the mustachioed artist, they’ve probably never learned about the time he nearly suffocated in a dive suit… on dry land.

In 1936 Dalí entered a dive shop in England to enquire about a deep-sea diving suit. The reason for this is that he was attempting to bring surrealism to the people of England, who hadn’t quite left the straight-and-narrow confines of your typical, classical art forms. Known to be one to find attention in the oddest of ways in the most public of spaces, Dalí decided that the up-and-coming practice of diving would be a great way to expand his personal legend.

While he was being fitted for the dive suit, the owner of the shop asked him where he planned on diving. His response was “into the subconscious of the human mind.”

We’re guessing the owner had no more questions after that.

His work was set to be the focal point of the London International Surrealist Exhibition. Other events like it had been held around Europe, but with the spectre of war hanging over the continent, new ideas in the art world were spreading at a slower pace than usual. This meant that something big had to happen.

What resulted was an exhibition featuring the likes of Meret Oppenheim, Man Ray, Pablo Picasso, Marcel Duchamp, and many more of the most prominent artists of the time. By no small feat, in 1936, it was Dalí himself at the top of the bill.

But what was the dive suit for? Well, for giving a lecture, of course.

As the poet Dylan Thomas served boiled string to guests, he had no idea that he was about to be severely outdone.

Dalí was set to give a speech, as you do if you’re Dalí, in a dive suit with a pool cue in one hand and two dogs on leashes in the other. In the middle of the gallery, he would lay out his presumably muffled thoughts on surrealism for the crowd and then go about his way painting dripping clocks and long-legged horses, ultimately contributing to the world some of the most significant art of the twentieth century.

But all of that could have ended right there, as the artist didn’t quite think about how dive suits work, and the entire thing was perfectly sealed. Throughout his piece of performance art Dalí began to appear faint and stumble. He waived his arms for help, but the crowd thought it was part of the performance. Eventually, he fell so ill from a lack of oxygen that those in attendance needed to get the helmet off of him.

As it was 1936, not many people knew how a dive suit worked, let alone a group of artists who had likely never used one before. Eventually, they used the pool cue to pry the top off of the suit and bring Dalí his much-needed air.

The artist would go on to live until 1989, producing world-renowned works along the way, and now, in 2019, he’s coming back to life.

ADEX at 22: Asia’s Biggest Dive Expo is Back

How Freediving Can Transform Your Diving Business 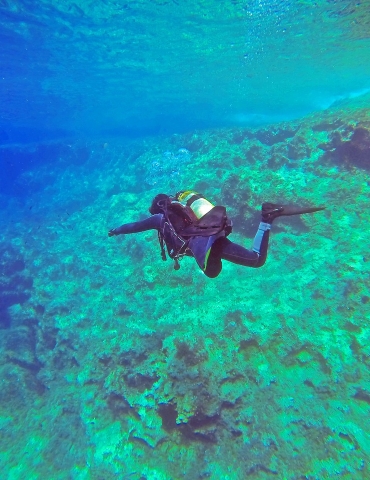 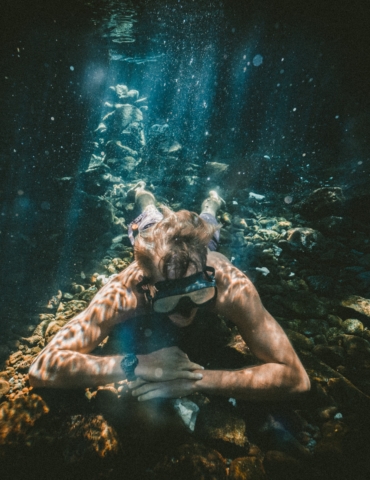 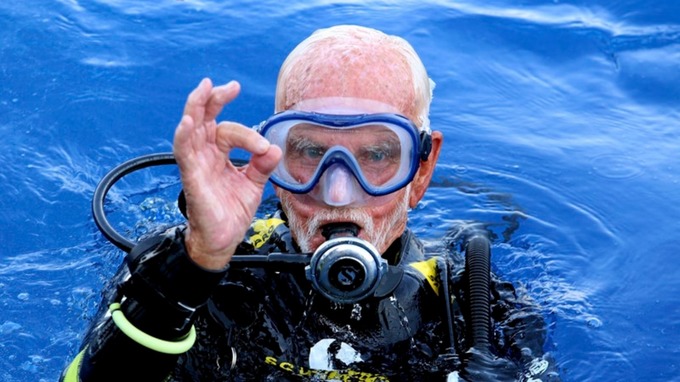