It’s the time of year where we’re all getting together with family, so here at Deepblu we thought it would be cool to look into how some of the families we encounter when we’re in the water interact. There are some unique parallels between other species and ourselves, to be sure. They communicate, they play, and some mourn their dead. In a way, we’re more similar than we are different. Although, there’s probably not an uncle who is going to have one too many and start an argument.

While we’ve been observing the ways in which whales communicate for decades, it’s only recently that we’ve come to discover what it all truly means. Much like humans, social behavior is learned and adapted to fit the group dynamic. It’s been found that a whale that plays an odd tune is typically lonelier and less familiar with the group, while those who match the group dynamic tend to fare better in their equivalent of a society. When whales with similar songs are near each other they feel more comfortable and at home. What was once thought to be purely a function geared toward echolocation is proving to be much, much more.

For centuries squid, especially the giant ones, have been the subject of folklore and fear. The fact that they’re so unfamiliar to us, perhaps one of the most alien concepts to our human brains, has made them into the monsters of fable.

But that’s definitely not the case. Squid, once believed to change color and “flash” for hunting and preservation purposes, also have unique patterns which they use to communicate with one another. Their chromatophores are cells that absorb light, and iridophores reflect it. Using these unique cells they can put together patterns that announce “I’m here, this is my territory,” or, conversely, “I’d like to make a connection with you. In fact, a whole school of squid can display the same pattern to let other groups know that they’re together.

Shrimp use calls and songs. We can’t hear them, but we have observed them with new technology. The thing is, we have no clue what exactly it is that they’re saying. What’s easier to analyze is the movements and gestures they use, which can show aggression, submission, and also be used as a warning sign that danger is near.

Mantis shrimp make noises called “rumbles” to communicate. More recent in-depth studies show that males will make these in a series of three to attract a mate. Each individual has been found to have its own voice, just like us, and its own way of going about each rumble. What might be most fascinating is that the rumbles of mantis shrimp in tanks are different from those found in the wild, proving that no holiday is the same as home.

We’ve always known that sharks are the strong, quiet type. These excellent predators can slide through the water undetected by prey and at the right moment, snap, take part in the life cycle of another living creature.

But what we’re learning is that sharks also have their own sort of sign language. Luckily for us, they don’t have opposable thumbs, yet, but they do arch their backs and move their bodies in different shapes and patterns to communicate among themselves. This behavior is particularly found in schooling sharks, who feast communally and need to keep a tight watch on others in order to survive.

Salamanders are those tiny, unassuming amphibians that we spot around rocks most of the time, but they’re not as simple as one may assume. Unlike other amphibians, such as frogs, they don’t have a capacity for making sound and therefore communicate using secretions. Their olfactory systems receive chemical signals given off by pheromones in other members of the species. These signals have been observed both in water and on land, meaning that it’s an extremely effective system and almost a secret code for the species.

So, when you get together for the holidays and you’re having either the delightful or dreaded dinner conversation, remember that the world around you is communicating, expressing similar emotions to all of us, but you’re probably about to eat rather than be eaten. Cheers to that! 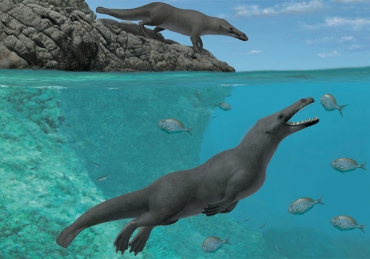 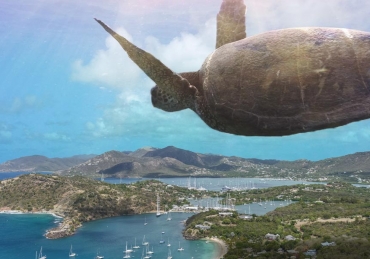