Apologies to everyone else in advance, this is a real American one.

When we Americans were growing up, we were taught the story of the first Thanksgiving. That time when the Europeans came over, broke bread with the people who already occupied the North American continent, and had a nice peaceful time dining together in a feast that ensured that they would always be friends and equals forever and ever.

Aside from that part not being true at all, it’s also highly unlikely that there was actually a turkey at the feast.

In 1621 the first Thanksgiving happened. This feast between the Wampanoag and the Europeans at Plymouth Colony would be unlikely to have a turkey mostly because of its location. While Massachusetts does have a population of the wild bird, the settlers were closer to the shore. As such, for the winged animal, it’s highly likely that they had roasted duck or some other sort of waterfowl, or possibly both. Either way, it still sounds like a delicious offering.

This waterfowl tradition went on for some time, and was overshadowed as turkey came into fashion around the time of the founding of the nation. Alexander Hamilton pushed the turkey into the forefront by saying that “no citizen of the United States should refrain from turkey on Thanksgiving Day.” After that, and decades later having “Turkey Day” made a national holiday by Abraham Lincoln, it was set in stone.

But, one thing that needs to be brought back, in my humble opinion, is a more important thing than the bird. The first Thanksgiving, being on the shore, was also a massive seafood feast.

You know how someone is going to end up bringing the green bean casserole on Thursday? Well, that’s because Thanksgiving has always been a potluck of a celebration, and the first Thanksgiving as well as the ones which followed closely afterward were always about sharing. But what was on the menu?

Just like if you were out on the shore today, the first Thanksgiving included clams, mussels, fish, lobster, and just about whatever else the Wampanoag and Europeans could pull out of the sea. As someone from the East Coast, my vote is that we bring this back. While seafood is traditionally something that we only eat out on the docks during the summer, this would be a great excuse to break out the nets and lines, harvest a bit of seafood, and throw down on our favorite summer dishes on a cold day.

Not to mention how kind it would be to the birds. You know how the president spares a turkey every year? Imagine if we just spared all of the turkeys and made clams casino. You want oysters Rockefeller? Guess what? That’s fine too. Turkey is amazing and all, but let’s get in touch with our coastal roots and really get into cracking some lobsters in November. There’s no rule saying that we can’t. Even if you buy them frozen, they’ll only be coming inside to warm up with you.

So, while America is starting to learn the facts about Thanksgiving on the historic side of things, let’s pay tribute to the culinary side as well. There’s no reason to do the people who started the whole thing the disservice of not eating a whole lobster each on this fine autumn evening.

I’m off to the seafood market. After all, it’s not like everything’s traditional, anyway. 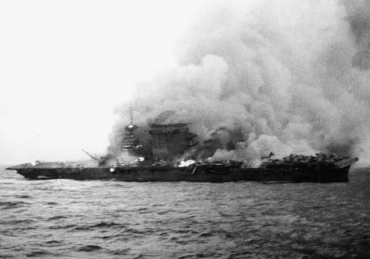