I’m not the first one to say it, I know.

But this morning it was brought to my attention, as it frequently is, that we’re simply not doing enough to make sure that the life which enriches our oceans, and in return our lives, is still around for future generations.

This morning I saw a post in a scuba diving group on Facebook concerning the harvesting of lobsters in Florida. It noted that the limit on lobsters is six people a day, but the poster in question, who works in scuba retail, had a customers openly tell her that the catch was so good recently that four peple on his boat caught their limit by 9:30 in the morning, went home to drop them off, and returned to the waters to gather more. In total, they ended up with 44 lobsters that morning.

It ended with the ethical question… is it our job to call out people who do this face-to-face?

Yes, it absolutely is.

As a community of ocean enthusiasts, stewardship of the ocean should be our top priority, if not at least close to the top of our list. We’re going to a place that for millennia humans knew they weren’t welcome, exploring the habitat of things that are built to be in it, and taking time to get to know more about ourselves and the ocean. Without the wildlife which exists below the surface, our interest would have never been piqued and there’d be no reason to enter, but beyond that, ocean life is essential to all life.

Many of us tend to fall into a way of thinking, like previous generations, which involves the notion that the oceans are infinite, a deep abyss full of never-ending life that can’t be contained or stifled. However, this simply isn’t true and we’ve known long enough that it’s time to educate those around us, even if it’s a hard truth to muster.

In short, if someone says “I overharvested the waters today,” you have every right to use whatever words you choose to let them know that it’s wrong to do so. I would start with the method of education.

Overharvesting, over time, will diminish returns on a catch and ultimately deplete a resource entirely. It’s as true on in the sea as it is on land.

A great example of this is the Chesapeake Bay oyster. By the middle of the 19th century, oysters from the bay were some of the most popular, and the catch is estimated to have been about 1.5 million bushels a year. As word got out, so did their popularity around the nation, and by 1900 the industry had jumped to 20 million bushels.

But not all was well.

We didn’t know exactly how finite oysters could actually be at the time; furthermore, we didn’t know what function they served in the ecosystem. Slowly, over the 20th century, the iconic Maryland oyster began to disappear, and as it’s a great source of filtration for the bay, the waters began to get a bit murkier. With gas-powered aquatic fisheries, sports, and leisure added to the equation, some of the bay became uninhabitable. The low oyster population which led to filthy waters also, in turn, led to more disease for oysters. At the same time, the population of the incredibly popular Maryland blue crab began to disappear due to overfishing and pollution.

But eventually, Maryland wised up, and it was because of education. It started with a public campaign which I remember well from my childhood. “Save the Bay” was its simple name, and that’s what it aimed to do. Everywhere you went there were billboards, flyers, and television commercials about what one could do to, at least in a small part, to be a steward of our waterways. As a child at the time, I was part of the first generation to learn that the plastic cup I used that day could be in the ocean long after I’m dead, that runoff from our overuse of fuels and manure has an effect on populations of marine life, and that we can’t just continue taking from the ocean.

Not to mention, this was also in an era where corporations still found the dumping of waste into clean waterways to be perfectly fine. I remember an adult once telling me that “the oceans clean themselves.” This isn’t a person who I would consider stupid, greedy, or mean-spirited, that’s just the way that the ocean was thought of for quite some time.

For some, the “Save the Bay” program got us incredibly interested in conservation. Meanwhile, and I didn’t know this because I didn’t have the internet at home, programs like this were popping up all over the country to let people know that we are killing our oceans. That changed over time, and now, in 2018, you can meet people all over the world who are aware and in support of ocean conservation programs. In fact, I’ve been to small towns and villages in the far corners of the world that may only have one central location for using the internet, and even there you can find conservationists.

So, if someone comes into your well-stocked shop in a developed nation and proudly tells you that they had a good catch and that they broke laws in doing so, consider it ethically mandatory to call them out on it. 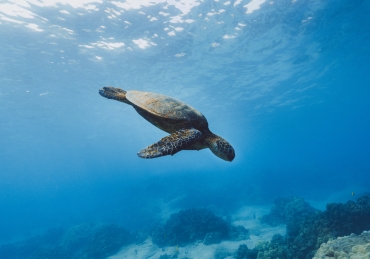 One Year Older: The Oldest Known Species of the Oceans