Halloween is rushing up quick, and we figured we’d give you a heads up on a few spooky, creepy, uneasy, and perhaps “haunted” sites you might dare to dive this Halloween. Of course, tales of shipwrecks and pirates, as well as ghosts of pirates, have dominated popular media for decades, but there’s real danger and mystery beyond the pages and films of fiction.

To check out some more destinations, hop over to Planet Deepblu.

In 1867, during this very month, the RMS Rhone sank at Black Rock Point. Today it rests about twenty meters below the surface. According to divers in the area, occasionally they’ll see someone quickly attempting to get to the surface with no gear. When approached, the figures disappear.

On July 26, 1956 the Andrea Dorea went down. Now it sits as a reminder that no ocean liner is unsinkable. In a first, divers were able to see the wreck firsthand via technology that was modern at the time. If the 50-meter dive wasn’t enough of a task, some divers claim that, on arrival, spirits attempt to grab them.

All it took was a torpedo from a Japanese ship, and the end was written for the Liberty, or so it was thought. While the ship was beached, the spot where it was struck is a point of mystery, as some divers report the shape of a torpedo flying toward them, only to disappear upon arrival.

German bombers sunk this ship in the Red Sea in 1941, and nine of its crewmen went down with it. A unique thing about this wreck is that it’s surrounded by its cargo, including trucks, tanks, and motorcycles that never made it ashore.

More recently, in 1991, this ship blew its bow and 470 people died, some of whom still rest there. Adding to the creepiness of the dive, fairly well preserved cars, televisions, and personal effects of the passengers still sit as they were before the boat sank.

Planning your next dive trip? Reach out to dive businesses on Planet Deepblu. 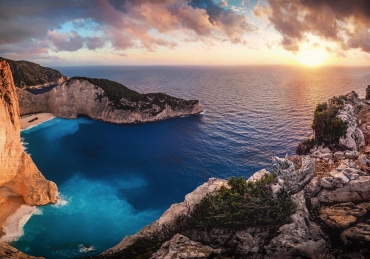 4 Tips for Getting the Best Deal on Flights