Freediving is nothing completely new, but as far as competition and practice go for those of us not raised with it, it’s a baby compared to certain other things that are simply being done for sport. The mystery involved in freediving comes from the very essence of its counterintuitive nature. A human goes down to the deep, a place where our instinct knows we don’t belong, and we become one with the aquatic creatures that surround us.

For me, personally, it’s about the challenge of holding one’s breath. I’ve always had capable lungs. Having swimming thoroughly integrated into my life shortly after I began walking, and then playing wind instruments starting at a young age, I’ve always looked for a new test for my air capacity. Yet, for myself, I find the thought of being meters under the water without support should I need it to be a daunting thing to overcome.

Yet, in humans, we have what is known as the mammalian diving reflex. This set of physiological responses is found in all land-dwelling mammals, and it’s what helps us override that sense of “oh no, I might die,” when we enter the water. While overcoming the psychological notion that we are, indeed, definitely going to drown if we go down there, the mammalian diving reflex takes over to regulate your circulatory system and allow you to cope with the unnatural fact that you’re completely submerged under the sea. In fact, that whole theory about babies and swimming people love to talk about on social media… that’s it right there. We’re born for this stuff.

But why do we do this?

Well, like dolphins, we play. But to play, we have to practice.

I’m not going to get into the development of leisure time around the world, but it’s led us to be able to do things for entertainment that many of us simply used to do to survive back in the day. For one, it’s only natural that freediving was the original diving. In fact, it’s been done for thousands of years. Sponge diving, pearl diving, and spearfishing have been practiced, and are still practiced, by cultures around the world. So, there’s the fact that we’ve always done it for wealth and pure survival at our backs.

But as war begets football and hitting your cave-neighbor with a club begets baseball and cricket (not true), occupation eventually becomes recreation as resources become greater and we begin to hold our breath for a very, very long time just for the fun of it.

In 1930s Americans became interested in the pearl divers of the Caribbean. Swimming wasn’t the most popular thing at the time, mainly because we didn’t know how, but seeing these skilled divers remain underwater for sometimes minutes allowed us our first glimpse of life under the surface. When these folks came home, they brought this practice to their lakes, bays, quays, and isles so that they could show off their new skills. From that, boom, it became part of the culture.

By 1940 Dottie Frazier, a young American, began teaching freediving classes and even developed a rubber suit that allowed people to glide through the water with greater ease. After all, our pesky mammalian hair can be quite the obstacle when swimming, ask any Olympian. In fact, her suits became so popular that they were even put into use by the Navy.

In the 1940’s a big event involving the Navy occurred. This made for a lot more trained divers.

From there, and the exotic experiences they observed around the globe, North America exploded with freediving activities. Spearfishing, underwater wrestling, and freediving for the sake of seeing who could go the deepest were all made into competitive sports. For aquatic sports becoming famous in America, the saying was no longer “don’t hold your breath.”

The sports evolved in their own special way on a European parallel, with underwater rugby becoming popular all over the continent and the development of underwater target shooting in France. All of these currently have global regulating bodies and are practiced by hundreds, if not thousands, of divers all over the world.

Back to America, freediving became a ubiquitous part of pop culture in the form of synchronized swimming, a combination of freediving, dancing, and gymnastics that to this day can be found even at the high-school level in certain parts of the country. It’s also often referenced in modern film as a part of our nostalgia for the “Golden Age” of Hollywood.

In Canada, yearly, an underwater hockey tournament is held, because Canada.

At the end of the day, one of the most beautiful things about freediving, for me at least, is that if you’re in the right mood, mindset, and shape, you can potentially arrive anywhere and say “I’m going to dive that.” Sure, fins and goggles are going to be a big help, but if they’re not around you can use your training. While tanks, gauges, and gear are the way of the scuba dive, freediving allows you to open up and feel what it would be like to be one of our ancestors millions of years ago.

In a sense, it allows us to go back to where we came from.

Find your next freediving adventure on Planet Deepblu. 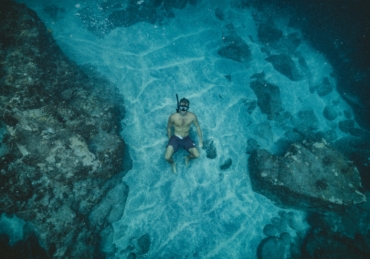 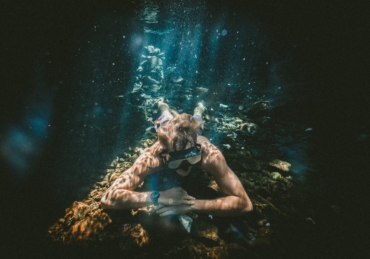 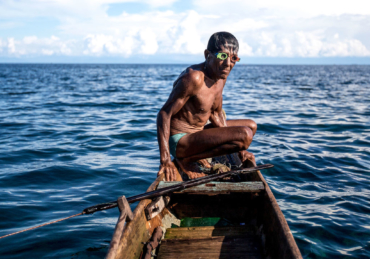 Freediving Around the Globe 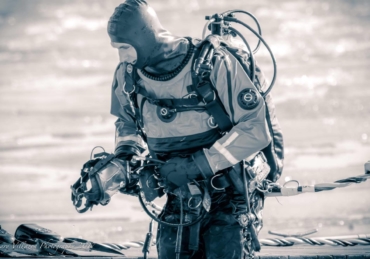