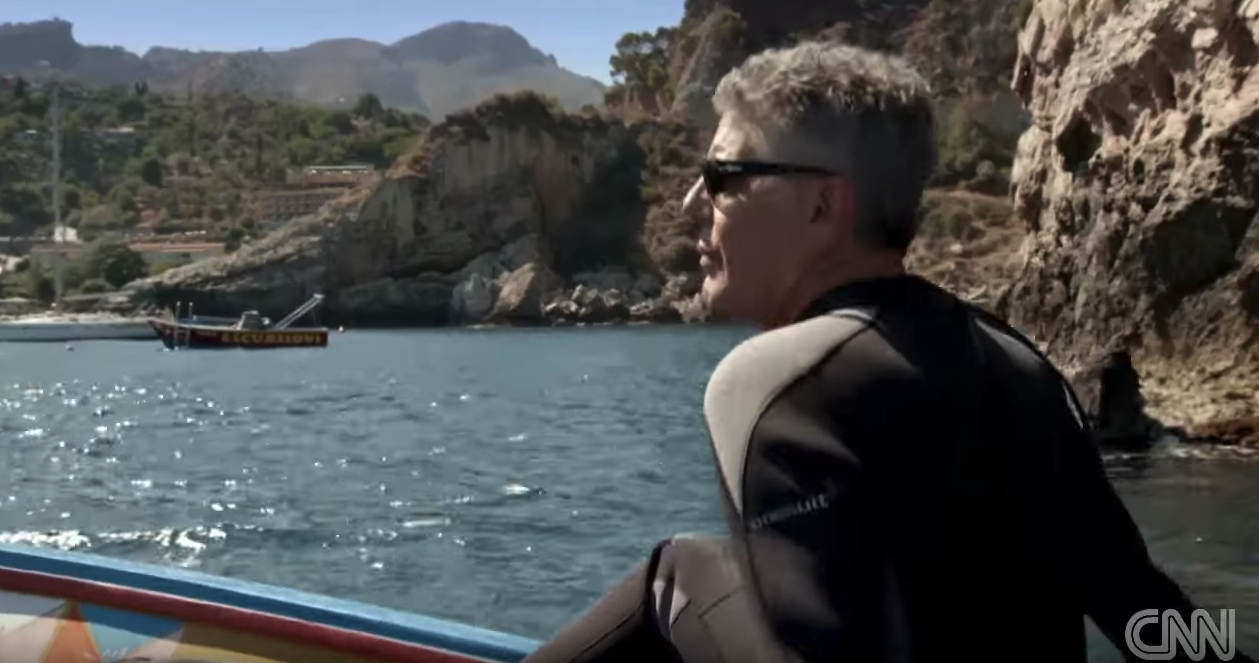 It’s Monday morning, here in the office on a gray day, and there’s really not a better place to be when the plum rain of East Asia is brewing outside. While travel and adventure are what a lot of us love, two weeks of typhoon-like conditions don’t leave the window open for either.

I didn’t think I’d be starting my week by writing an article about Anthony Bourdain, but here we are. A few years ago, I had a cupcake made by Chef Bourdain, the famous culinary expert and travel aficionado who passed away in France over the weekend. The cupcake was, well, a cupcake, not the most elaborate food he had ever prepared, but the man himself was an extraordinary travel documentarian who all of us globe-trotting Earth absorbers admired.

To watch Bourdain move through the megalopolises and small villages of the world wasn’t just a lesson in travel or food, it was an experience in history and culture as well. He respected the places that allowed his feet to wander, and in turn, expected the same.

But one time, one memorable time, in Sicily, that’s not what happened. 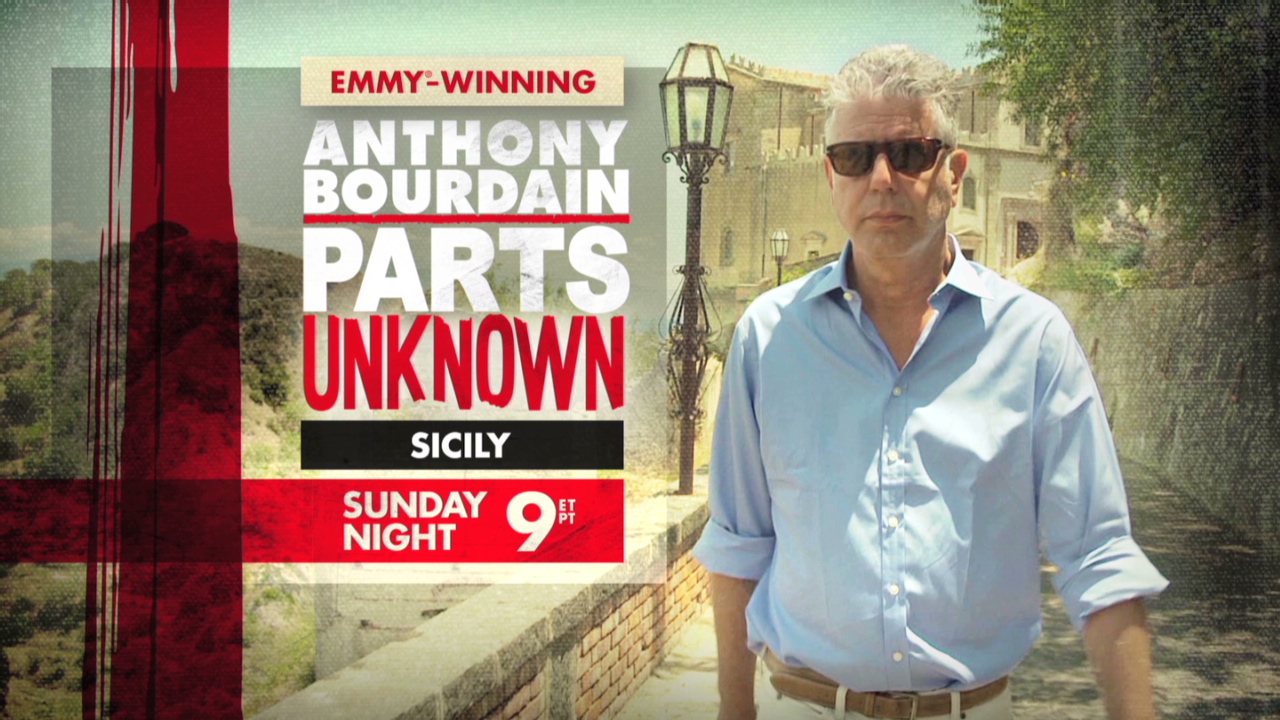 He was headed out on what was supposed to be a “three-hour cruise” on party-filled waters to catch whatever might lurk in the corals and take it home for dinner. What he found, instead, was that he had been set up.

When you’ve worked on travel shows, and likely if you’ve watched them, you know that everything is not as it seems. Like your friends competing for the best Facebook status, not everything is adventure 24/7, and not everything is even real. There’s downtime, there’s getting angles, and there’s some fabrication of the storyline. This last part is what Tony Bourdain wasn’t having.

He sat on the boat with a local chef as they went to some beautiful yet surprisingly close to the action waters directly off of the coast of Sicily, and as they depart you can read the skepticism in his voice. As he sits in his Scubapro wetsuit his every motion is akin to an eyeroll as the chef tells him that they’re going to catch cuttlefish, octopi, and some urchin to take back to the restaurant for dinner.

What happened, instead, is that when the celebrity chef, known for traveling the world and encountering just about anything a traveler may encounter, went underwater, he began to hear splashing from above. Afterward dead, half-frozen former sea life, likely from the freezer of the restaurant, began descending to the ocean floor. As the local chef hops in with his hook, he begins to pretend that he’s heroically catching each creature, and likely imagines that this will all be edited, with a great score, to make him look like a real pro.

Instead, Bourdain decided not to go along with it. He didn’t say a word to the chef, but he knew he’d get it in post and let the viewers know just how horrible the ordeal was. In fact, it made him question his very existence as a conveyor of information about travel. “I’ve never had a nervous breakdown before, but something fell apart down there,” he said of the experience.

What’s worse? The chef wasn’t selected by Bourdain, who likely knew that he could have done a better job, and was instead picked by his producers and the Sicilian Department of Tourism. For years after, he complained about how in the beauty and friendliness of Sicily, he couldn’t make a good story about the place. Check out the video.

“How hard can it freaking be to make a good show in Sicily? How low-impact could it be?”

It left a bitter taste in his mouth, and his viewers brought it up often.

When the boat arrived back to shore, he did what all of us travel writers love most… engage in the free beer and food around town. In fact, he engaged in so much food and beer that he didn’t remember dinner, what he said, or what he did afterward. Surprise… chefs and writers drink a lot, and he was both.

What he did say of the stupor was this.

“It took a long, long time after this damn episode to recover. I’m sitting in a nearby café pounding one Negroni after another in a smoldering, miserable rage. By the time dinner rolls around, I’m ripped to the TV-bleep. Did I mention it’s my birthday?”

“I’ve had three hours of bobbing around on a pitching boat, a couple more hours getting looped, two more hours lying on the sidewalk outside while the crew hangs lights, so I’m gone, baby, gone. I don’t remember any of this. Any of it.”

But now, unfortunately, the chef is actually gone, leaving behind a legion of fans and an even larger number of stories that he somehow delicately yet forcefully told the world. Hundreds, if not thousands, of restaurants have his picture on the wall, and one, in Vietnam, where he dined with U.S. President Barack Obama in 2016, even encased the table at which they shared their six-dollar meal and beers in a shrine of sorts. The dishes in place, the bottles on the table, and the stools tucked neatly beneath. 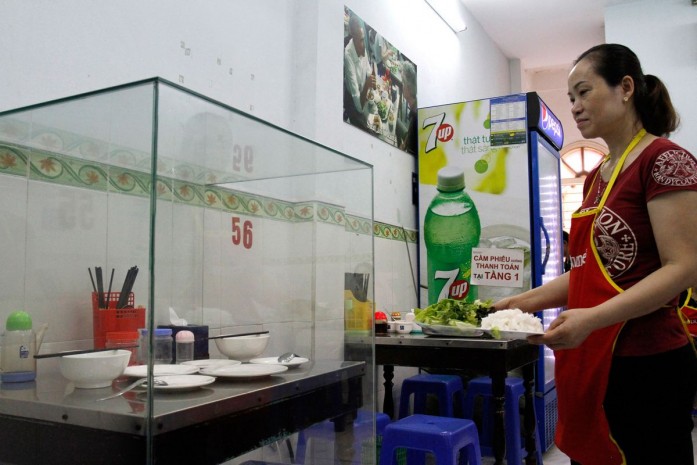 I’ll be at that same restaurant, with a plate of bun cha and a cold Hanoi beer, in a month from now. It was already planned, but now it’s a pilgrimage.