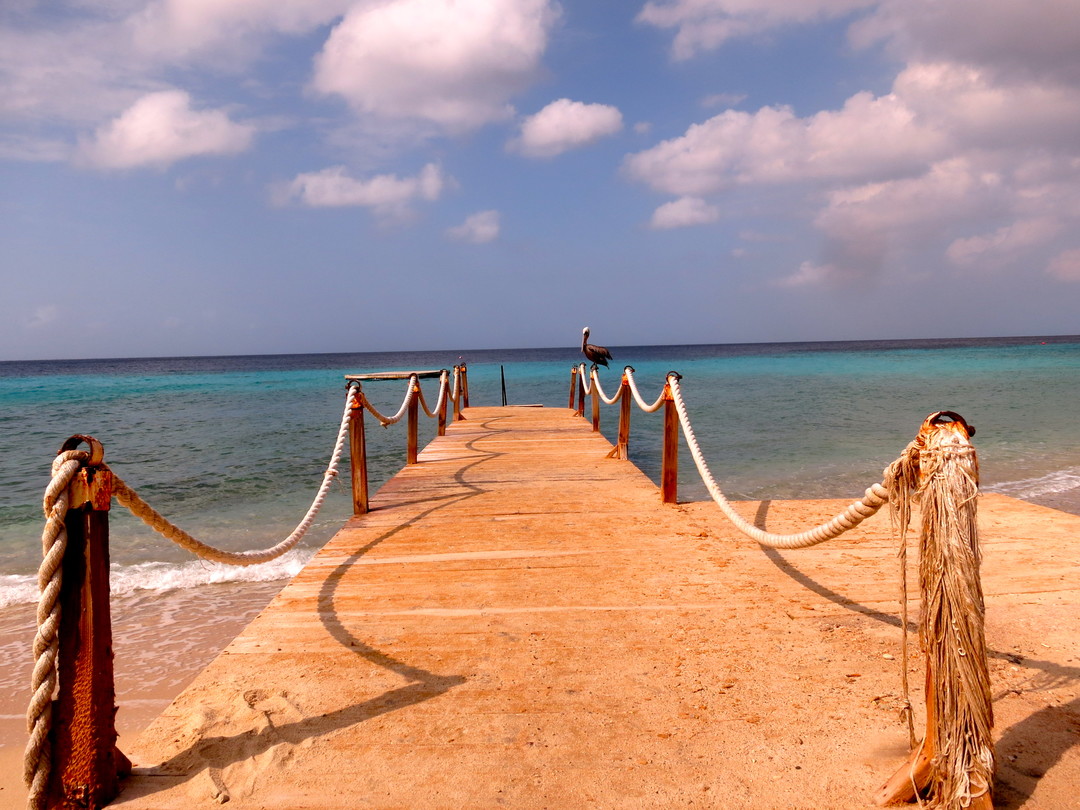 When you arrive in Curaçao, the first thing you’ll notice is that you think you’ve found Europe. This, as it was to travelers of old, could be a bit of a confusing thing, especially if you’ve spent top-dollar to travel across the world and get away from it all. But that’s where the comparison ends because, in truth, you couldn’t really be further removed from it all.

Although Curaçao sits a small stretch of sea across from Venezuela, and is an autonomous country within the Kingdom of the Netherlands as well as the heart of the Dutch Caribbean, it has its own distinct culture, pace, and even its own language. Papiamentu is the local creole, developed by years of independent evolution on the island. Lucky for travelers, most islanders speak English, and many speak Dutch and Spanish.

One thing you won’t notice in Curaçao is a strong breeze. The island sits on the outside of what’s known as the Caribbean’s “hurricane zone,” meaning that you can book your trip in advance and know that there’s a good chance of encountering nice weather, even in times where the rest of the area is getting bombarded by waterfall rains and harsh winds. 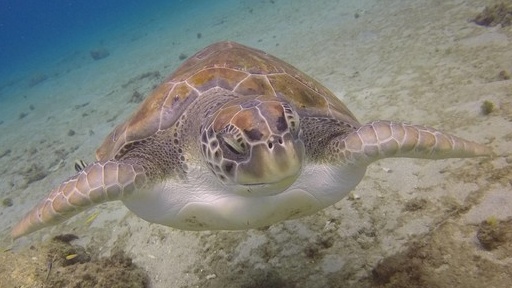 A popular spot for cruise ships, Curaçao is also accessible by Hato International Airport, which takes in daily flights from Amsterdam and New Amsterdam, the latter of which is now known as New York. Once you arrive, you’ll be able to access dive sites via operators in and around Willemstad, the capital of the Netherlands Antilles.

Curaçao Marine Park offers some prime spots for diving. The southwestern side of the island is covered with reef and teeming with wildlife. Shore dives, boat dives in the bay, and wall dives fit for various skill levels can be found. Friendly operators and park workers are more than happy to point you in the right direction, and afterward there’s plenty more to do as well. 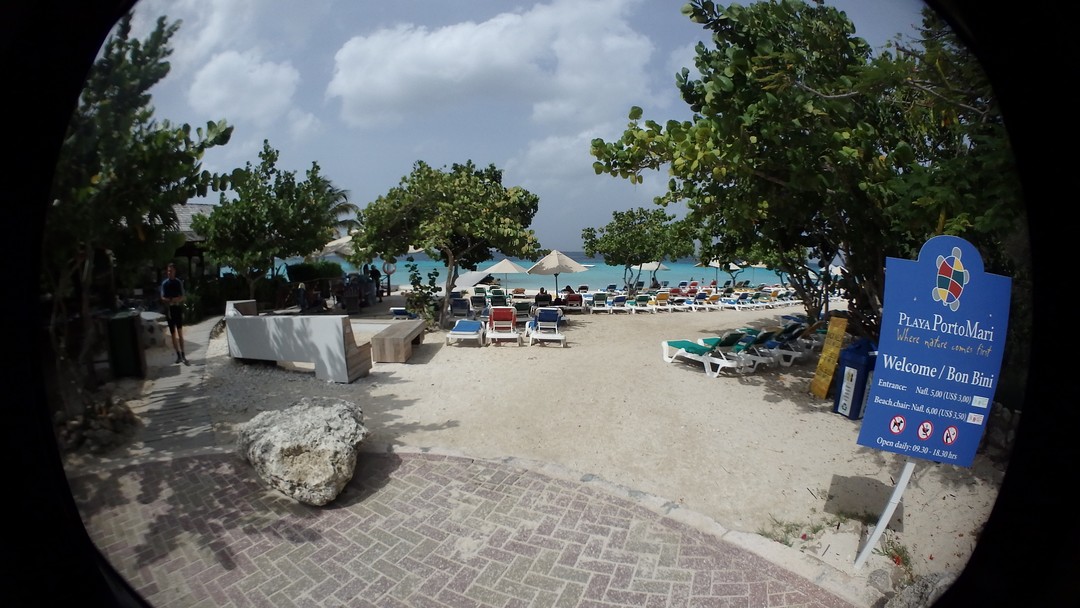 Pull up a chair, and get to rest. Photo: Deepblu User Echolima

Make sure to stop by the famous floating market at Punta Side, which is a magnificent string of boats that come by selling fresh fish caught by Venezuelan fishermen and brought in daily. Another great option during the day, if you’re not diving or have kids with you but still want to check out marine life, is the Curaçao Sea Aquarium, which houses several species but is most famous for its dolphins.

Back to the southwestern coast of the island, there are about twenty different and unique beaches to choose from, with Habitat Beach being a popular one for people getting their foot in the door, or water rather, and getting into diving. It’s a learning center hosting places like DiveVersity, a popular certification center with an inclusive name that will take you on a good wreck dive, and the Habitat Dive Hotel. If you’re looking to be surrounded by like-minded people, this will be the place to go. Other than that, Kontiki Beach and Mambo Beach are popular spots to work on the next day’s hangover, and Barbara Beach is an exclusive, private beach with clean and barely touched sands. 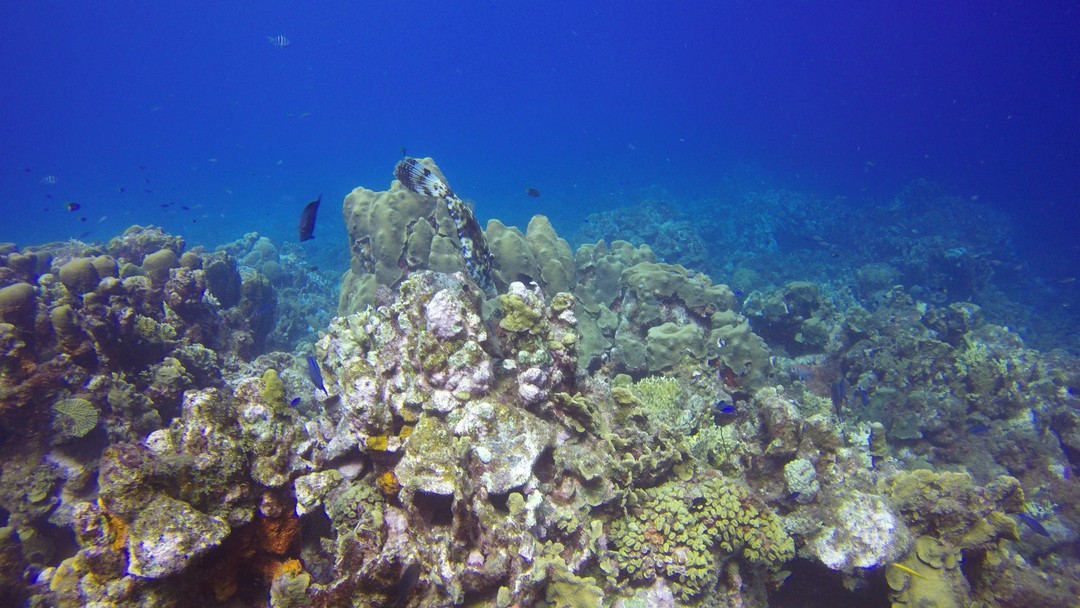 If you head north on the island, you’ll find more, less populated reefs as well as a deep wall dive. Here tropical fish meet and bask in the safety of a clean, stable habitat. For divers, this means clear visibility and a relaxing trip down free of crowds. While everything is only a short trip from the city, out here it feels possible to truly get lost in the wilderness and enjoy oneself away from it all. Not that Willemstad is a bustling metropolis, but for those looking to take that extra step, the north of the island is the trip for you.

No matter where you find yourself, find solace in the fact that clear waters await, good times are to be had, and from a tank on your back to a drink in your hand, Curaçao is going to show you a good time.

Learn More About Diving in Curacao

Stop Your Dive Mask from Leaking : 4 Expert Tips and Tricks