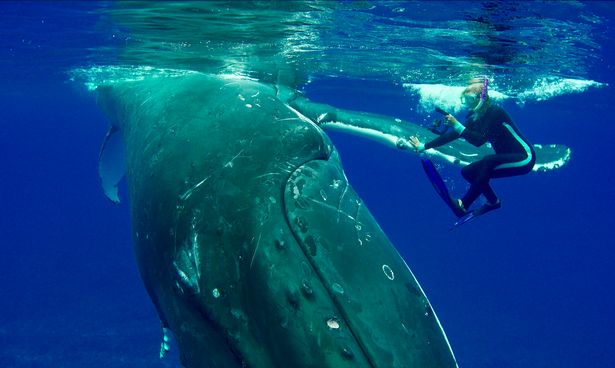 Marine biologist Nan Hauser has spent decades exploring the waterways of the world, and she thought she had seen it all. That is, until a surprise encounter with a humpback whale led to a bigger discovery and confirmed some beliefs she had about the species.

The 63-year-old was out on her research vessel when she decided to get into the waters off of the Cook Islands to grab a closer look at the local wildlife. Not long into the journey, she was approached by a large humpback whale and pushed, prodded, and otherwise manhandled. This was unusual behavior, she thought, seeing as in her 28 years working with the species she had never noted them to be aggressive bullies. It was then, in the confusion, that she saw the real problem.

Off in the distance, lurking, was a tiger shark with a length of over the four meters. As one member of her team noted, the shark was larger than a pickup truck.

“I wasn’t sure what the whale was up to when he approached me, and it didn’t stop pushing me around for over 10 minutes,” Hauser told UK publication the Mirror.

“I’ve spent 28 years underwater with whales, and have never had a whale so tactile and so insistent on putting me on his head, or belly, or back, or, most of all, trying to tuck me under his huge pectoral fin,” she added.

She came to find out that the whale was protecting her, something she had always assumed would happen and had never been able to prove, though she had observed whales coming between danger and species other than humans. The researcher also noted that whales have an instinct to protect, like “firefighters running into a fire.” 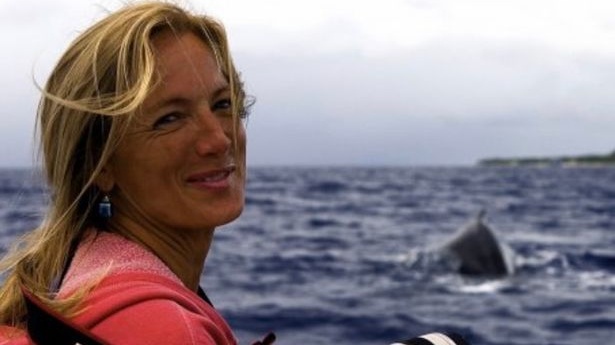 After arriving back to the boat “a bit bruised up” her and her crew members reviewed their respective footage and recounted what had happened. From her personal perspective, she knew that there was danger in the distance, but in the confusion, she thought it was another whale at first. Her crew, however, had full view of the tiger shark and knew what she was up against. In its effort to rescue her, at one point the whale even lifted her out of the water. While this one deserves all the credit it gets, according to the other researchers and observers ashore there was another humpback in the distance batting its tail to keep the shark away.

While much appreciated, the assistance wasn’t without fear.

“I tried to get away from him for fear that if he rammed me too hard, or hit me with his flippers or tail, that would break my bones and rupture my organs. If he held me under his pectoral fin, I would have drowned.”

“I didn’t want to panic, because I knew that he would pick up on my fear.

“I stayed calm to a point but was sure that it was most likely going to be a deadly encounter.

“I feel a very close kinship with animals, so despite my trepidation, I tried to stay calm and figure out how to get away from him.

“I never took my eyes off him, which is why I didn’t see the shark right away.”

Adding to the strangeness of the experience is the scientist’s marine biology training, a code many researchers live by, to never touch the animals that you’re working with. While this is standard practice unless the situation involves a sick or wounded animal in need of rescue, the whale clearly didn’t share this idea.

“In my head, I was a bit amused since I write rules and regulations about whale harassment – and here I was being harassed by a whale,” said Hauser.

While the rescue was quite the spectacle, the researchers aboard the vessel had already made the decision to stop filming, noting that they weren’t willing to catch Hauser’s death on camera. Luckily, for everyone, she came out on top and was able to board the ship safely, albeit bruised, in the end.

Hauser says that in 28 years of studying whales she’s never encountered such behavior, and while she’s a resident of the Cook Islands, she had never met that particular creature before. This confirms, to her, a longstanding belief that the whales are altruistic in nature. In the past, she has seen whales risk their lives for other creatures.

“For instance, they hide seals under their pectoral fins to protect them from killer whales.”

This one-of-a-kind experience is something that researchers are likely to use, moving forward, as a behavior to watch for. As for Hauser, she was left shaken, but amused.

“It’s funny how the tables are turned here: I’ve spent the past 28 years protecting whales, and in the moment, I didn’t even realize that they were protecting me!” 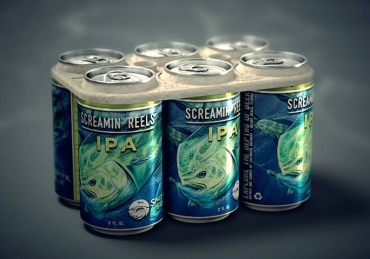 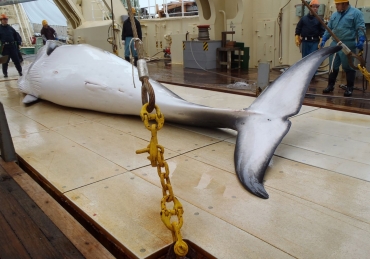 We Choose the Fate of our Waters

On the Front Lines: The Green Fins’ Approach to Coral Reef Protection