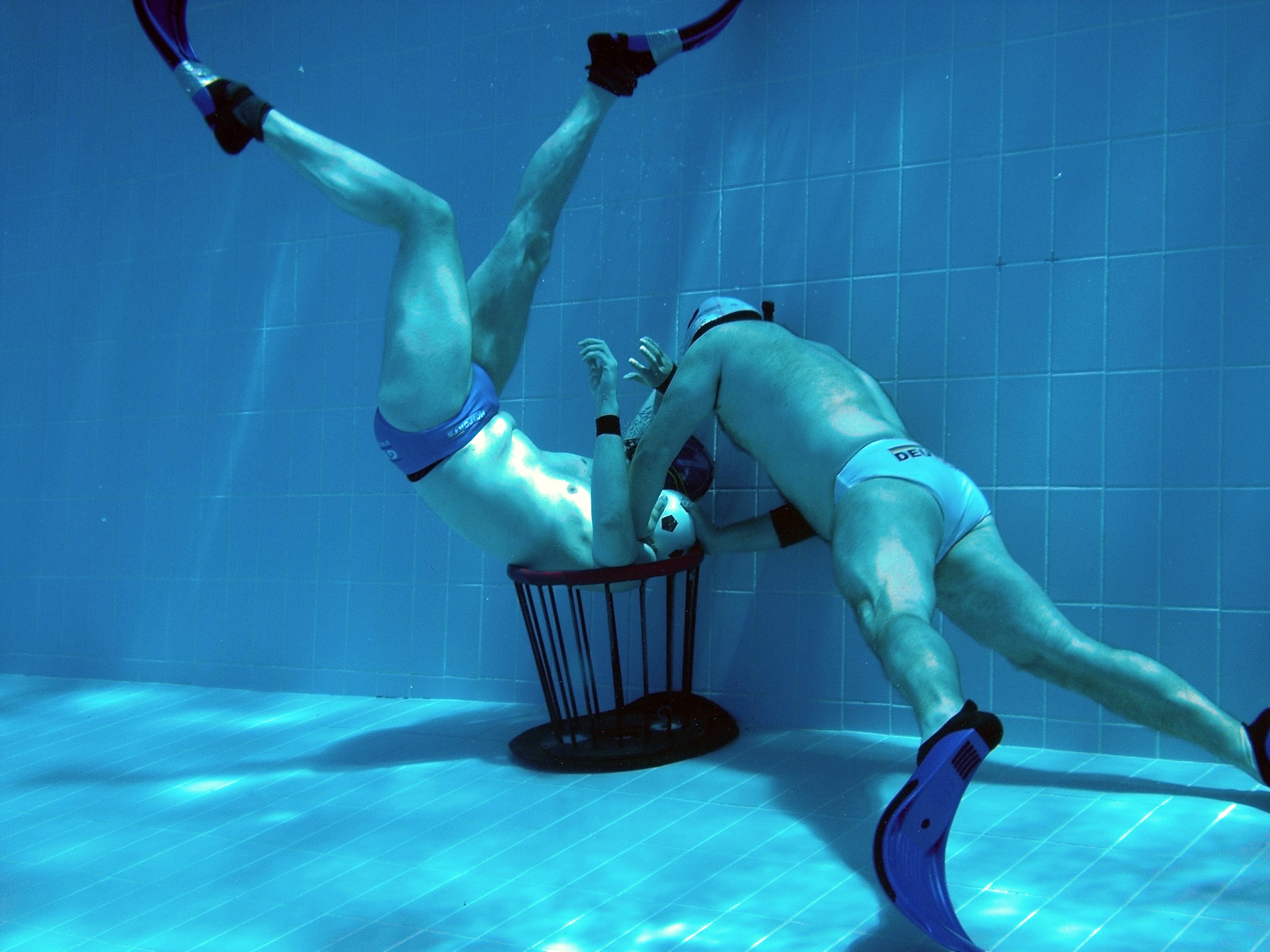 Things are about to get pretty hardcore. Photo: Copyright VDST.

Last week, as I wrote up the Diver Spotlight on Dietmar Fuchs, I took a deeper interest in all things related to the VDST, the underwater sport diving federation of Germany. One of the things that they participate in struck a chord with me. I’ve always enjoyed rugby on land, so I wasn’t going to pass up the chance to talk to an expert of the same sport with the added touch of playing it underwater.

Dietmar was kind enough to hook me up with Wolfgang Tress, a bookstore owner in Berlin who, in addition to specializing in horror and science fiction, is a veteran and referee of underwater rugby.

Wolfgang, or ‘Wolf’, as he signs his letters, began playing underwater rugby over ten years ago while doing his CMAS training. His teacher was a player, and after piquing his interest he said it became an “addiction and a passion.” Over the years, he has also developed a career as a freelancer in the fields of sport and science, so it seemed apt to have him explain the rules of underwater rugby.

In the game, he says, “two teams of 12 players discernible by their blue- or white-colored waterpolo caps and trunks with numbers compete in two fifteen-minute rounds. Each player is expected to take a twenty-second split under the water while their partner grabs a breath. Then they switch. Defenders, attackers, and goalkeepers need to breathe, as we all do. Each team has six players in the water and six out at any given time. Two defenders, two goalkeepers, and two attackers are the typical in-game line up of each team.” 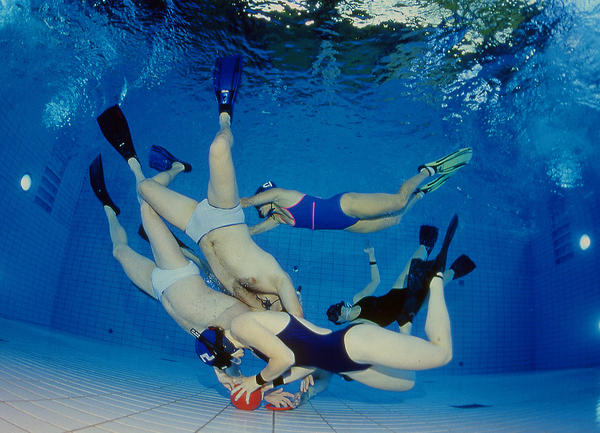 It all begins in the middle. Photo: Copyright VDST.

The teams compete with a saltwater filled ball and attempt to get it into a small steel net on the side of the opposing team. While the sport is full-contact, it’s not no-holds-barred. Unlike land rugby, as I’ll now call it after learning of underwater rugby, holding someone down would pose a pretty huge risk.

For enforcement, there are three referees. Two stay underwater with scuba equipment and signal devices which can be heard by the players underwater, and an additional referee keeps an eye on the action from the surface, lifeguard-style. The rules are quite strict. Players may only attack the person currently carrying the ball, and only they may attack others. All other aggressive behavior will be met with a penalty, and can put you in the dry zone for two to five minutes depending on the type of contact. “No punching, scratching, hitting, or holding equipment,” says Wolf.

The pool itself is set to a standard, with dedicated underwater rugby clubs participating in the sport in 29 different nations. Germany alone has around 5,000 people playing the sport. Pools are between 3–5 meters (9–15 ft) deep, 10–15 meters wide, and 15–20 meters long for a standard match. The goal baskets sit at the bottom at either end of the pool.

As can be expected, it’s a complicated and competitive sport with an extreme edge. According to Wolf, divers must meticulously prepare both physically and mentally each time before plunging into an exhausting yet exhilarating 30-minute match. Divers on both sides must know their teammates thoroughly to get through a game and come out victorious. With twelve people competing at 100% force at any given time, visibility under the water isn’t always the best.

“Teams win as teams, not with solo stars,” says Wolf. 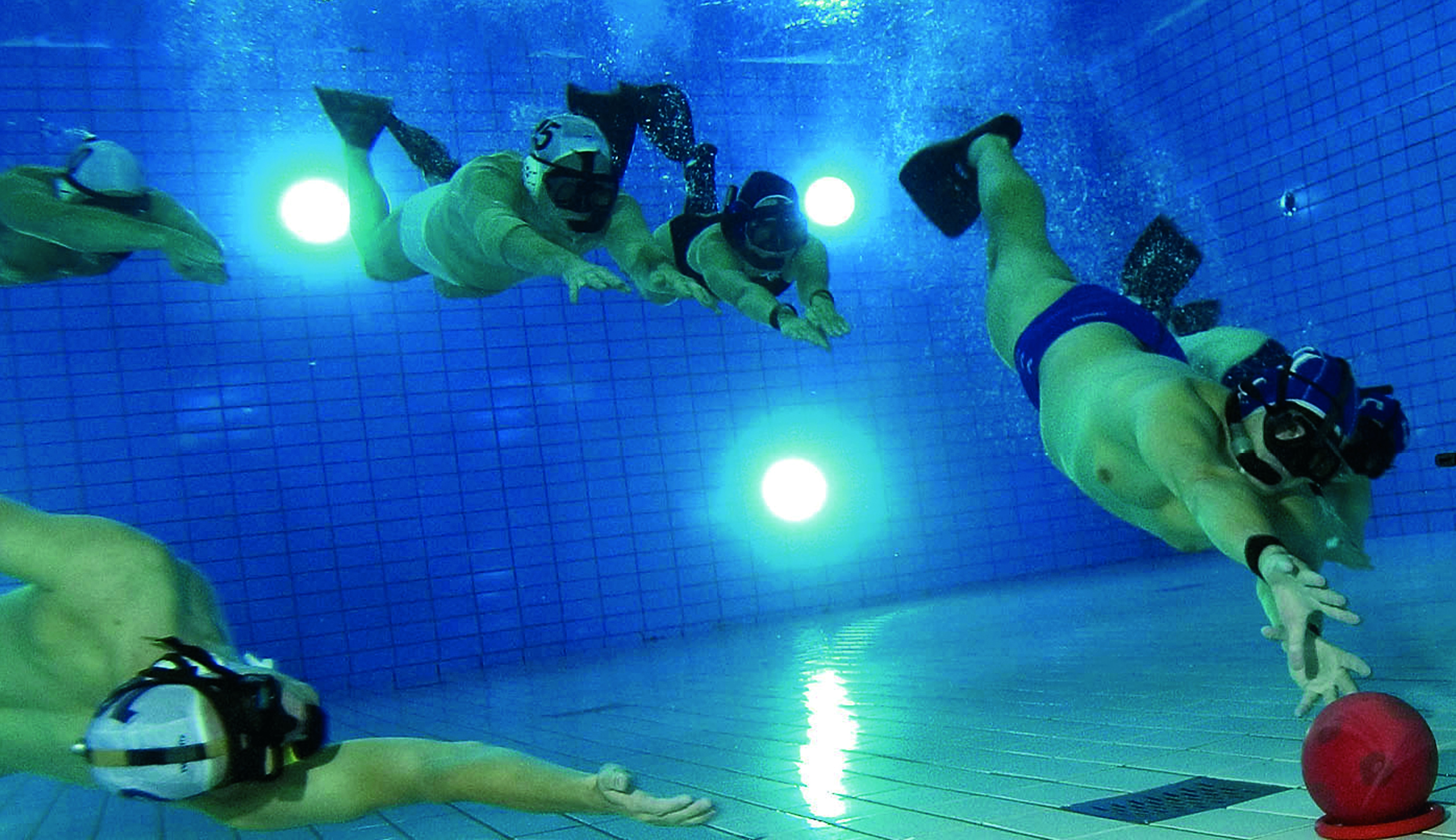 As it should be, and he can speak for experience as he’s dating a champion. His girlfriend, who he notes is currently a goalkeeper for the German national team, helped her squad defeat fourteen other nations to become the current world champions of the sport. On the men’s side, Norway are the reigning kings. The top nations for the sport, in general, are Norway, Germany, Columbia, Denmark, and Turkey.

These days, according to Wolf, the popularity of the sport is exploding. Livestreams and commentaries are gaining viewers and championships have ever-growing audiences. This fall the Champions Cup will take place in Berlin and host 24 teams from 14 nations in a gauntlet of 43 games.

If you’d like to know more about the VDST or underwater rugby, chime in down at the comments section and we’ll be happy to fill you in.

Getting a Good Deal on Scuba Diving & Snorkeling in the Bahamas 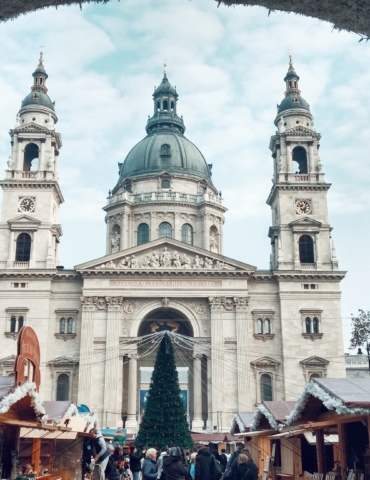