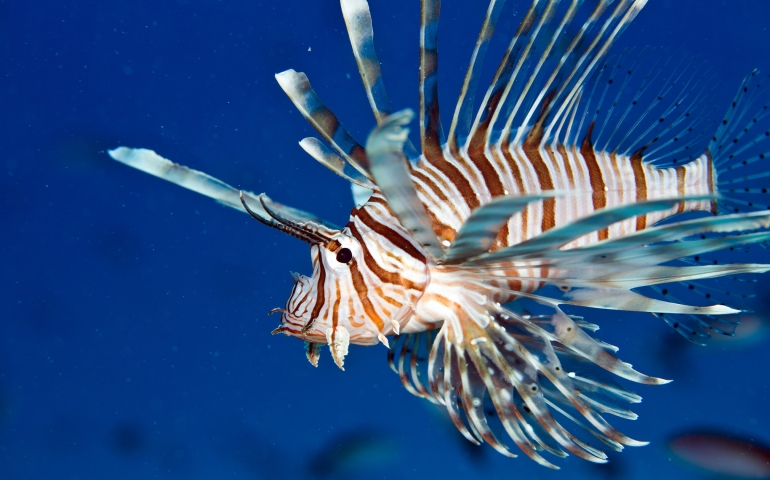 Exploding populations of lionfish in the Atlantic are causing havoc in local marine ecosystems. Concerned divers, fishermen and scientists are picking up the gauntlet—and pole spears.

Lionfish sightings are common for divers in southeast Asia. Red lionfish (pterois volitans) and devil firefish (pterois miles) are native to the coral reefs of the South Pacific and Indian Oceans, and they are usually spotted perched on coral, patiently waiting in ambush for small prey to swim by, or hiding from sharks, eels and other predators.

When diving they are hard to miss. For one thing, they are striped from head to toe in maroon and white. Their fan-like pectoral fins spread out gracefully to their sides, making their bodies look much larger than they are. But these are not even their most distinctive features. Lionfish have numerous venomous spines protruding like needles from their back and tail, ready at a moment’s notice to deliver a venomous sting that can leave any person with a sore injury for days.

Recently, lionfish sightings have become more and more frequent in the waters of the Atlantic Ocean, where they have no natural predators. Like the effects of the zebra mussel invasion in the Great Lakes in the 1980s, the proliferation of lionfish in waters where they are not native is wreaking havoc on local marine ecosystems.

Riders on the Perfect Storm

The invasion began slowly, with the first sighting of a lionfish in the Atlantic being reported off south Florida in the 1980s. As with most environmental catastrophes these days, it is most likely that humans are to blame. Lionfish are popular in saltwater aquariums, so scientists speculate that the first lionfish were released into the wild by aquarists who no longer had a use for them. Little did they know they were setting off a perfect storm.

Over the past 15 years, lionfish populations have skyrocketed to the point where they are now ubiquitous from Florida to North Carolina, in the Caribbean Sea and even in the Gulf of Mexico. They can be found in many different marine environments, including both natural and artificial reefs (wrecks), mangroves and other habitats in the warm waters of the western Atlantic. 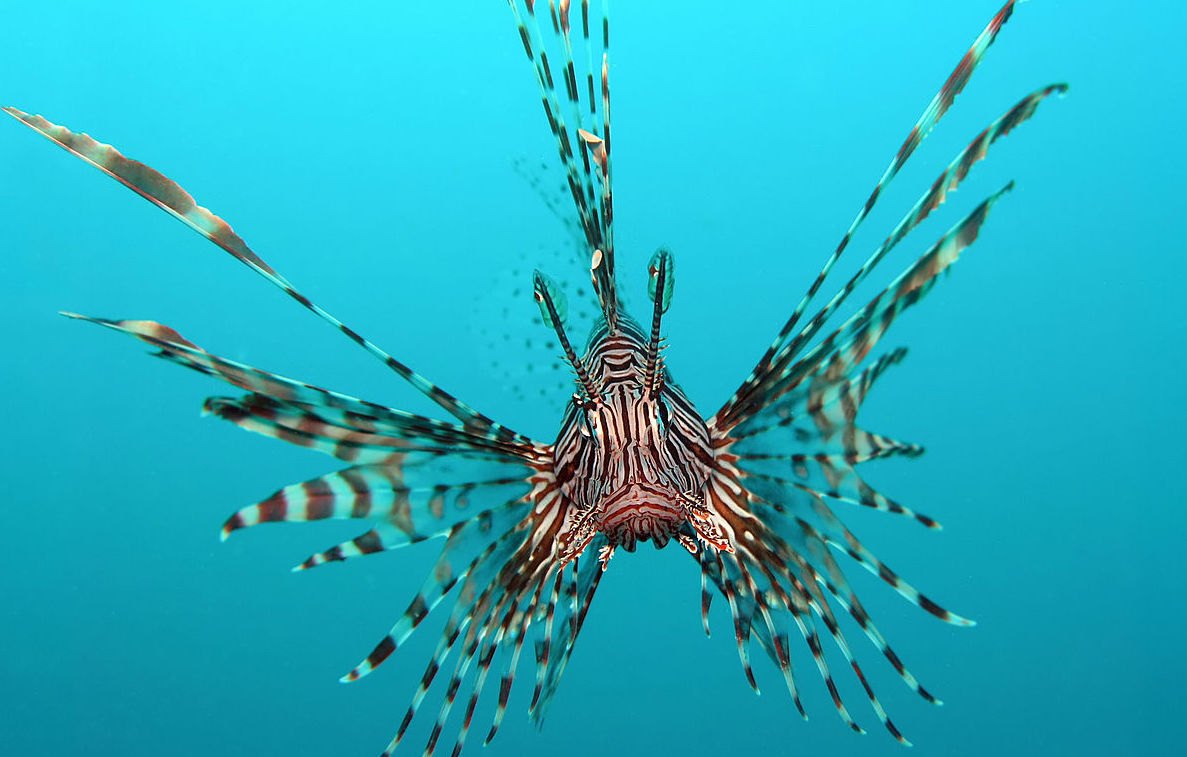 Population growth has been driven by many factors. The main problem is that lionfish have no natural predators in the region—their unusual coloration and intimidating fins discourage would-be predators from attacking them. Also, they are especially fecund. Females reproduce at a young age and can lay up to 2 million eggs per year. Ocean currents and natural storms help lionfish and their eggs spread geographically with ease.

The explosion of lionfish in the Atlantic is disrupting the balance of local marine ecosystems. As voracious predators, lionfish consume crustaceans and reef fish, many of which are already under threat from overfishing in the region. They are competing for food with native species—and winning handily—preying on species that would otherwise be eaten by commercially important, native fish such as grouper and snapper.

In other words, lionfish are indiscriminately eating their way through the Atlantic and the Caribbean, and no natural methods exist to control their growth. One scientist found that a single lionfish can reduce juvenile fish populations by 79 percent in just 5 weeks! Another report found that the rapid increase in lionfish populations coincided with a 65 percent decline in local fish stocks. If it is not controlled, the invasion of the lionfish will cause unprecedented environmental damage and economic losses to populations that rely on the ocean for their well-being.

End of the Line for the Lionfish

When an invasive species enters a non-native environment, it is almost impossible to completely eradicate. Researchers at the National Oceanic and Atmospheric Administration (NOAA) have concluded that “invasive lionfish populations will continue to grow and cannot be eliminated using conventional methods.”

To respond to this growing scourge, concerned divers, fishermen and scientists are coming up with creative solutions to control the spread of lionfish and limit the ecological damage. 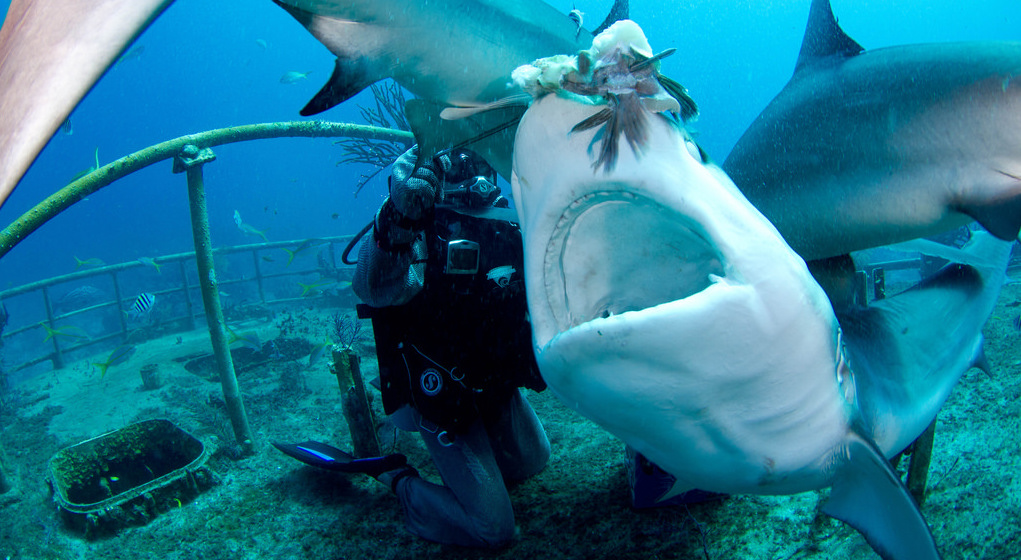 A diver feeds a lionfish to a Carribean Reef Shark. Photo Credit: Joi Ito, licensed under CC BY 2.0

The only practical way to catch lionfish without damaging other fish populations is by spearfishing. Efforts are underway across the region to promote targeted lionfish removals in many places. The Florida Fish and Wildlife Conservation Commission has initiated the Reef Rangers program, which teaches people to dive and spearfish so that they can contribute to lionfish removal. Affected communities in the U.S. and the Caribbean have started organizing lionfish derbies, competitions where people scuba dive or freedive and attempt to catch as many lionfish as possible. One businessman has developed a product called ZooKeeper, a containment device that allows scuba divers to catch and store numerous lionfish safely.

Unfortunately, the absence of more effective methods for catching larger numbers of lionfish means that these efforts are not having much of an impact. Spearfishermen who fish for a living are reluctant to go after lionfish because of uncertain demand. Until recently, there was no wholesale market to speak of, although it seems one is slowly developing as demand at restaurants and supermarkets for lionfish slowly increases.

If You Can’t Beat Them, Eat Them

The most concrete solution seems to be to “eat our way out of it.” Lionfish are reportedly quite tasty, offering a flaky, white meat, and lionfish dishes have been popping up on the menus in restaurants in places like Florida, New York and Chicago. Seafood Watch, a program that rates different types of seafood based on their sustainability has designated lionfish to be a ‘Best Choice’ option, which is its highest rating. This caught the eye of Whole Foods, a popular supermarket chain in the U.S. that exclusively sells healthy and sustainable food products. The chain started selling lionfish in select locations in Florida in 2016.

The Reef Environmental Organization, a conservation located in Florida, has released a lionfish cookbook, with 45 recipes that include lionfish. Entrepreneurs have capitalized on the opportunity to associate their brand with a helpful conservation initiative. Edible Invaders, located in Florida, turns lionfish meat into tasty lionfish dip that it sells to local restaurants. The dip provides a tasty treat for restaurant-goers and a market for spearfishers who catch lionfish.

It is unclear if these efforts are leading to a reduction in lionfish populations, although the development of a new market for lionfish is encouraging.

Have Sharks Do it for You

Perhaps the most creative solution is attempting to train predators to develop a taste for lionfish. In the Indo-Pacific, sharks have been known to eat lionfish without suffering negatively from the venom contained in their spines. The idea is that sharks in the Atlantic can act as a natural check on the lionfish populations if they can start to see these alien creatures as prey. At Roatan National park in Honduras, a coalition of local dive instructors and park employees spear lionfish and then feed them to the local sharks. Similar efforts have been reported in Cuba and Bimini, Bahamas.

Although on the surface this seems like a good solution, it may lead to problems if sharks are conditioned to expect to be fed by humans by interfering with their natural feeding behavior. 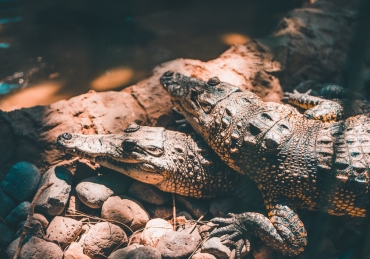 Is Covid-19 all bad? 4 Examples of Wildlife Roaming Free Since the Lockdown 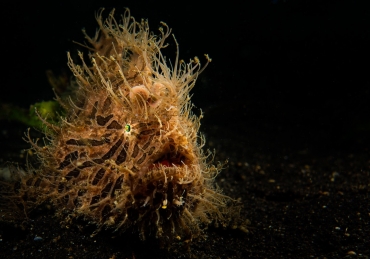 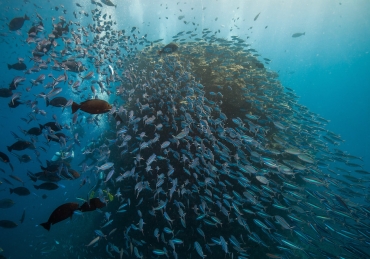 If You Can’t Beat It, Eat It

This is What Happens Inside Your Ear During A Scuba Dive!