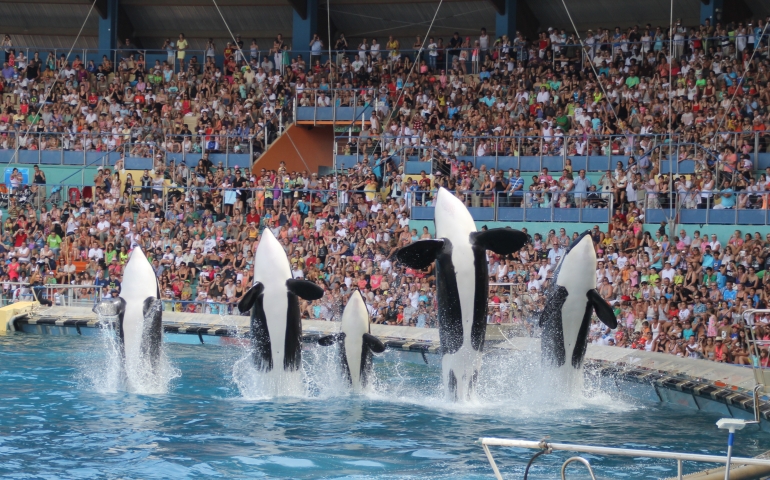 The French Environment Ministry cracked down on the controversial practice by introducing new regulations banning the breeding of whales, dolphins and other porpoises in captivity.

People opposed to right-wing extremist politics were not the only ones applauding France this week. Conservationists and ocean lovers alike rejoiced as the French government banned the breeding in captivity of orcas and dolphins. The move, a huge win for animal rights groups and conservationists, was precipitated by a growing international campaign against businesses that profit from exploiting marine mammals for entertainment.

The French Environment Minister Ségolène Royal issued two decrees last week setting out new regulations for the treatment of whales and dolphins. The first decree, signed on Wednesday May 3rd, prohibits direct contact between members of the public and the animals, and mandated that the pools housing dolphins and whales be enlarged at least 150%. It also banned the use of chlorine when treating water in the tanks housing dolphins and whales.

After hearing that “some animals were drugged” in aquariums, Royal decided the rule needed to be “more radical,” she told the Associated Foreign Press. As a result, the Environment Ministry issued a second sweeping decree on Friday banning outright the future breeding in captivity of orcas and dolphins. Animals currently in captivity were excepted, meaning that they will be the last kept under such conditions.

Aquatic parks that keep whales and dolphins were given three years to complete habitat expansion and six months to comply with the other regulations.

A joint statement released by five conservation groups, including Sea Shepherd, called it a “historic French advance,” that spells “the end of the breeding, exchange and import programmes.” Currently there are four aquariums in France that house dolphins and whales, including one of only two left in Europe that still hold captive orcas. The other is in the Canary Islands.

The French Association responsible for zoos and aquariums complained that they were not consulted before the rules were promulgated. Jon Kershaw, who heads the Marineland marine mammal park in Antibes in the French Riviera, complained to local media that the government’s decision was a “bombshell” for his business.

Effects of Captivity on Dolphins and Whales

International animal rights and marine conservation organizations have argued for years that keeping whales and dolphins in captivity has damaging psychological and physical effects on their health, dwarfing their life expectancy when compared to those free to roam the oceans.

First, orca whales and dolphins are highly intelligent predators that have been observed to have complex social and familial relationships. Orcas live in matrilineal pods, each of which hunts, communicates and navigates in its own unique way. Dolphins also live in pods made up of “complex social networks characterized by highly differentiated relationships.” These features are considered by marine biologists who study them as an advanced form of culture that is unrivalled by any species other than humans. For example, when orcas and dolphins are separated from their family members forced to swim in the same pool from different pods, incompatibility issues can arise with some whales attacking and bullying others. 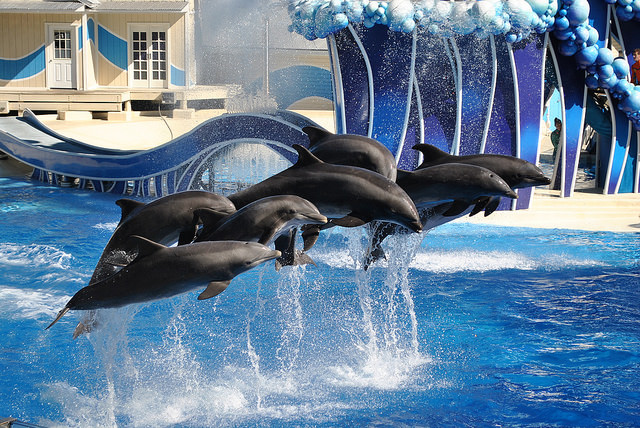 Dolphins performing in a show at SeaWorld in Orlando, Florida.  Photo Credit: Christian Benseler, Licensed under CC BY 2.0

Second, orcas and dolphins kept in captivity live isolated in unnatural habitats where they receive little mental or physical stimulation. Wild orcas can travel up to 160 kilometers (100 miles) in one day, but those kept in captivity have little space to swim, often living in small pools no longer than two body-lengths wide. Dolphins are also extensive travellers. For the animals kept in captivity, exercise routine consists of swimming in circles and performing various tricks in exchange for food.

Finally, captive orcas demonstrate aggressive tendencies towards humans that are not even observed among wild orcas, occasionally lashing out at their trainers. While several trainers have been killed by orcas kept in captivity, there are no documented cases of orcas killing humans in the wild. The only known cases of orcas attacking and killing humans were recorded in aquatic parks. Animal rights groups and others argue that the aggression is a result of increased stress levels induced from being separated from their family and living a monotonous life. Some of the animals are even given psychoactive drugs to manage their levels of aggression.

Blackfish Strikes a Blow to SeaWorld

The new French regulations come on the heels of intense national and international campaigns to ban the use of marine mammals for entertainment. While animal rights groups such as PETA have been agitating for many years, the movement gained steam over the past few years since the release of the documentary, Blackfish, in 2013.

The film focused on the death in 2010 of Dawn Brancheau, a trainer at SeaWorld’s Orlando park, who was drowned by an orca named Tilikum after being dragged underwater in a sudden act of aggression. By documenting Tilikum’s story, Blackfishuncovered major flaws in the treatment of orcas at parks like SeaWorld and the film amounted to a brutal indictment of the company.

In the wake of its release, Blackfish had the effect of raising public awareness of the issue and resulted in a negative public-relations campaign that had devastating effects on SeaWorld’s reputation and business.

Led by animal rights groups, members of the public engaged in sustained protests at all three SeaWorld locations in San Diego, Orlando and San Antonio. Celebrities and musical acts spoke out against the company and cancelled appearances at its venues. Corporations refused to renew or cancelled sponsorship deals and other partnerships.

As a result, attendance at SeaWorld facilities tanked and the company’s share price was cut in half between 2013 and 2015. Several senior executives resigned or were fired. SeaWorld mounted an expensive and ultimately unsuccessful counter-campaign, attempting to discredit the claims made in Blackfishby launching a TV and social-media offensive claiming the documentary conveyed falsehoods and manipulated viewers’ emotions.

Eventually, SeaWorld gave in to public pressure and announced that it would end its orca breeding program, and phase out its whale and dolphin shows in San Diego by 2017 and at its other two locations by 2019.

More Work to be Done

Despite the progress made in the U.S. and France, the work of animal rights groups and other conservation organizations is not done yet. Their shift has focused to the whales and dolphins remaining in captivity—23 in the U.S. and 4 in France. Most organizations hope to have the animals moved to seaside sanctuaries where they can be reintegrated into the ocean and have some semblance of a natural life. 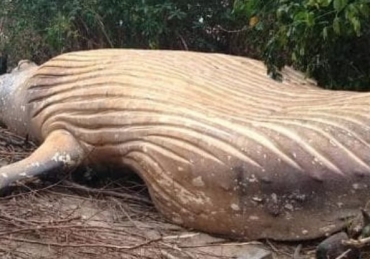 A Dead Humpback Has Been Found in the Amazon Jungle 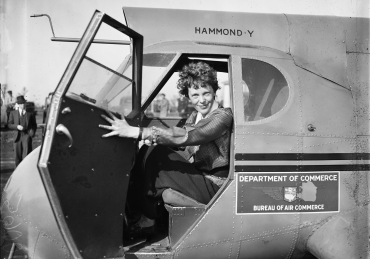 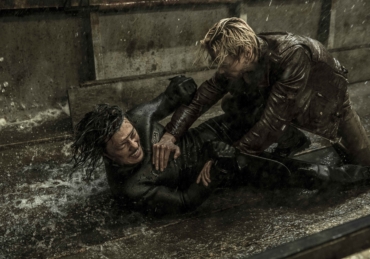 Syncing Up and Sinking In: Southeast Asia