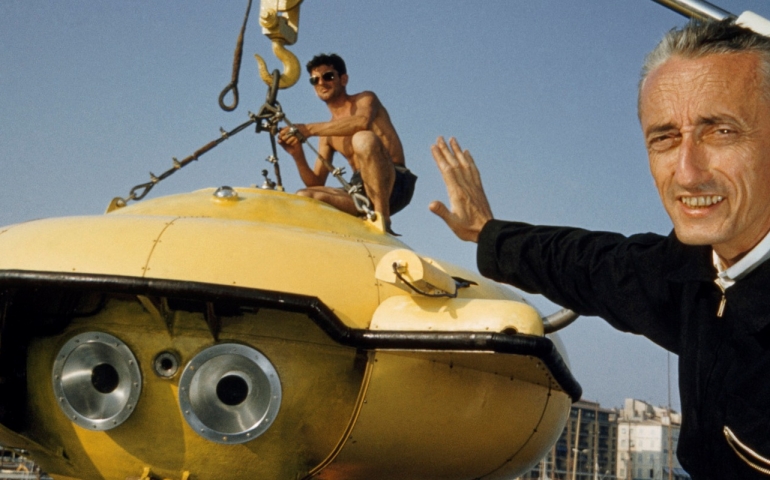 This article is the last of a three-part series examining Jacques Cousteau’s legacy in the world of diving. The first one delved into the history of scuba diving, and the second on Cousteau as the educator who taught the world about the ocean. This one investigates his range of inventions and innovations.

While most renowned as an ocean explorer, oceanographer, scuba diver, photographer, and documentary filmmaker, Jacques-Yves Cousteau was also a serial inventor and an innovator. His creative vision shepherded the development of tools that would significantly impact fields as diverse as diving technology, underwater photography, human physiology and sailing. His endless thirst for exploration and commitment to learning about the ocean were the primary motivators behind his creations.

The Aqua-Lung, Your Friend

Cousteau is often named in one breath with the Aqua-Lung. Made up of a compressed air tank, air hose and a demand regulator, the Aqua-Lung was the first practical and effective open-circuit SCUBA system capable of delivering air at the correct pressure level only when the diver needed it. The unit was compact, easy to transport, and relatively inexpensive.

Before its invention, divers were limited to wearing cumbersome diving suits that relied on air being pumped from a ship at the surface or using crude and dangerous rebreathers, which extracted and recycled oxygen from exhaled carbon dioxide. The Aqua-Lung gave divers freedom of movement and previously unattainable bottom times. 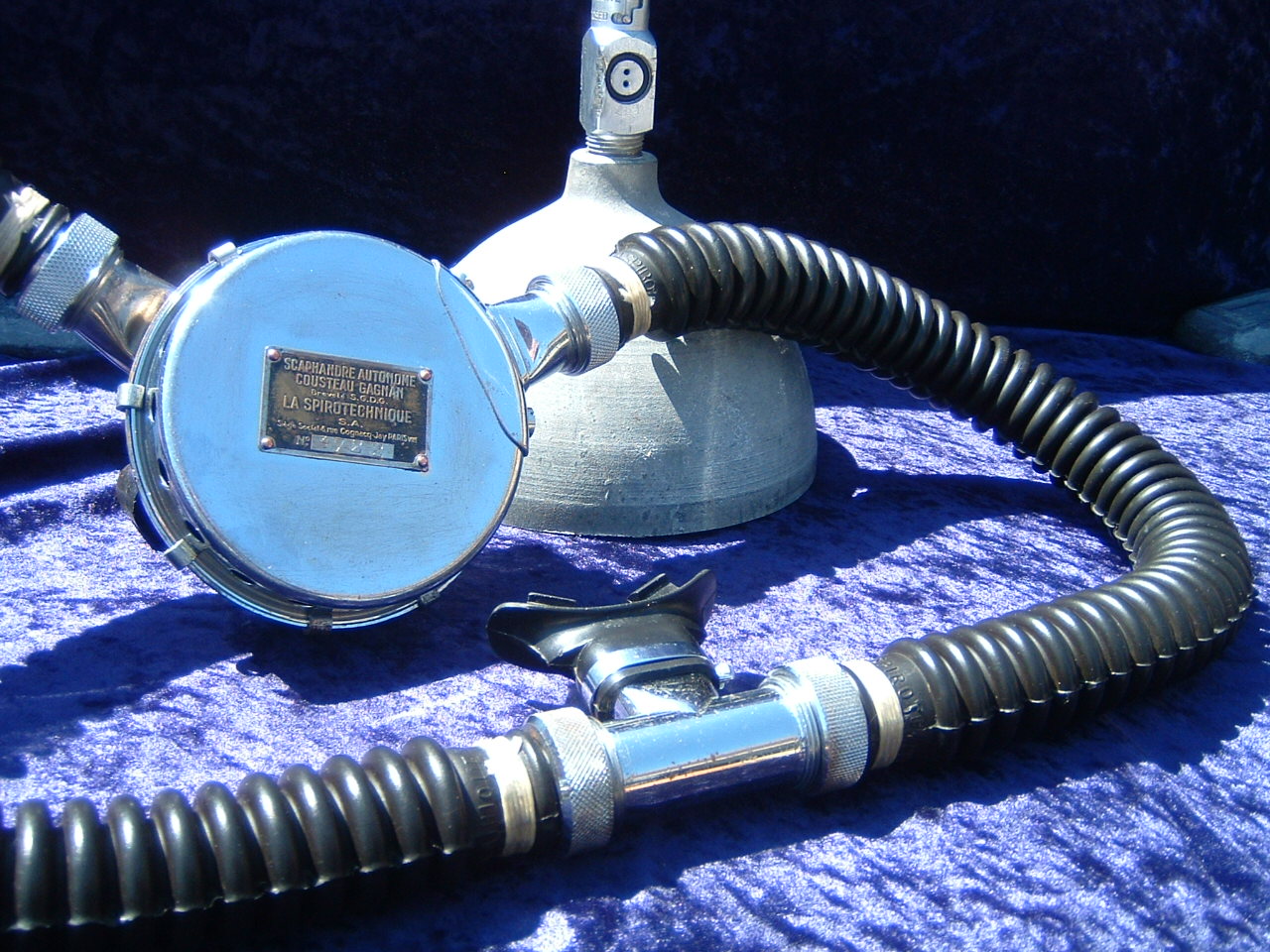 Cousteau created the Aqua-Lung in 1942 in collaboration with engineer Emile Gagnan. Together, they founded La Spirotechnique, a division of French company Air Liquide, to market and export the Aqua-Lung. The patent was leased to foreign companies, including Siebe Gorman in the UK and US Divers in America, and soon Aqua-Lungs were being sold around the world.

The Aqua-Lung was the first scuba device to attain worldwide popularity and achieve significant commercial success. It paved the way for decades of recreational diving and cemented Cousteau’s place in diving history. But this was only the beginning of a long and illustrious career of inventions and innovations. 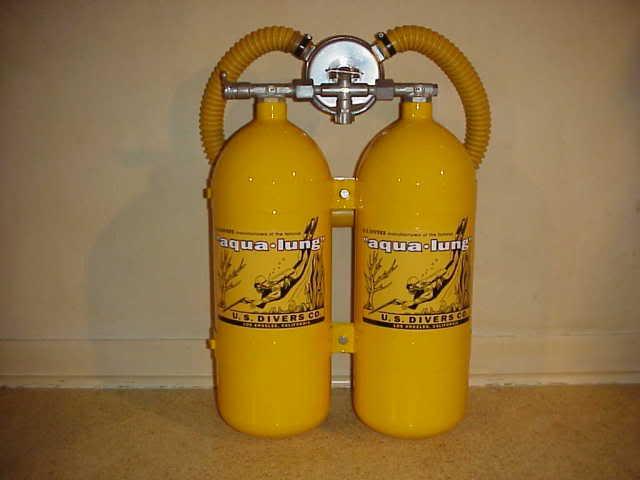 A later iteration of the Aqua-Lung.  Image Source: Quigley’s Cabinet

Your Eye in the Sea: the First Underwater Camera

Jacques Cousteau was also a pioneer in the field of underwater photography. Photography and videography were very important to Captain Cousteau’s mission and a teenage Cousteau had already been taking video cameras apart and reassembling them. In the 30’s, he adapted his camera for underwater use by creating a waterproof housing case out of metal, rubber and glass.

His key contribution to underwater camera technology came in 1960 when, in partnership with a Belgian inventor named Jean de Wouters, he created the first fully integrated 35-millimeter waterproof camera. Named after the ship Cousteau had come to love, the Calypso-Phot camera was able to operate down to a depth of 60 meters/200 feet without a case. The camera was made up of two parts: the main body of the camera and an external faux-seal skin body, which were locked together with the lens and sealed with an O-ring. 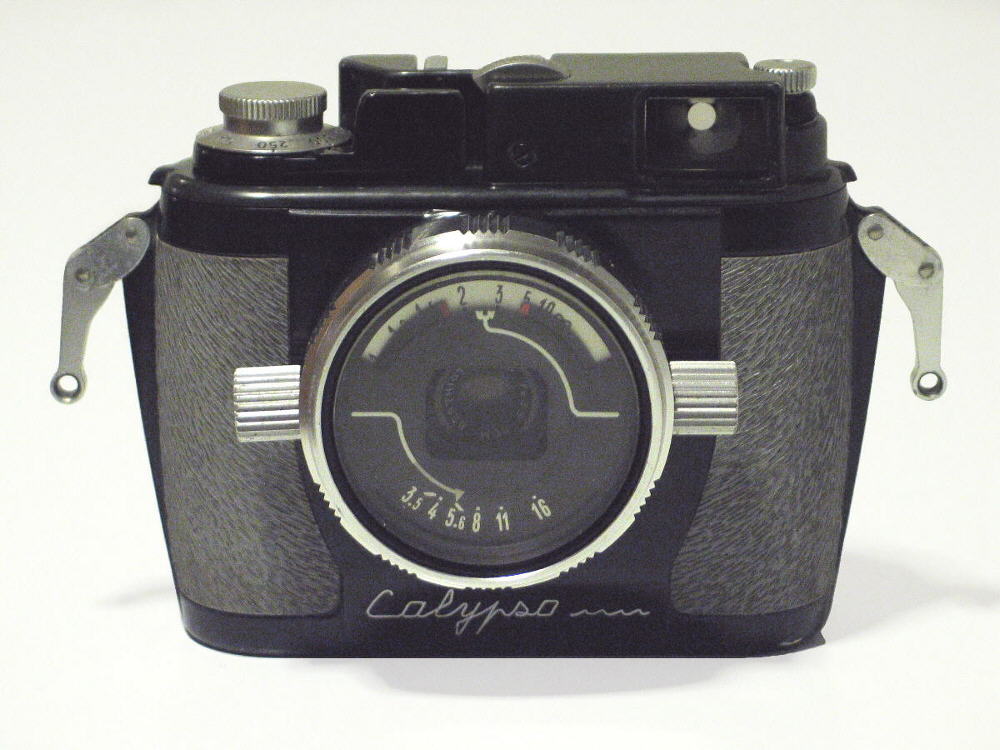 The Calypso-Phot became the first commercially successful underwater camera of its kind. It was so popular, in fact, that Nikon purchased the patent, took over production and began selling it as the Nikonos, which became the standard camera among amateur and professional underwater photographers over the next two decades.

It Came from Above the Sea: The Diving Saucer

Ever the explorer, Cousteau developed a way to enhance his abilities to travel underwater in the form of the diving saucer. Essentially a small submarine, the diving saucer was one of the first underwater vehicles designed specifically for scientific exploration and research.

The first diving saucer, the SP-350, could hold two divers and could dive to depths beyond 350 meters. It contained a jet propulsion system that allowed it to navigate in all directions. Sailing along at a maximum speed of 3.7 kmh (2.3 mph), the two crew members would observe their surroundings through a series of portholes placed at various locations near the front of the vehicle. A mechanical arm could be attached to the front end of the vehicle to pick up objects the crew wanted to examine more closely. Adjustable lights would be used for night diving or when the saucer was doing deep dives. 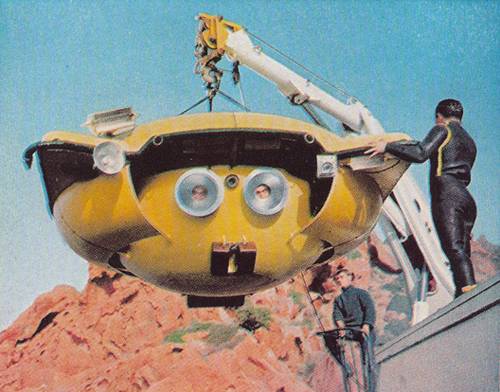 The diving saucer became a key addition to Cousteau crew’s tool box on board the Calypso enabling his team to reach new depths and conduct scientific research areas of the ocean that they could not reach using scuba equipment. A crane was attached to the rear deck of Calypso that would lower the saucer into the water at the beginning of an expedition. The SP-350 conducted well over 1,500 dives.

In 1965, two new advanced personal submersibles were created. These one-man diving saucers could descend to over 500 meters and were dubbed the ‘Sea Fleas’.

Cousteau was also responsible for the first experiment testing whether humans could live in underwater habitats for extended periods of time. The Continental Shelf project was headed by Cousteau, but funded by French petrochemical companies, who were interested in exploring the possibility of using populated underwater habitats as a base for mining and drilling operations.

The project consisted of the construction of several structures that would serve as underwater living quarters and research stations. Groups of researchers from Cousteau’s team would live in the pressurized environments for extended periods of time, supported with air, water, food, power and other essentials from the surface. Doctors would closely monitor their bodies, conducting daily tests to track the physiological effects of staying at depth. During the day, they would exit the structures to go scuba diving and perform research activities. 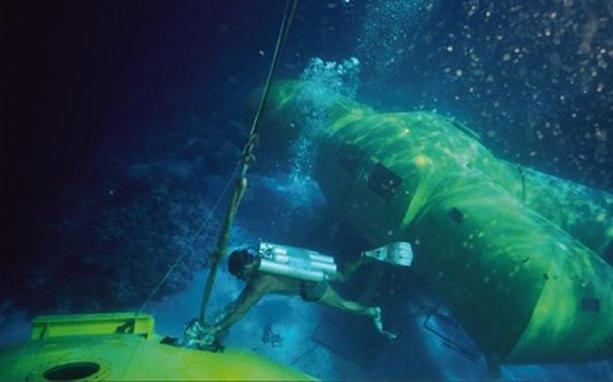 Conshelf II off the Reef of Sudan in the Red Sea. Source: Cousteau Society

Conshelf I was set up in 1962 off the coast of Marseilles, and it consisted of a long cylindrical structure suspended at a depth of 10 meters. Two ‘oceanauts’ lived there for a week. Conshelf II resembled a small underwater village, with a starfish-shaped main habitat at 10 meters equipped with an aquarium, a parking garage for the diving saucer, and an equipment hangar. Another deep station was installed 15 meters further down. For Conshelf II, five oceanauts lived underwater for a month, with two oceanauts spending a week in the deep station. Conshelf III was even more ambitious, featuring a 100-meter deep building housing six oceanauts, who lived there for three weeks.

The Conshelf project proved that human beings have the physical and psychological capabilities to live underwater for long periods of time. While the original plan called for a five-station project that would take over a decade to complete, Cousteau had a change of heart as the project progressed. As he became more concerned about the negative effects humans were having on the oceans, he decided he would rather put his efforts towards conserving it than helping corporations develop ways to exploit it. The project was therefore abandoned before it was completed.

The Turbosail was an idea that reflected Cousteau’s lifelong shift towards environmentalism. He dreamed of harnessing the power of natural wind to power ships, allowing them to conserve energy and reduce pollution created from burning fossil fuels.

The Turbosail was a wind-power system, developed in association with Professor Lucien Malavard and Dr. Bertrand Charrier, that would be attached to a ship with a modern engine. Consisting of massive cylinders jutting upwards from the deck of the ship, the Turbosails, as the Los Angeles Times once wrote, worked by “combining the orientation capabilities of a sail with the aerodynamic design of an airplane wing.”

Two adjustable flaps ran the height of each cylinder. The flaps could be opened and closed and the cylinders rotated based on the direction of the wind. The sails could power the ship by simply adjusting the flap at the back of the sail and catching the wind. The result was a hybrid system where the Turbosails would provide power when sailing in strong winds and the engine would take over when the wind died down.

Cousteau oversaw the design and creation of a new expedition ship, the Alcyone, to test the operation of the Turbosail. The ship became the Cousteau Society’s primary research vessel from the 1980s onwards. 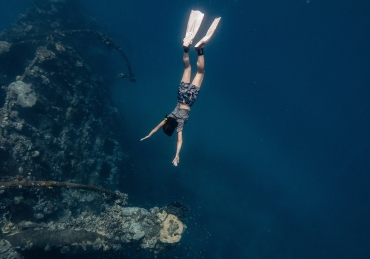 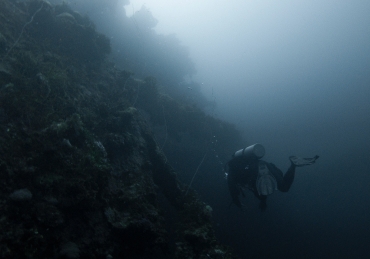 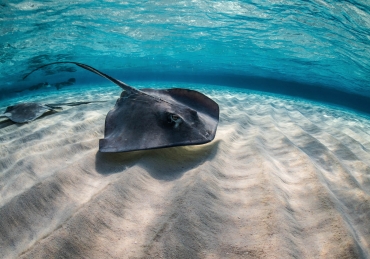